Today is the last day of 3rd grade and 6th grade for my kids. I found myself reflecting on all the things that have gone on in the year as I was scrolling through photos on Facebook to find their first day of school pictures. It's been a really good year in many ways. I start writing down all the things that I want to remember about this school year and realized that it was like celebrating the new year. 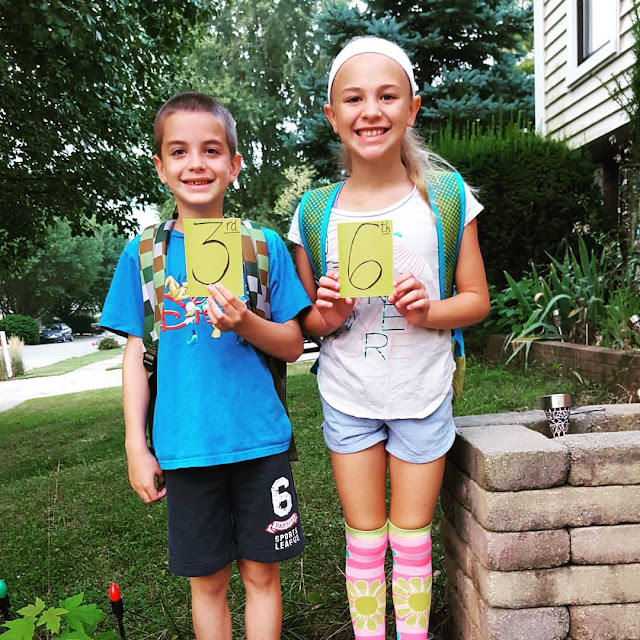 Zach had a teacher who was new to our school. He was in a "cabin" classroom - meaning a nicely appointed trailer behind the school.

Teagan had 2 teachers who have taught together for years and had long teaching careers.

Over the course of the school year:

We visited the Art Museum, made trips to the State Fair, went on walks in many different parks, went to Jingle Rails at the Eiteljorg, visited the Indiana Historical Society, and went to 2 different rallies (we all went to the Kids Rally for Peace and I went to the Women's March). Teagan and I did the CROP Walk and also the Walk for Dreams (both events support organizations that fight hunger and homelessness). 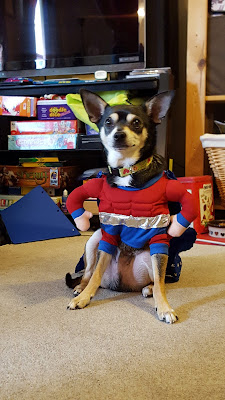 We saw Joseph and the Amazing Technicolor Dreamcoat. Twice. Once, Teagan and I went with friends to a local church production. Then the kids and I went to see it at a local theatre.

We attended a performance by the Carmel Symphony Orchestra. Teagan started band at school, playing the euphonium. Zach and Teagan sang with the children's choir at church. Teagan joined the handbell choir with me. Teagan was in her school musical and played Kristin Chenoweth. Zach sang and danced i nhis school music program.

I discovered a love of jewelry. But only this $5 per piece jewelry.

Jeff and I went out to dinner to celebrate his milestone birthday. No need to mention which milestone. 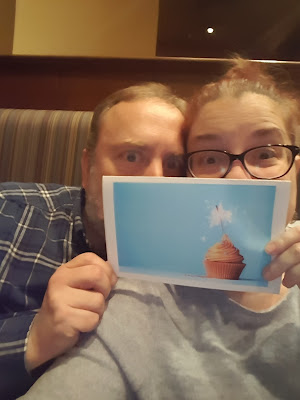 The kids both had strep and pink eye. Then Zach got strep 2 more times. I had all kinds of health stuff - an overnight in the hospital for heart afib, seeing a hematologist and getting iron infusions for my anemia, ablation and tubal removal to also help with the anemia. I had my first mammogram.

Teagan took a sushi making class. Zach was a platypus in his class "zoo wax museum." Teagan got glasses. Bandit had to wear the "cone of shame" after needing a minor procedure.

We vacationed for spring break in the Smokey Mountains - Gatlinburg, Pigeon Forge. We also got to add a surprise 2 nights to our trip - meeting up with friends who were returning from their Florid trip! We spent a weekend in Sieverville, TN. We discovered Berea, KY on our trip home.

Teagan and Christy did indoor skydiving (on our spring break trip).

My brother, Ted, got engaged - which means I will soon have a sister (Rebecca)!

We've read many books, spent time with friends, played and cheered for our church softball team, added a piano and antique bed (gifted to us by friends who are moving across country) to our home, watched movies, discovered fun TV shows, hugged, laughed, snuggled, played.

We've also had a lot of disagreements, had a lot of misery on our fun activity vacation, had a lot of attitudes and eye rolls and arguments and such. Work has been pretty stressful - simply the nature of the job in certain circumstances.

But with this last day of school, I'm looking back and realizing how much my kids have grown in this past year. Zach has really come out of his shyness shell. He has been gently coached to be able to speak in front of people - which he did both at church and at school. He was a "book buddy" at school - meaning having reading time on a regular basis with a kindergartner throughout the year. He joined the choir at church - something he has always given a hard no to in the past. He has strongly connected with a few families at church. He has learned so much in this school year - he is always impressing me with the random math or science things he brings up in the car. We were at the library and he told me that he knew the best way to pick out a book. You read the first page and if you know all the meanings of the words, it's too easy. If you don't know most of the words, it's too hard. But if it interests you and you have to infer the meaning or look up a few words, it's just right.

Teagan has really grown this year, too. She is ending her year with straight A's and she worked hard and independently to earn those grades.She has navigated friendship issues, stepped away from drama, and befriended people who just need a friend. She has demonstrated kindness and compassion in some big ways. She has been brave and adventurous. She is in this age where so many of her friends want to be like teenagers and she isn't ready to give up being a kid. She has just started to wear a small amount of make up (mascara, lip gloss). She isn't quite to a point of having a crush - but I think we're on the verge of realizing that those feelings are starting to brew.

All in all, even with the lows and bumps and not so fun times, it's been a good year. On to 7th and 4th grade!! 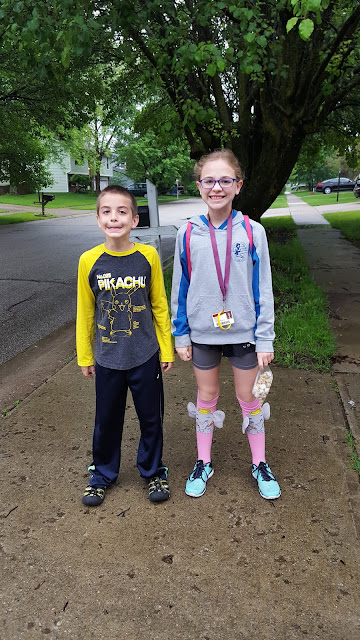 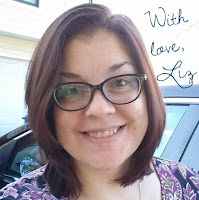