And what a great State Fair it is (yet again)!

I think something that makes the Fair a success, for me, is when I discover something new or do something I've never done or taste something I've never had before.  There was one year where I left feeling disappointed because it had just been all the same old same old stuff.  Don't get me wrong - I have my Fair traditions and things I must do.  But it's the unexpected moments and finds that make the Fair special.

I spent 12 hours at the Indiana State Fair with my kids and husband and part of that time with a group of bloggers/friends.  And then I went back on Tuesday evening for a few hours of fun with some of my co-workers.

This was the first year in decades that alcohol has been allowed on the Fairgrounds.  Rather than just having a beer tent on the Fairgrounds, I really like how our State Fair has handled the reintroduction of alcohol.  instead of just drinking beer, the exposition is in a single building and is focused on Indiana produced beer and wine.  There were about 6 vendors there when I visited with my friend, GotchaBaby.  There were 2 wineries, an orchard (hard ciders), and 4 breweries.  We each paid $5 dollars and received 4 tasting tokens.  If we'd found something we'd liked, there was a bar and sitting area where you can buy a glass for $5.  When you enter, you must show ID, you get a wristband with 3 stubs on it.  When you buy a tasting or a glass, they remove one of the 3 stubs. 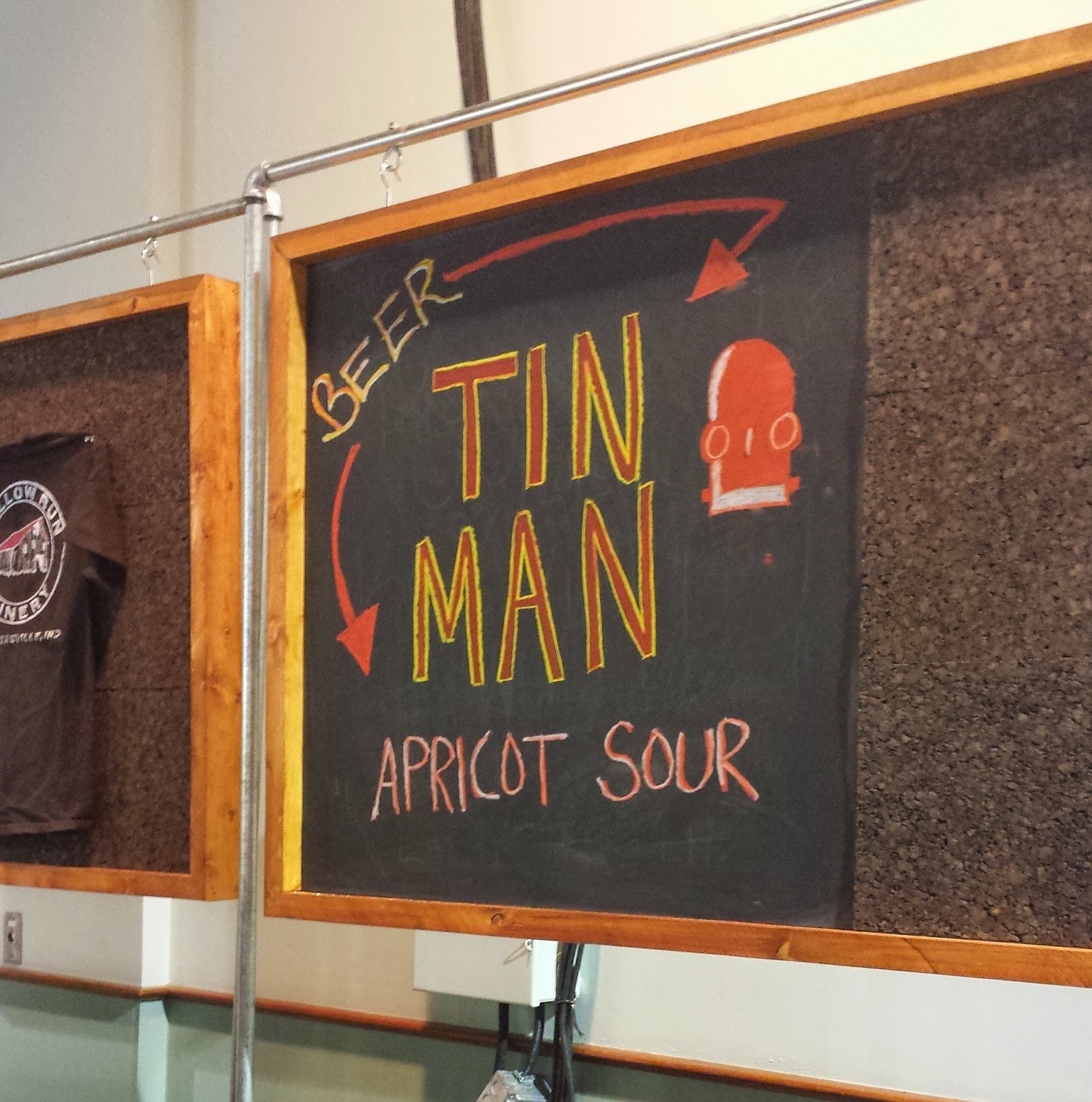 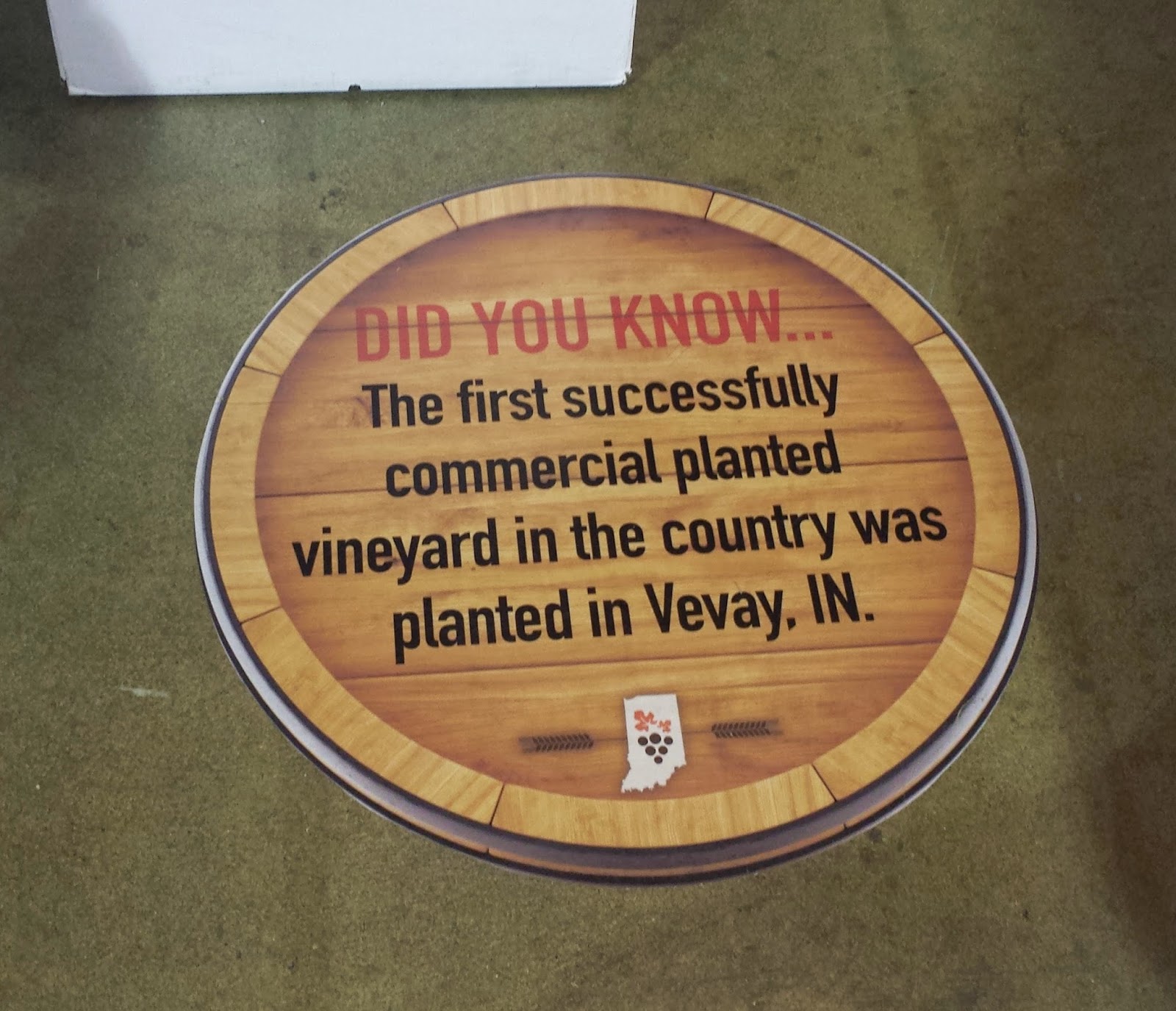 One of our favorite areas is the Family Fun Park.  Teagan is almost too big for Little Hands on the Farm but she did still enjoy it this year.  We had fun strollin gthrough while the kids did the set up farm chores. 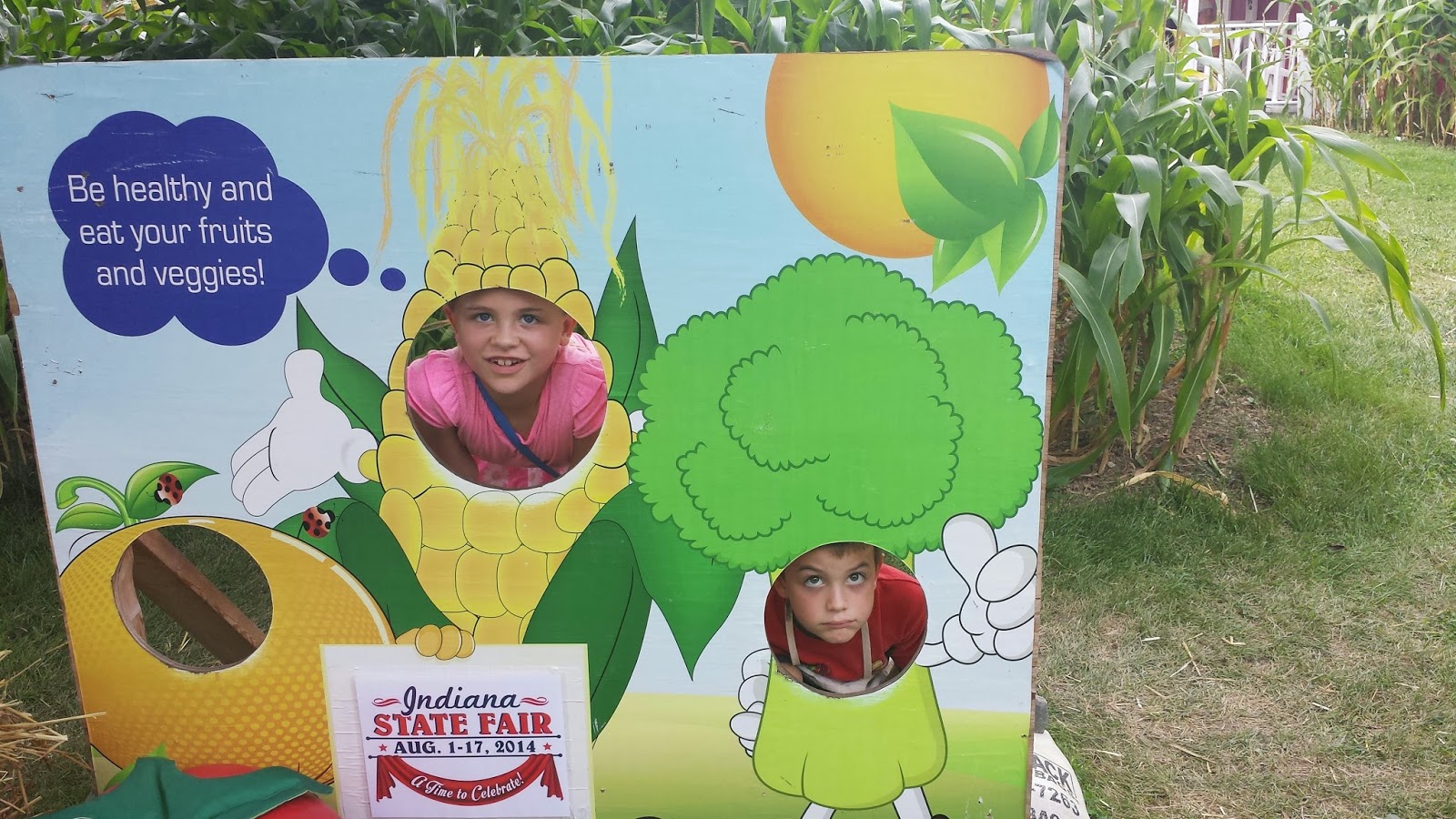 A visit to Pioneer Village found a new treat - a real barber!  He asked that we just pay him whatever we would pay to get a haircut elsewhere.  Zach enjoyed his old fashioned haircut and loved getting a matchbox car when he was done.  I think he also liked all the attention from people walking by. 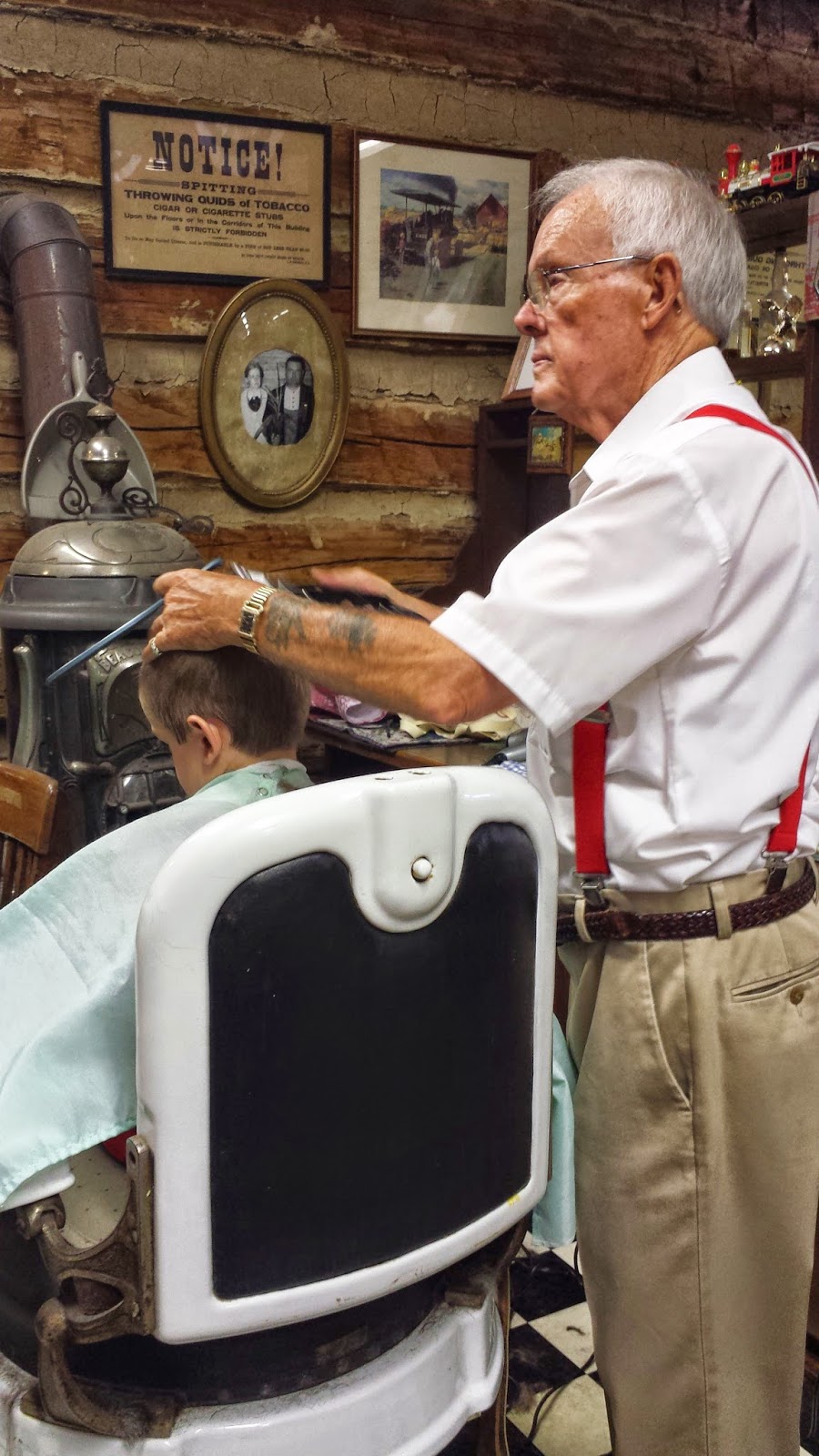 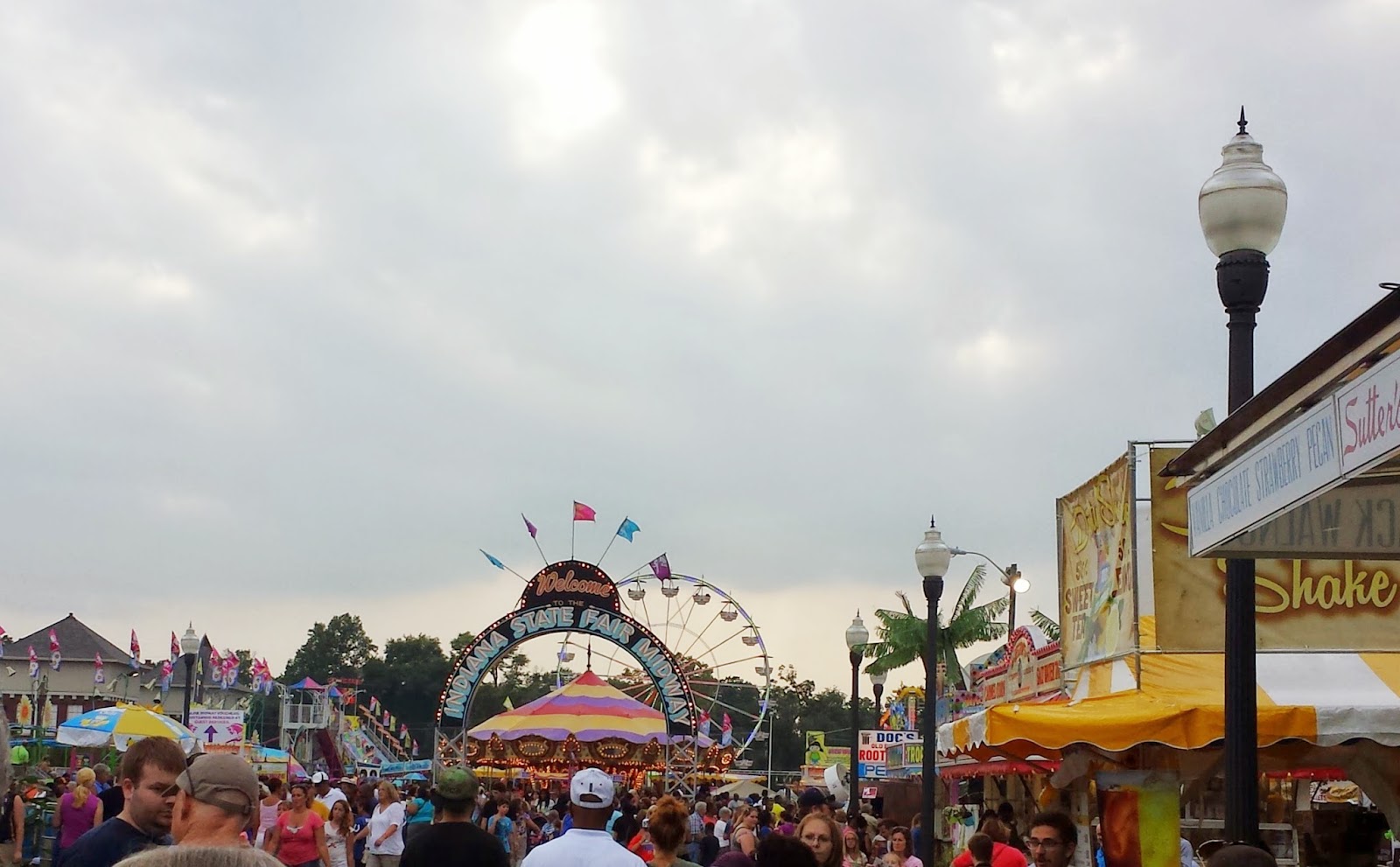 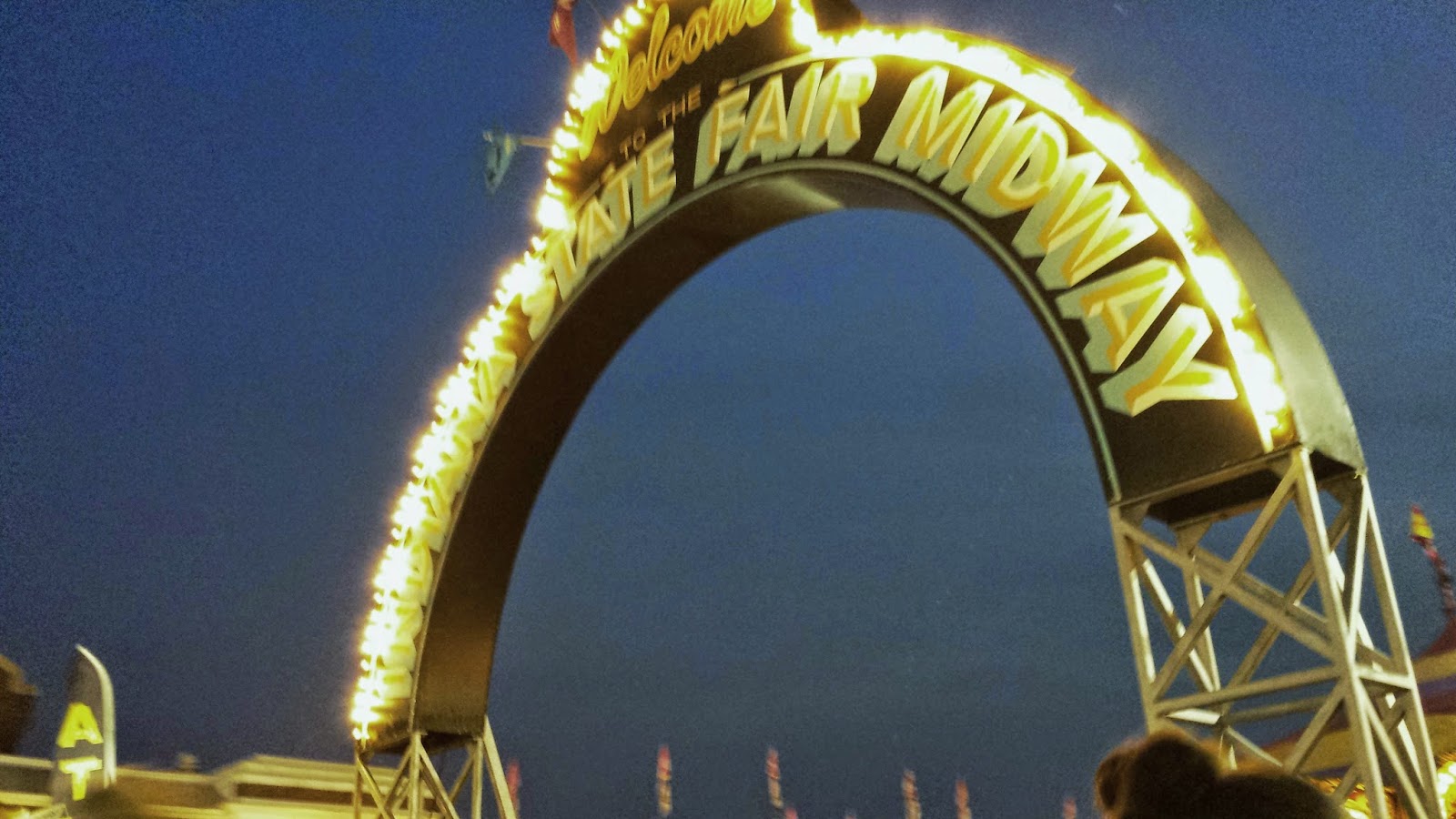 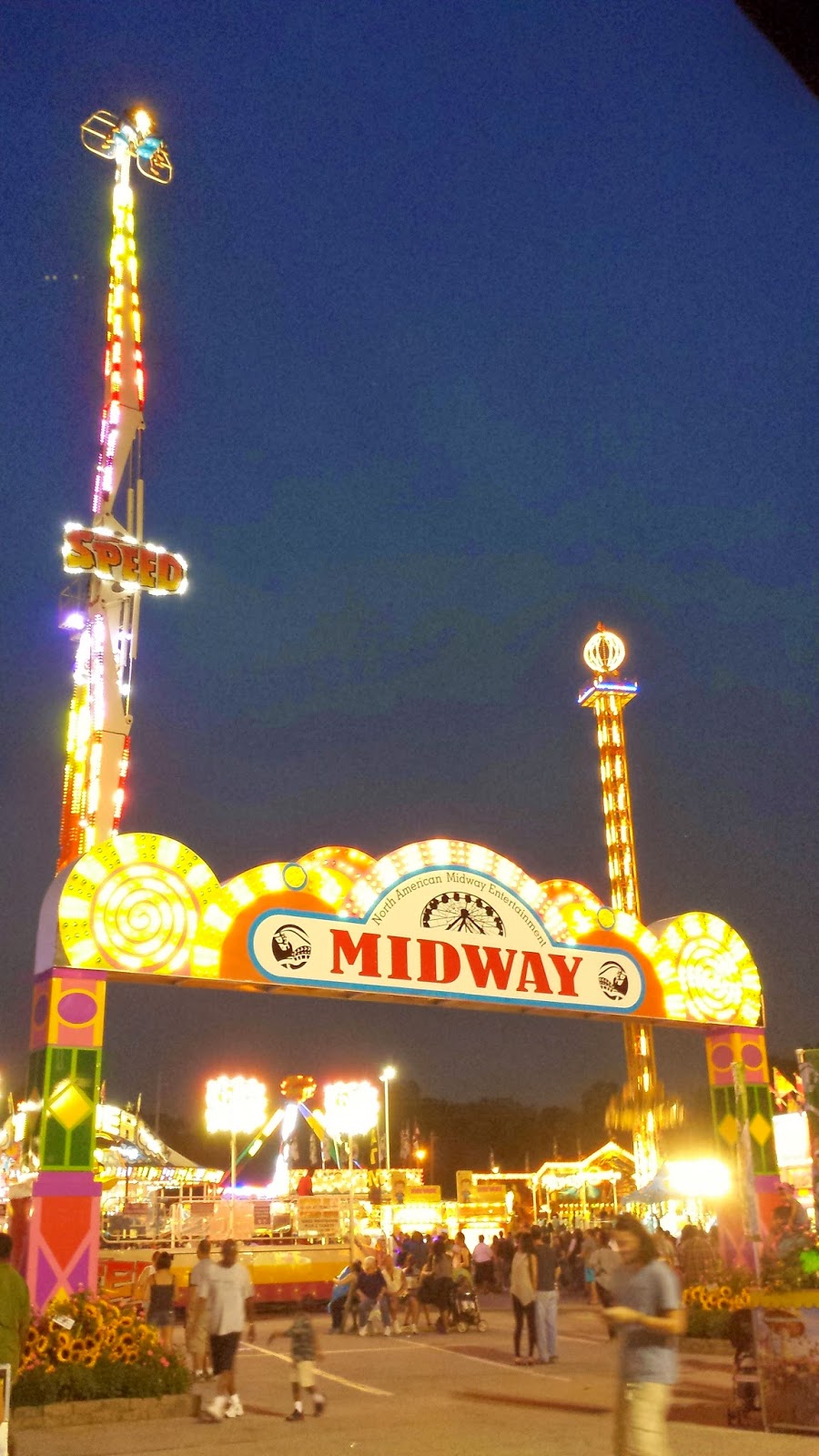 Zach took to the giant slide all by himself.  He went once.  And then swore to never ever go again.  His faces crack me up in this series! 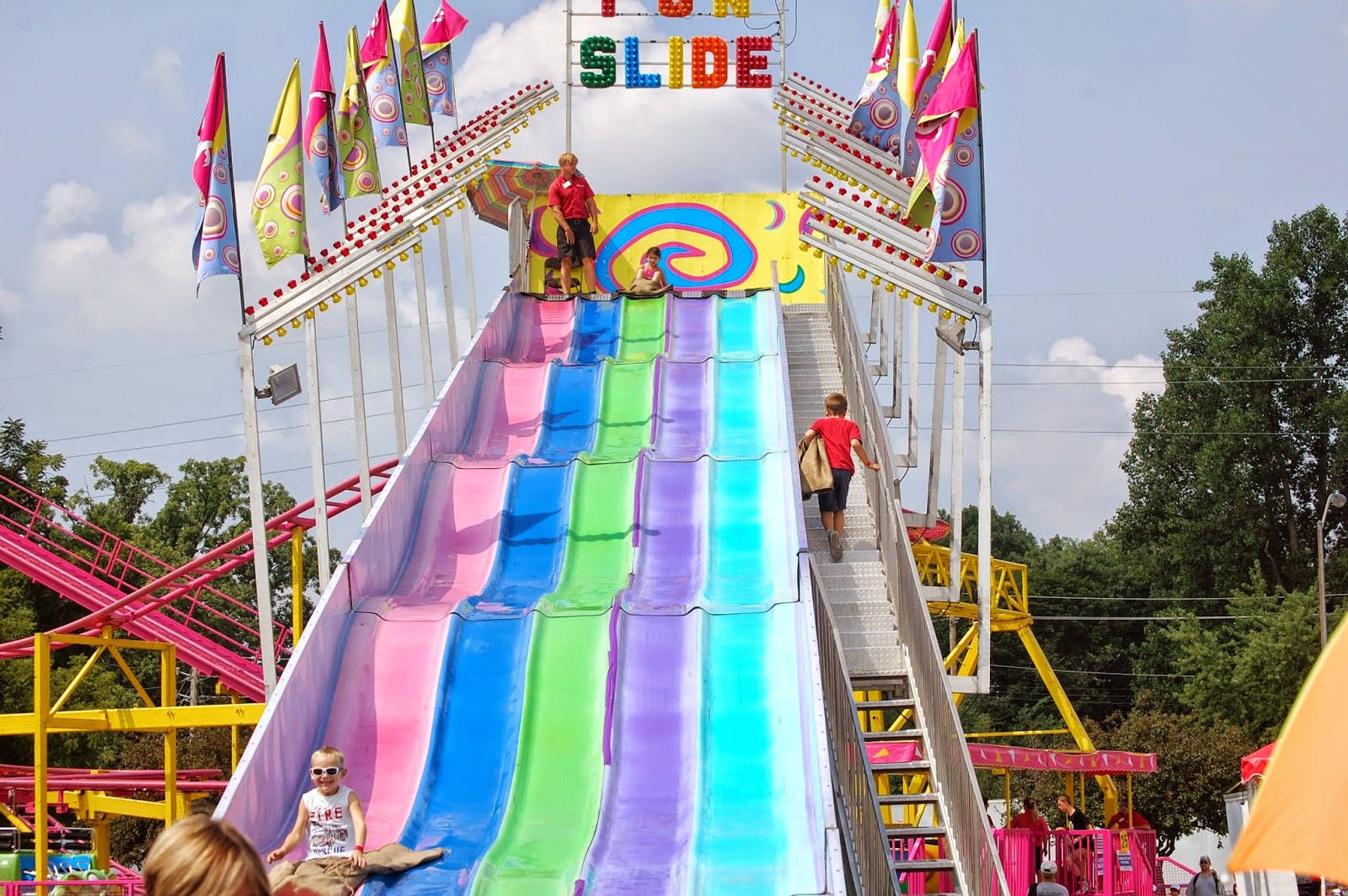 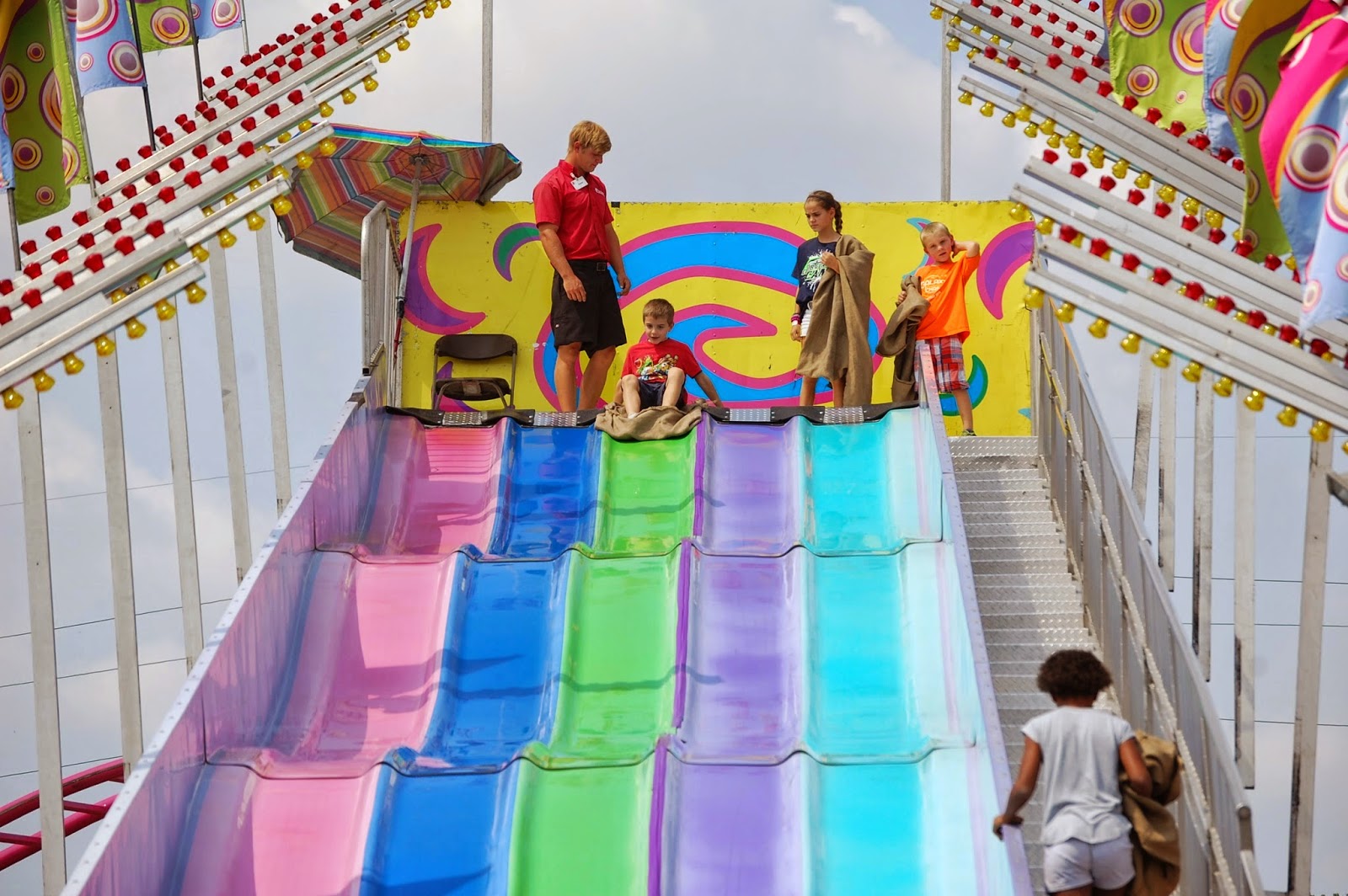 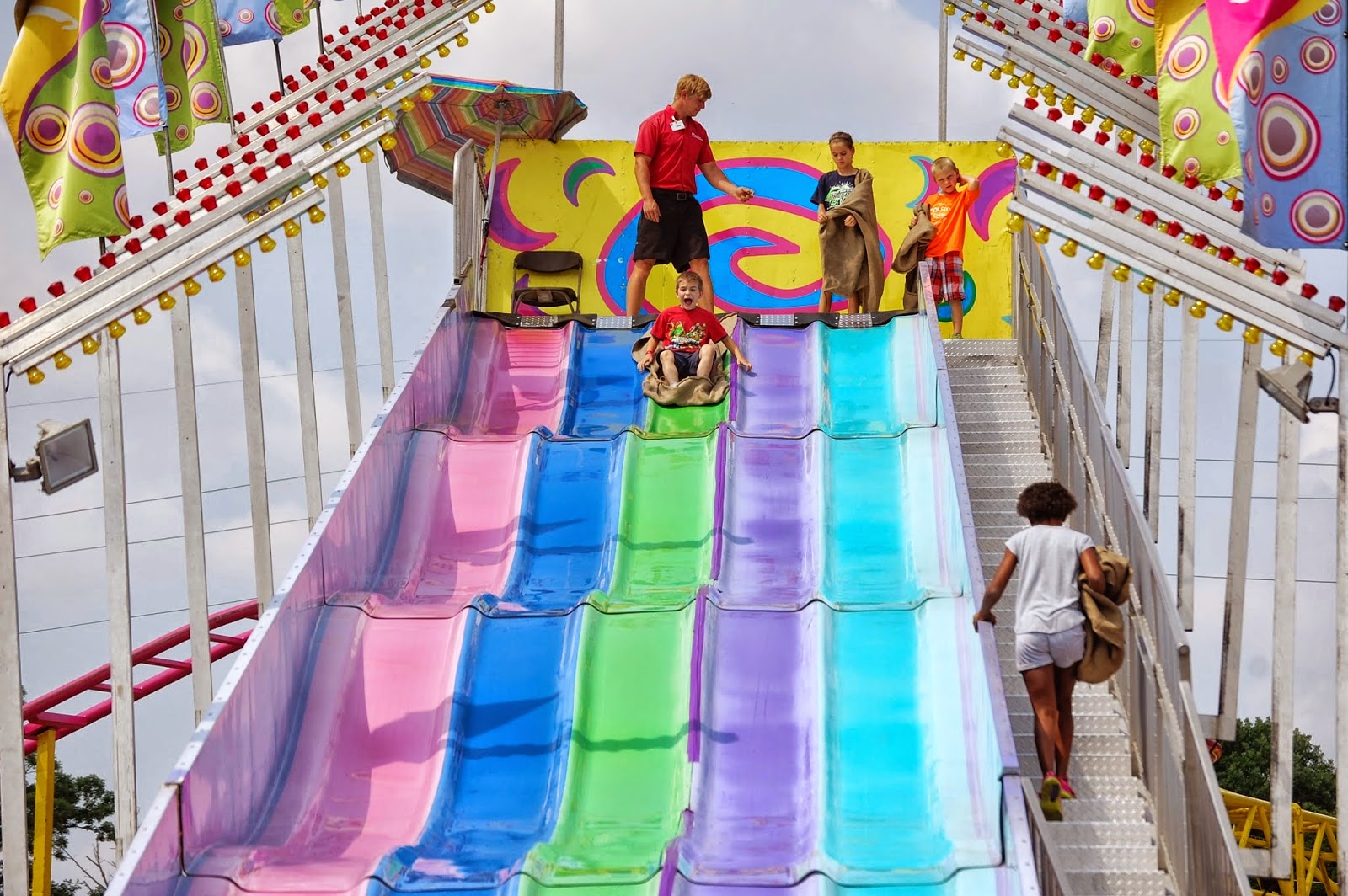 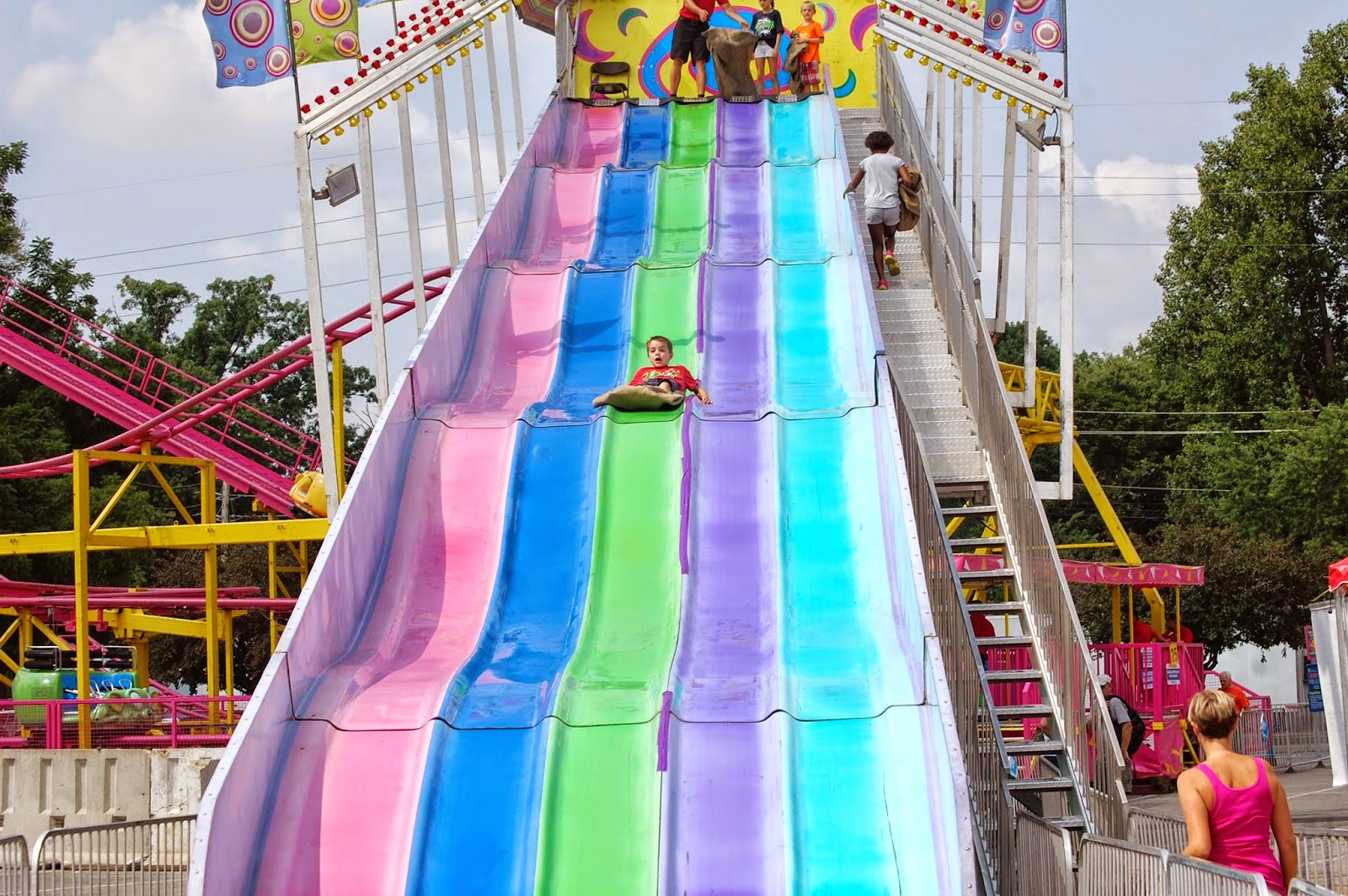 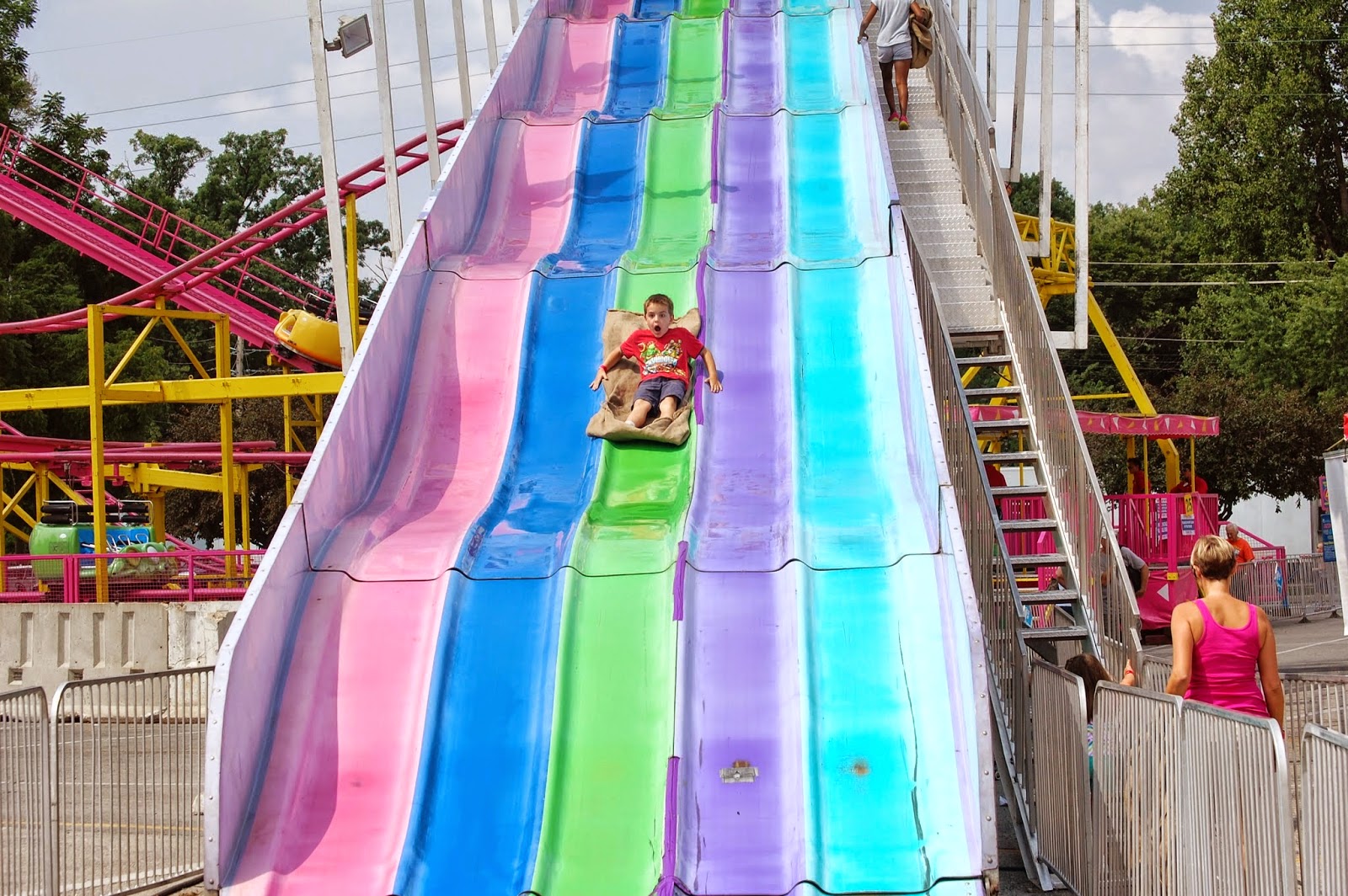 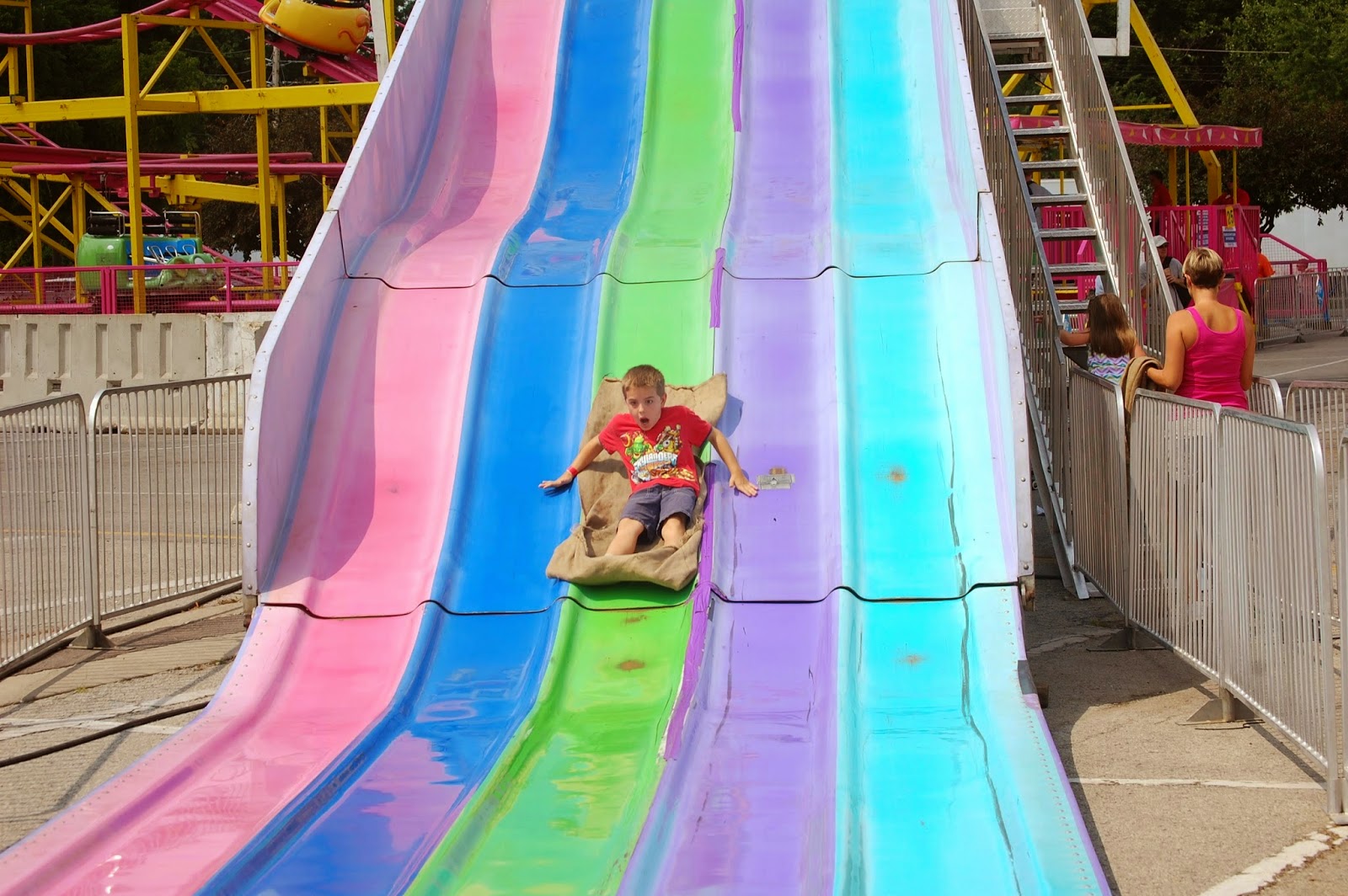 Teagan hung out with a friend and they enjoyed racing from ride to ride on the Midway. 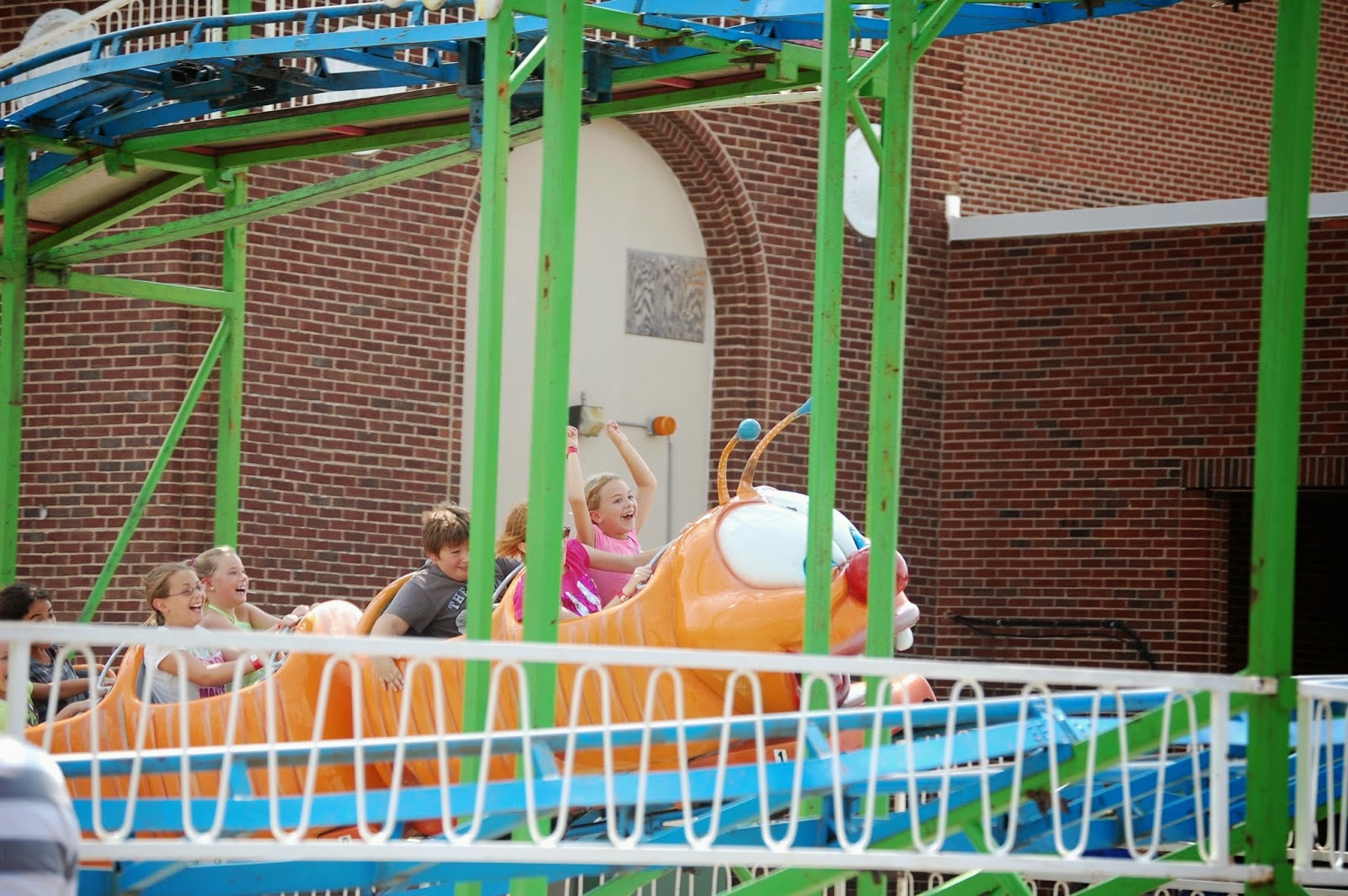 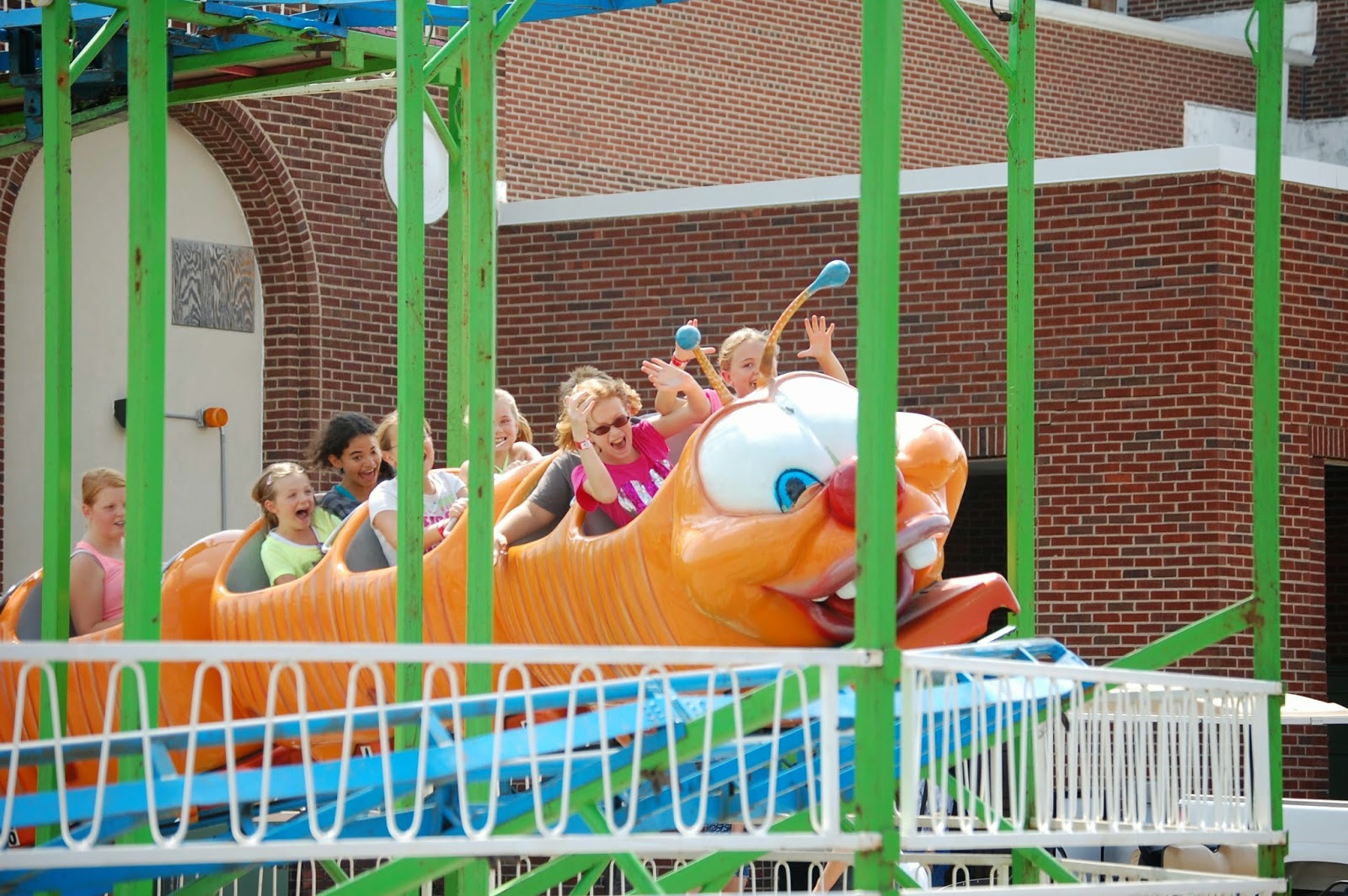 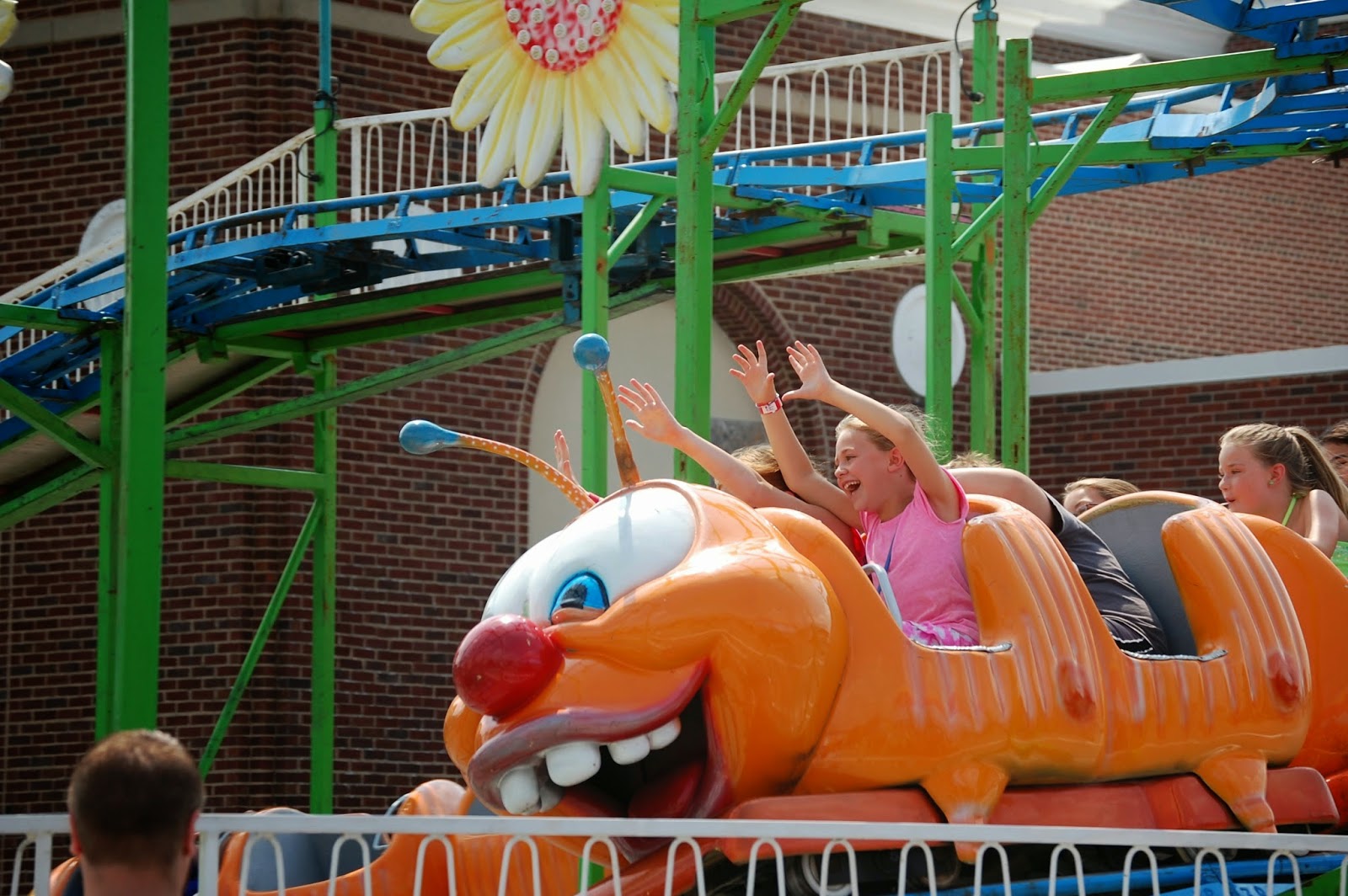 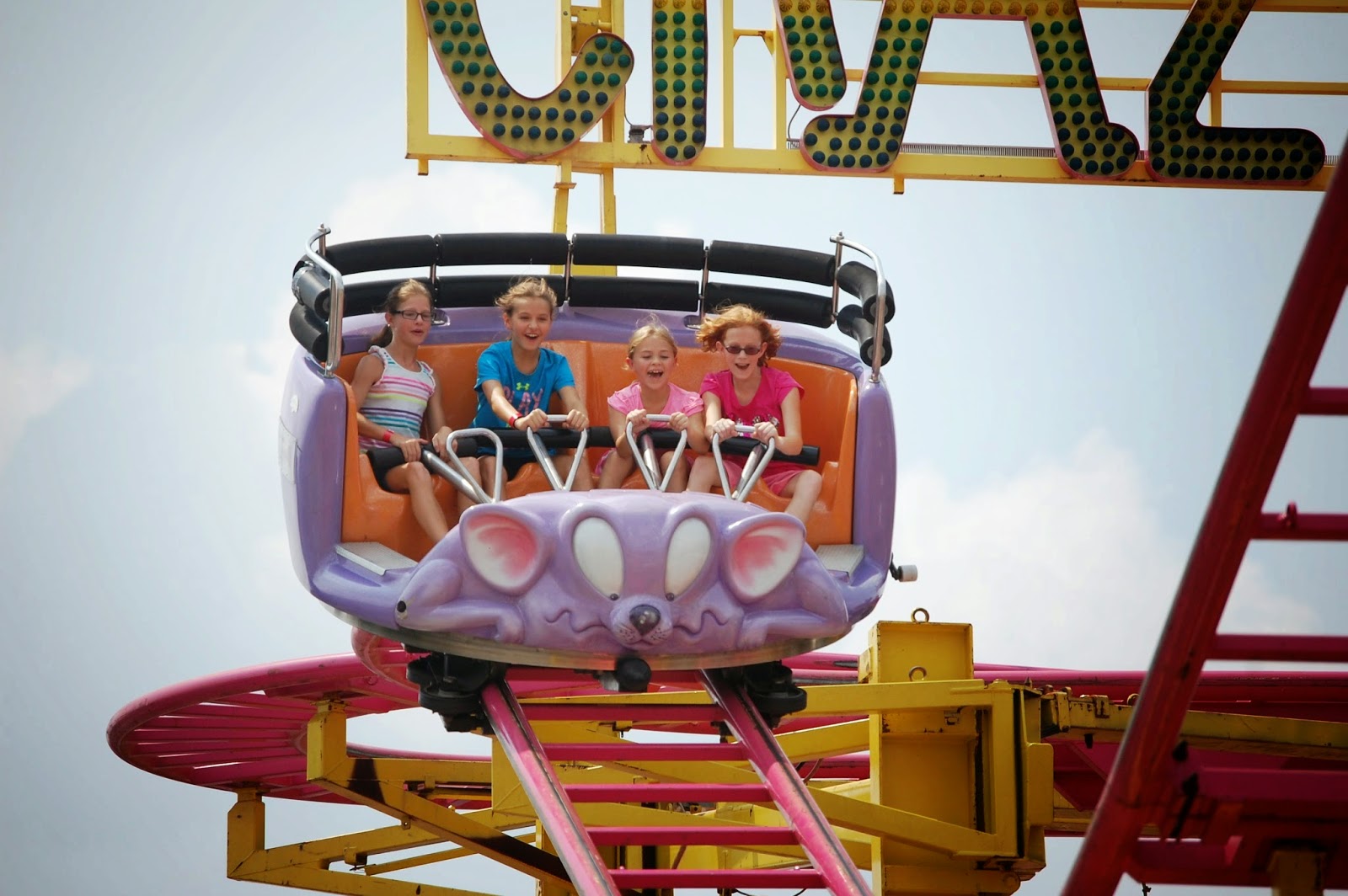 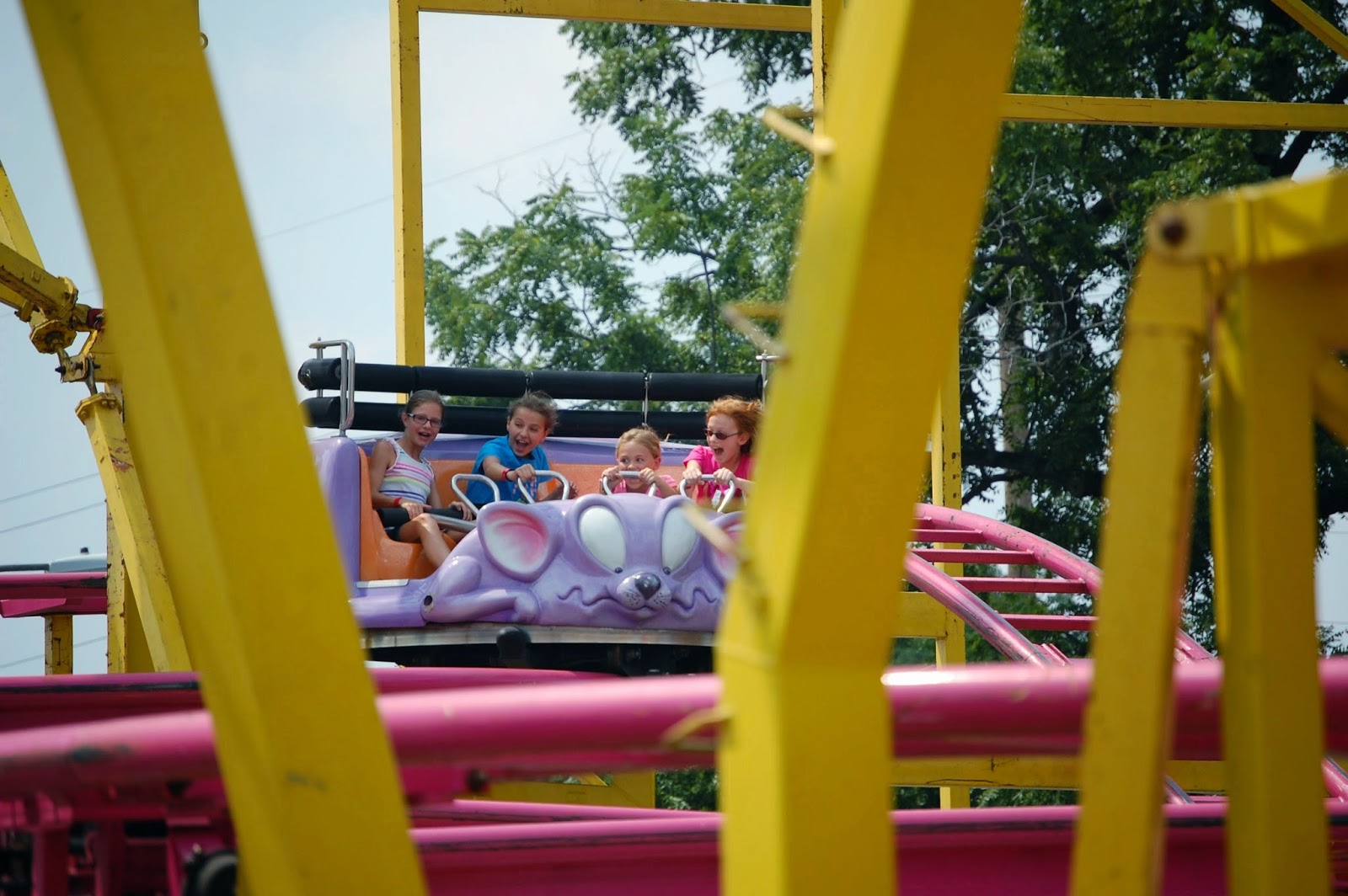 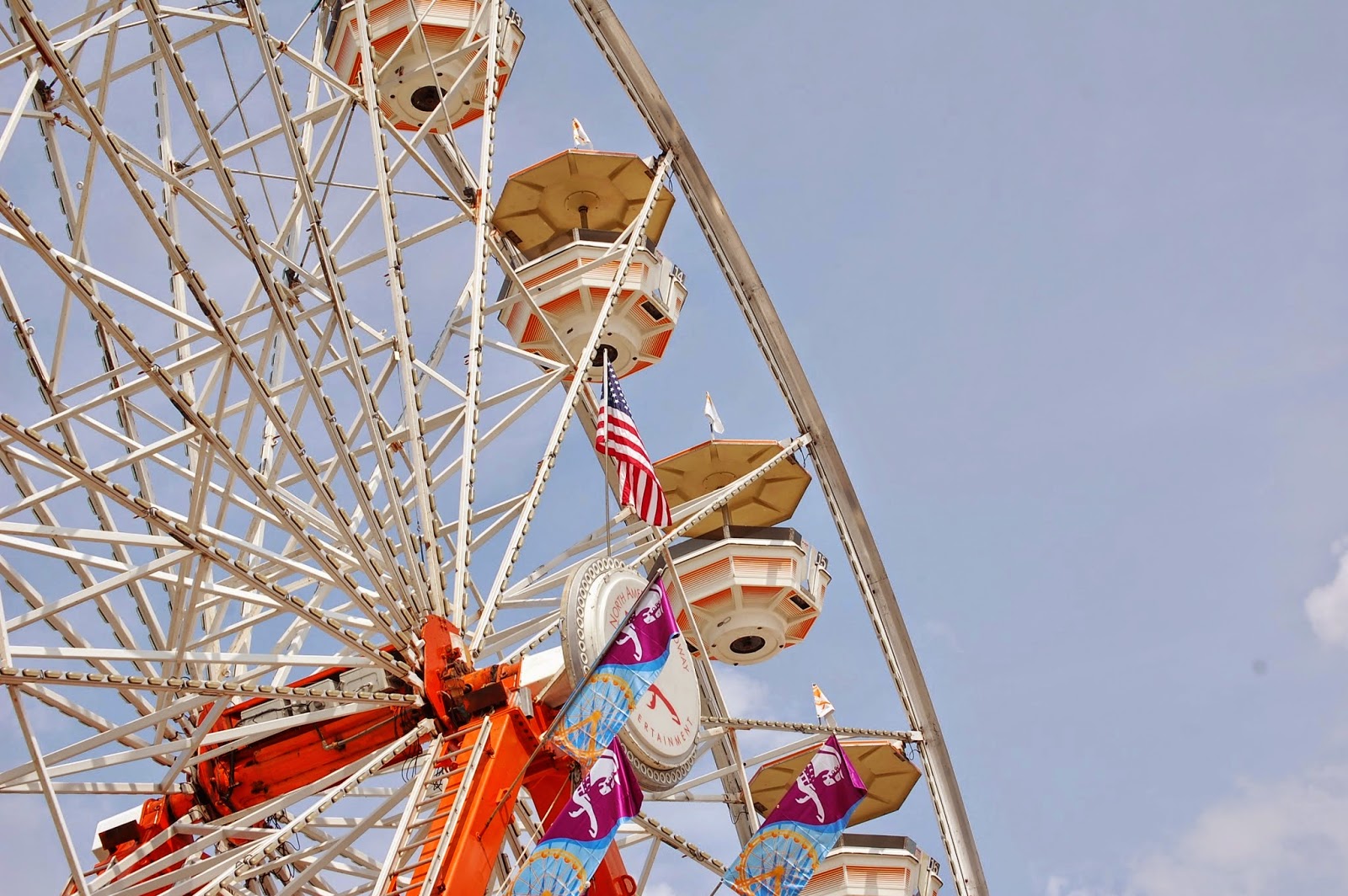 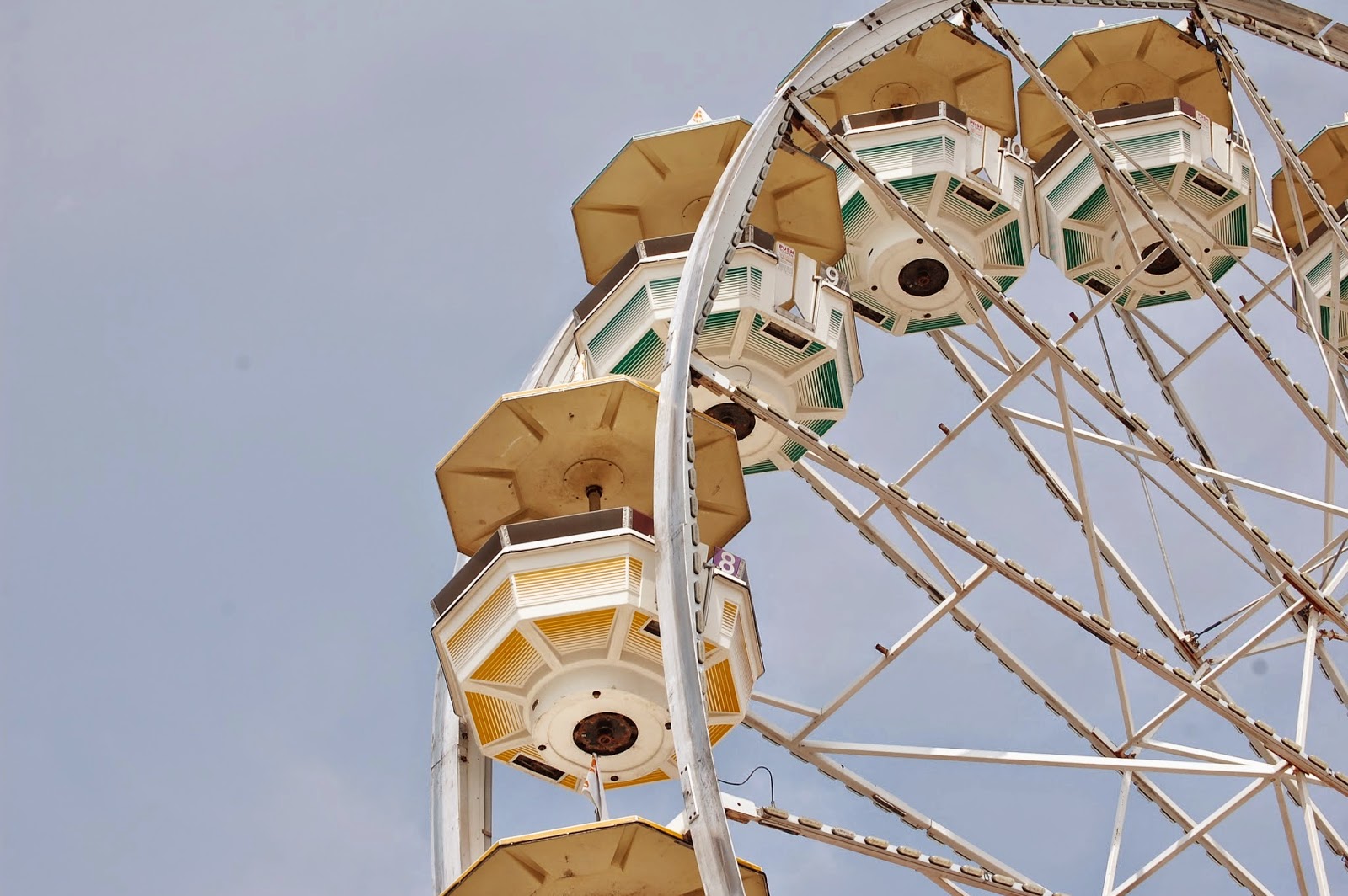 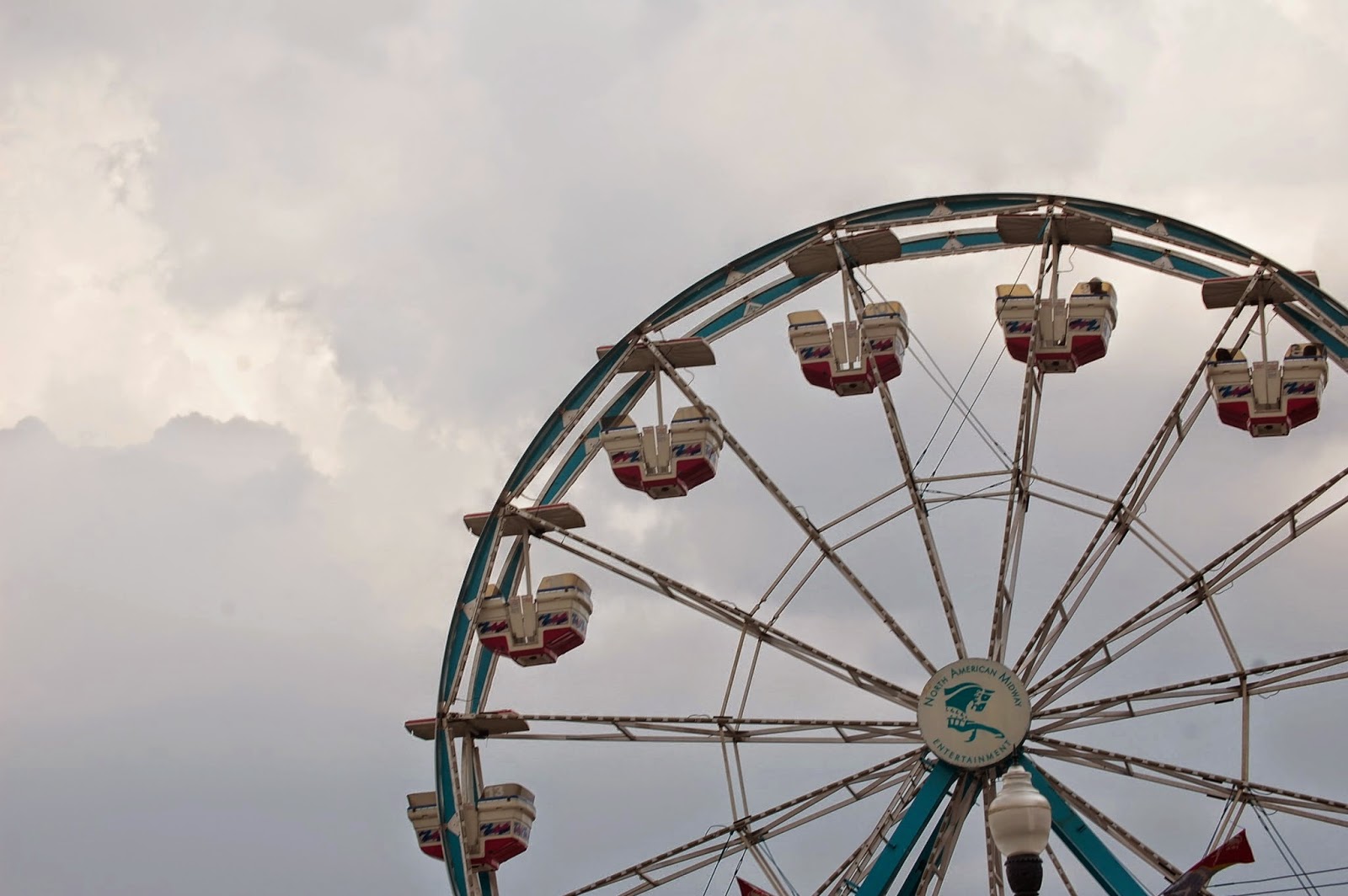 And one of the highlights of the night - for Teagan - was attending the free Bridgit Mendler concert on the Freestage.  The night was mad emore special when we ran into 2 families from church.  We had a great time hanging out, waiting for the concert to start and hoping the rain and storms would pass by quickly. 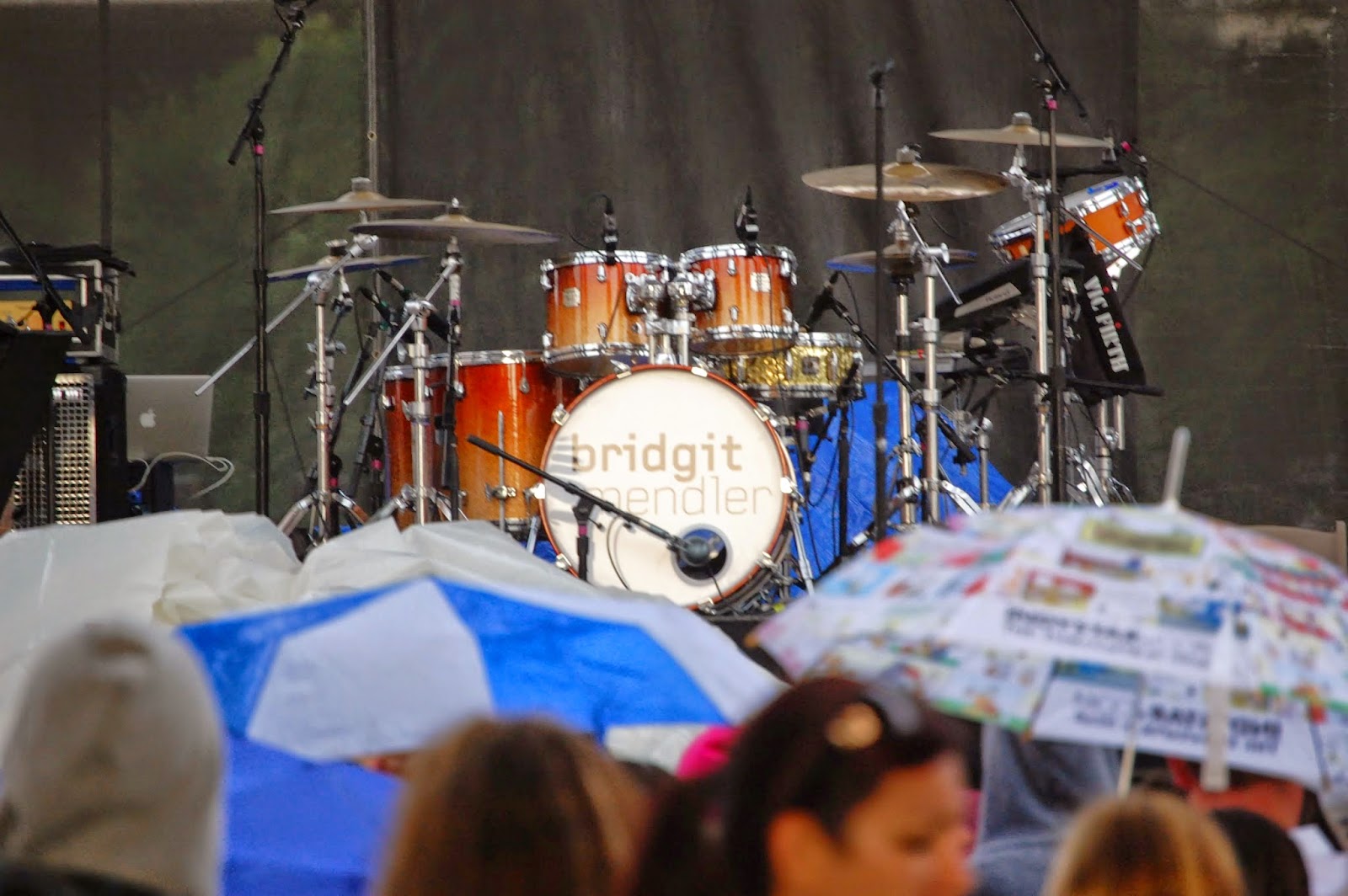 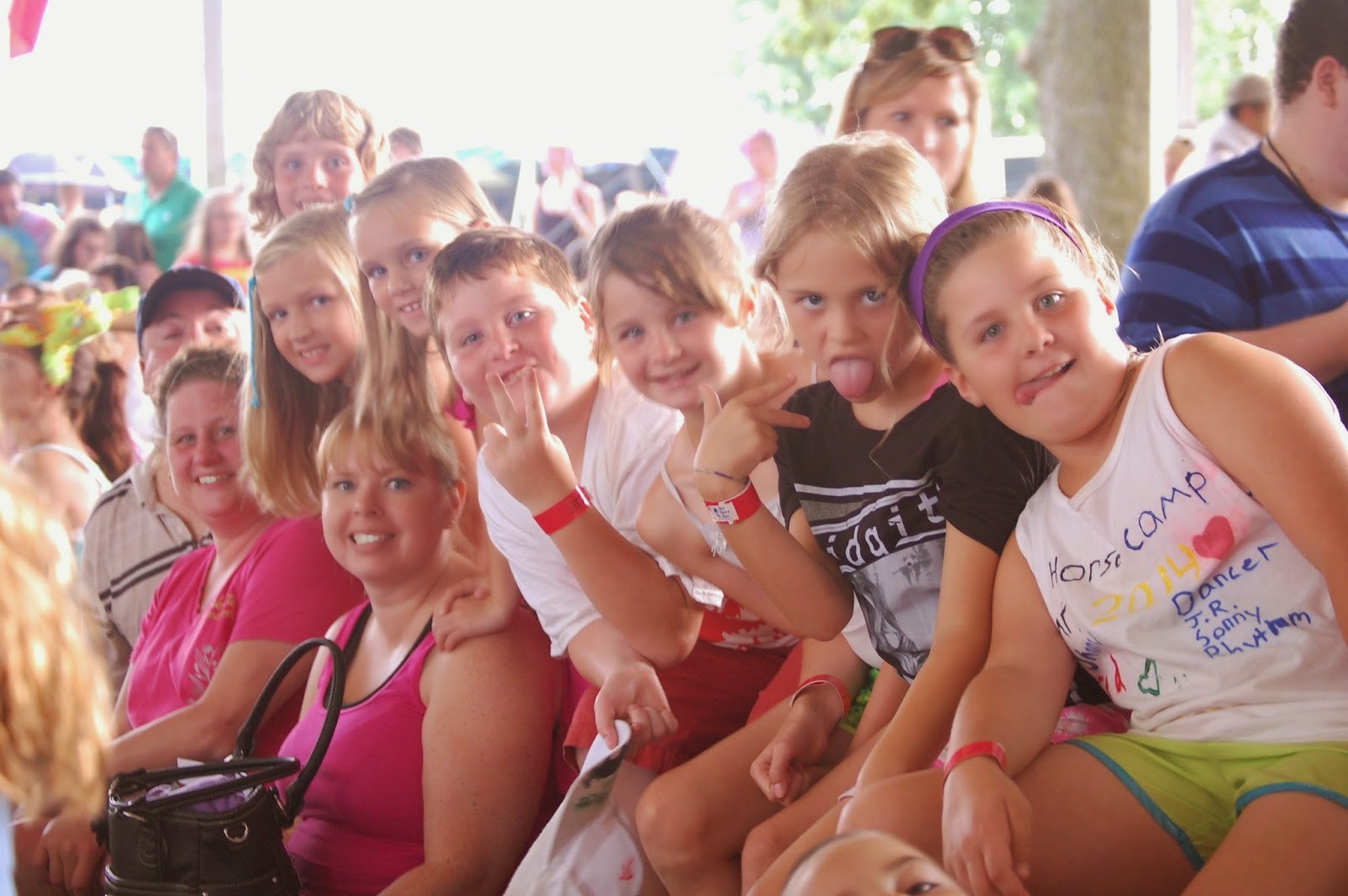 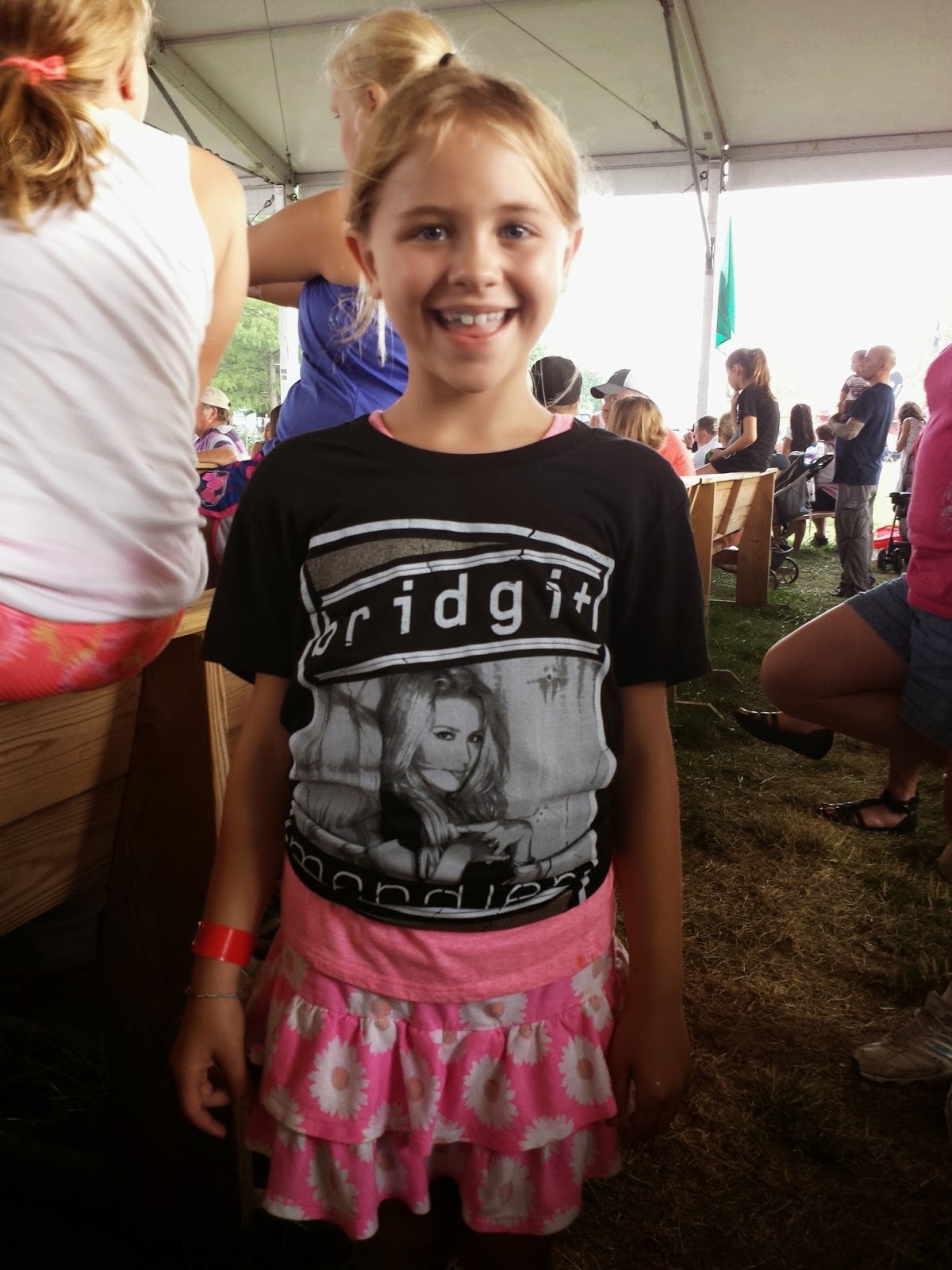 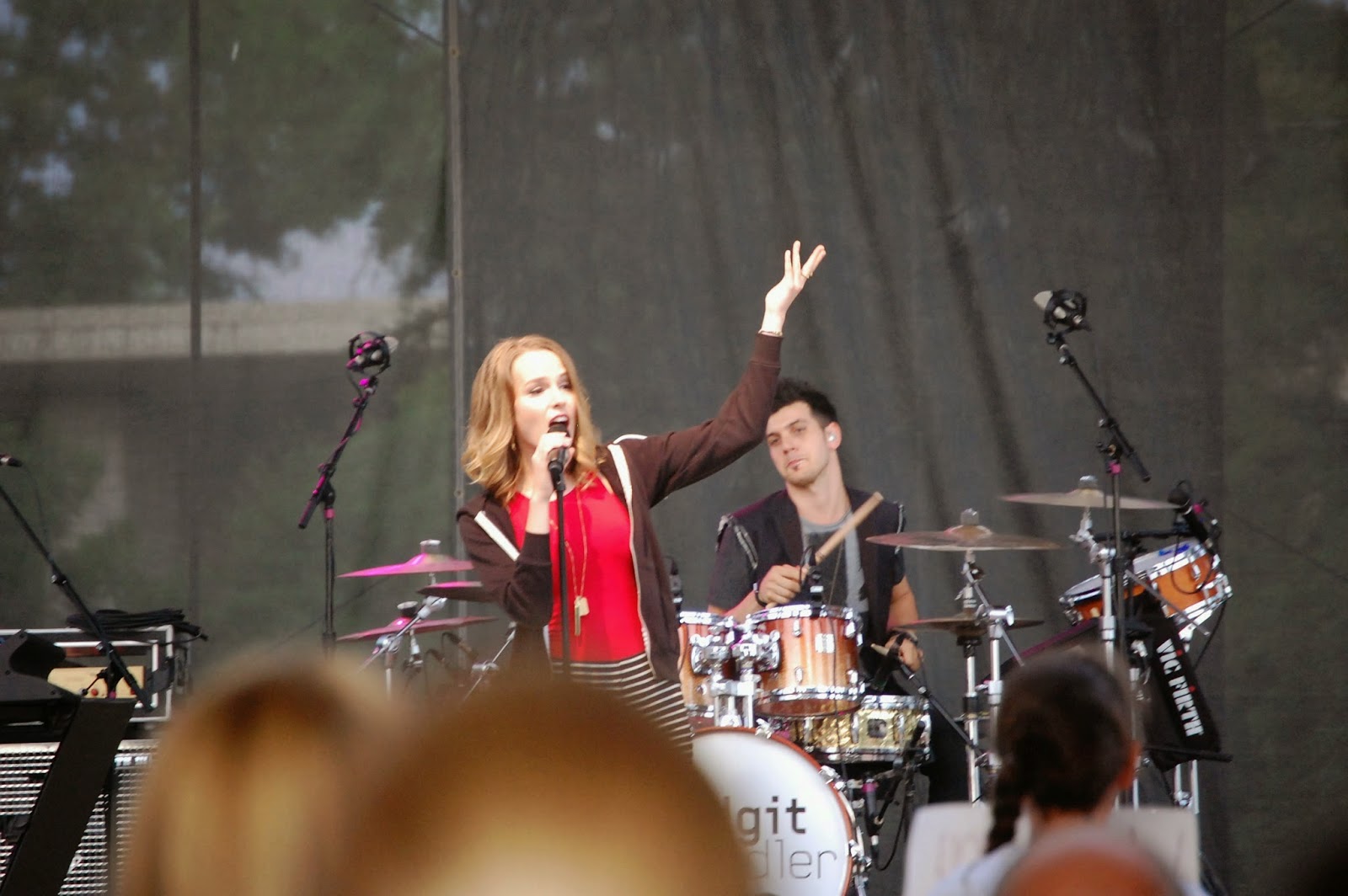 Unfortunately, the concert was way too overwhelming for Zach.  As soon as the first song started, he covered his ears and started to freak out.  So I took him out of the tent as quickly as possible and we went to find something else to do.  And that something else, surprisingly, ended up being the Three Hills Rodeo.  Zach really enjoyed keeping track how long a cowboy stayed on the animal - got excited by them staying on the full 8 seconds.  And he laughed at the rodeo clown, Danger Dave.  We even started to leave for the night but then came back to watc more! 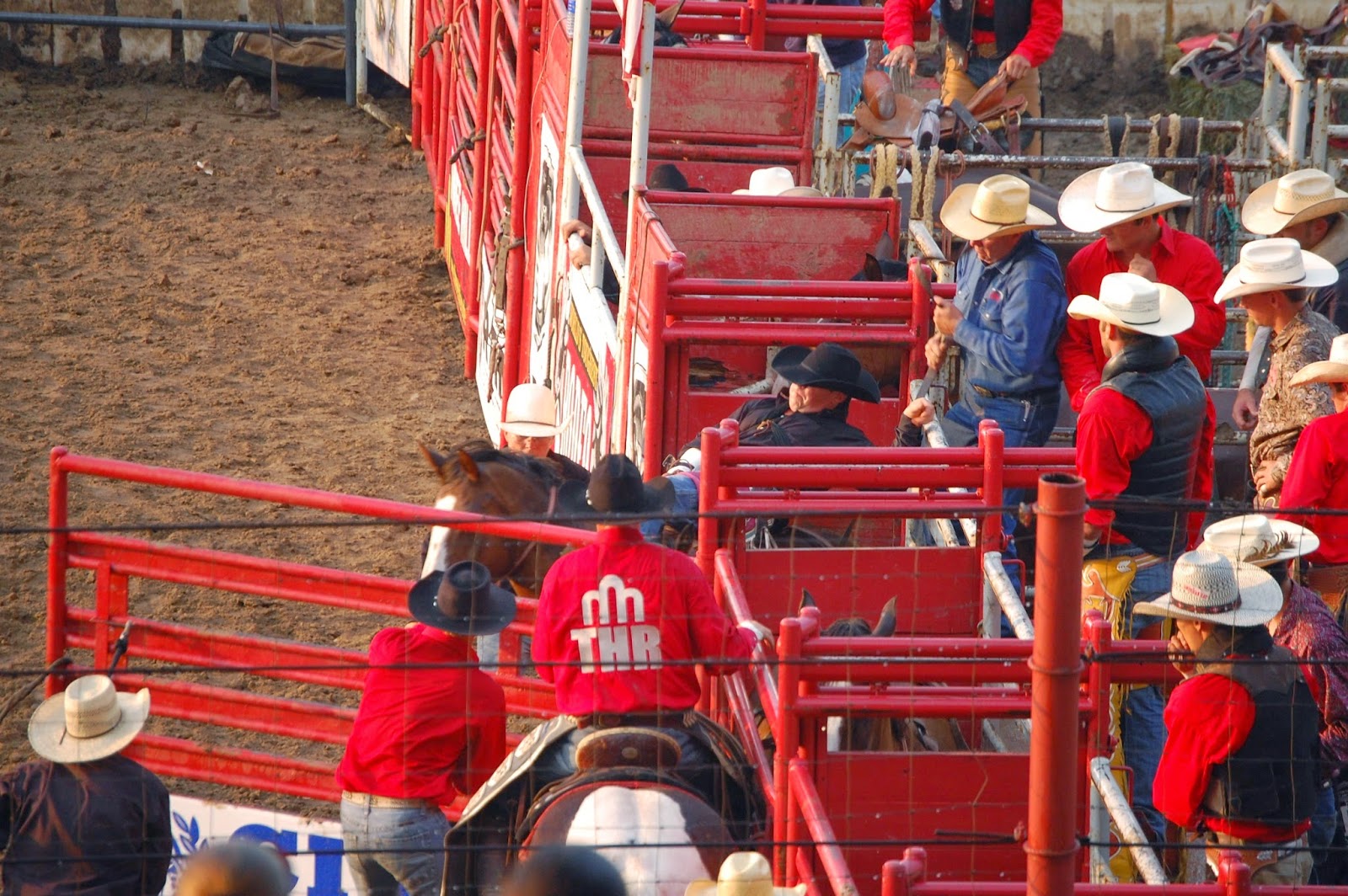 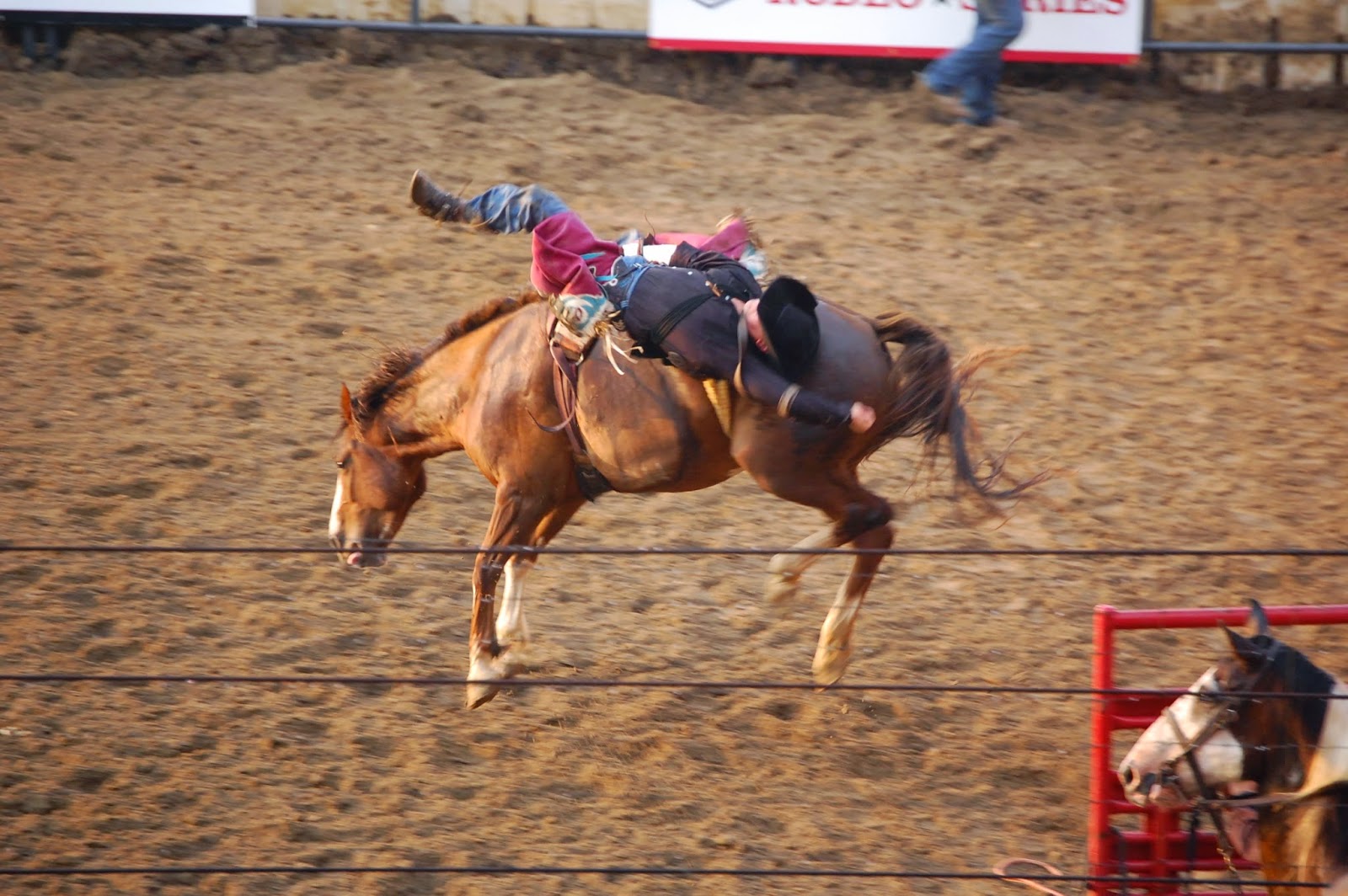 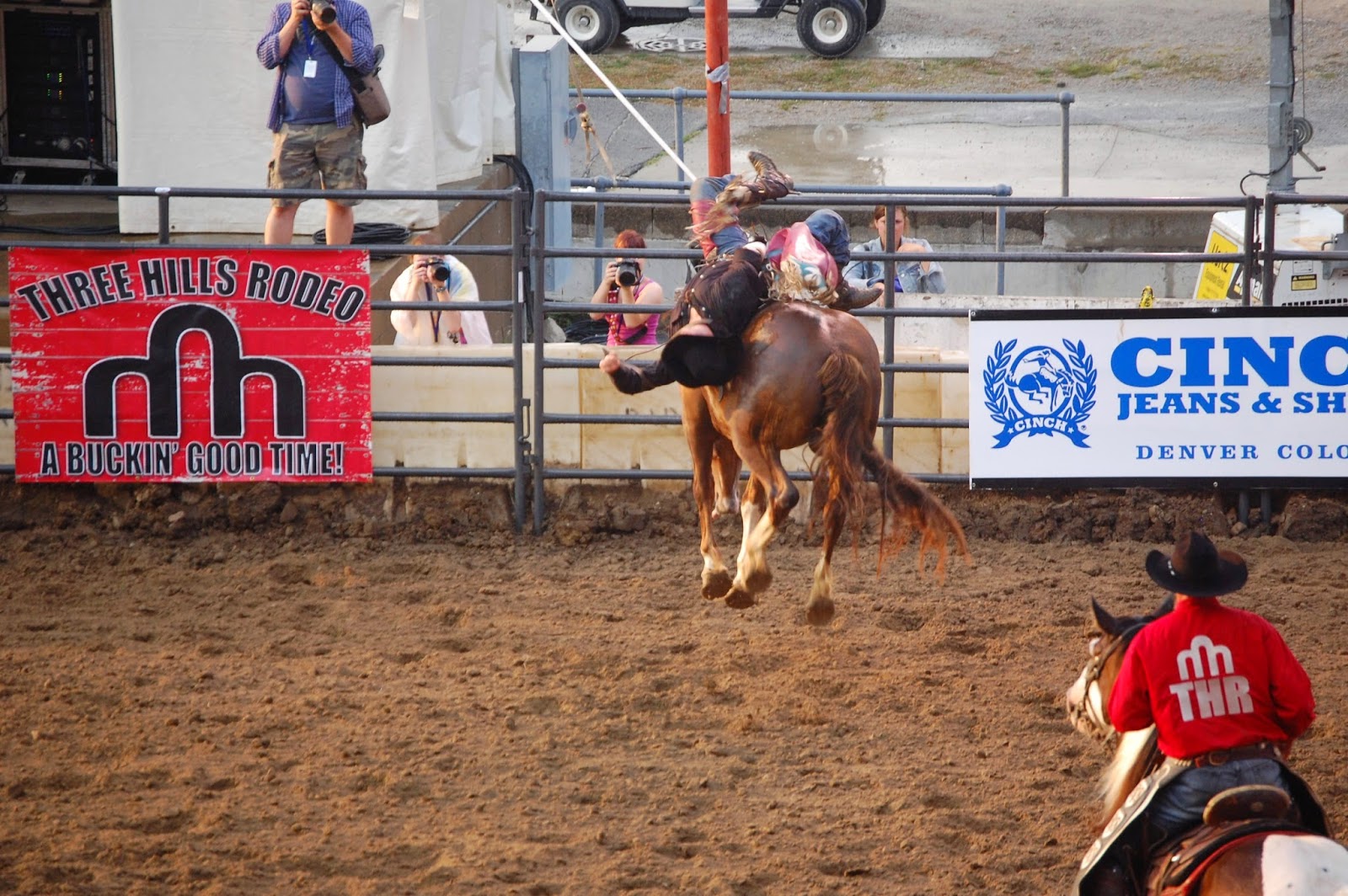 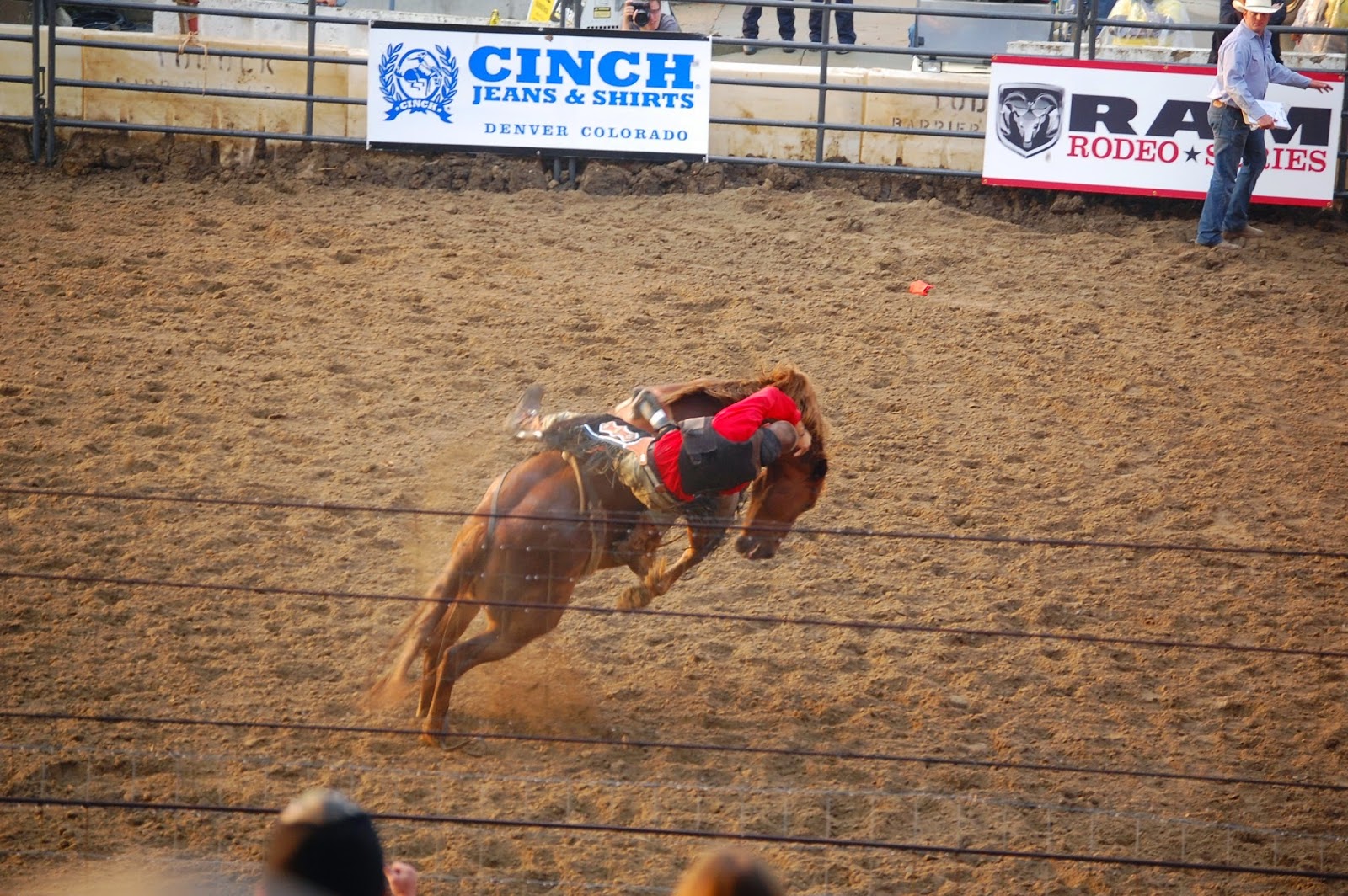 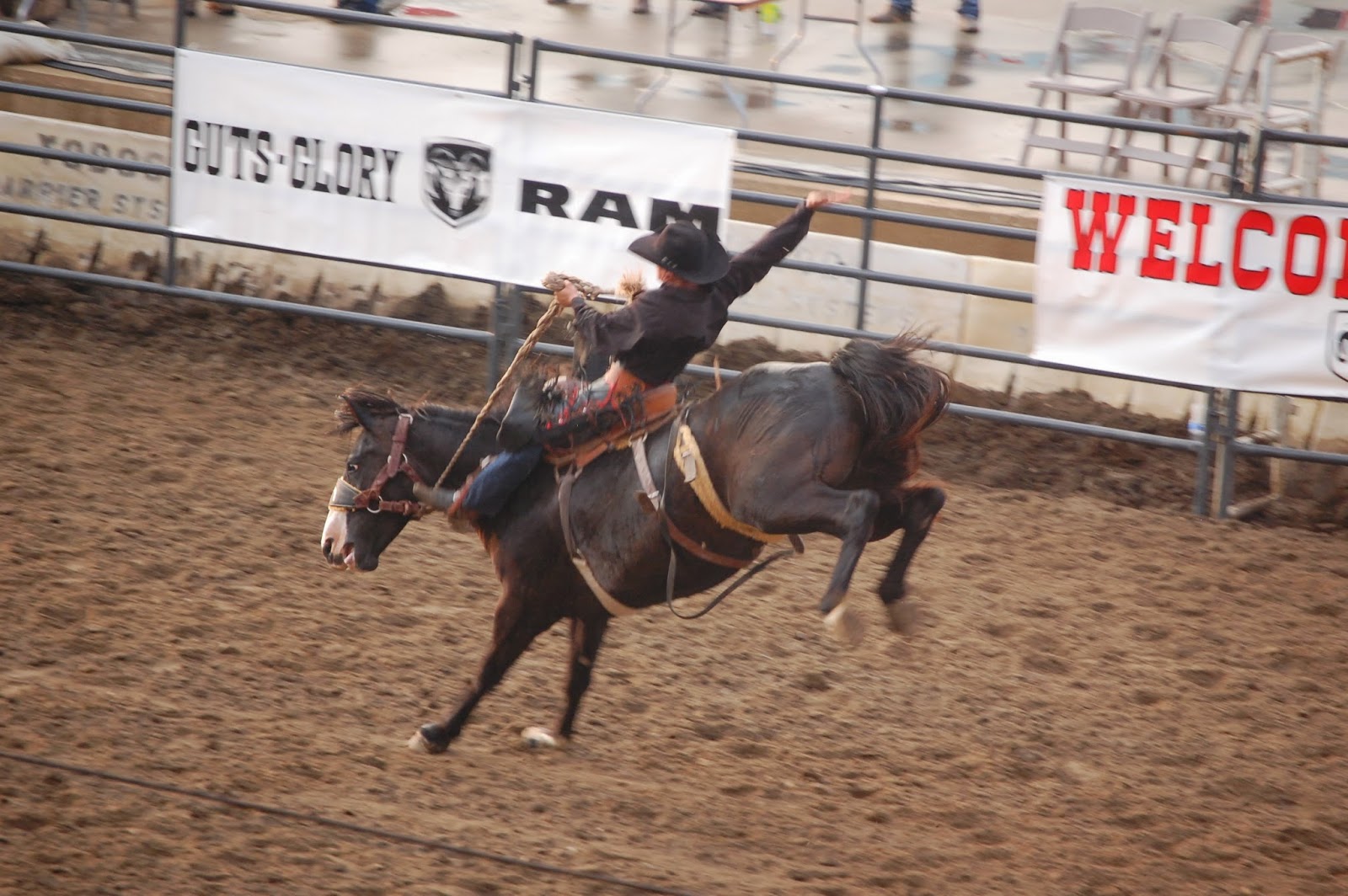 I thought I didn't really care about the county fair this year, but this post makes me really want to go!