Thoughts on the #IceBucketChallenge

So there's this thing that has gone viral.  People post a video stating that they have been challenged and they are challnging 2 or 3 other people to dump a bucket of ice water over their heads.  They say it is in support of ALS research and funding.

So here are a few thoughts from me about it.  Because my opinion is obviously very important.  Which is why I blog.

I'm just going to share what the ALS Association is sharing.  "Between July 29 and today, August 12, The ALS Association and its 38 chapters have received an astonishing $4 million in donations compared to $1.12 million during the same time period last year."

3. I don't believe it's taking away from other charitable causes.

I'll just be honest... I don't think the majority of Americans have a budget that includes charitable giving to specific charities on a regular basis.  I think most Americans don't give charitably or, if they do budget for it, it's done more as a general "where should I give this week" type of thing.  I think a lot of fundraising happens because people ask, not because the majority of folks are lining up to hand over their money.  So for anyone to think that ALS is getting money that someone had planned to give elsewhere is just silly.  Plus, if you want to make the challenge about ALS and some other charity - go for it.  If you want to do the challenge and ask people to support a different charity altogether - go for it!

I will say that when I first started to see the videos, I didn't get it.  I really didn't understand the point.  But then I watched more and learned more.  And I remembered my next door neighbor who passed from ALS a few years ago.  And I remember what it did to him... he had been a very active and busy man and ALS robbed him of his life before he was literally robbed of his life.  It was heartbreaking.  When I got challenged by a friend... I went and spoke to my neighbor about it.  I told her what was happening with these videos and that I'd like to make a donation in her husband's memory to whatever organization she chose.  Maybe the ALS Association was best.  Maybe there was a local group that helped them most.  Maybe the hospital where he was treated.  Whatever she would have come up with was fine by me.  She was very touched by the gesture and she chose the local chapter of the ALS Association.

It's just one of those things that you either participate and be part of it... make it your own if you so choose... or just slide on past in your news feed.  Do it and make a difference - for ALS or some other cause.  Or don't do it and there is no harm, no foul.  But there is no reason to slam other people who are participating and who are choosing to make some sort of a difference. 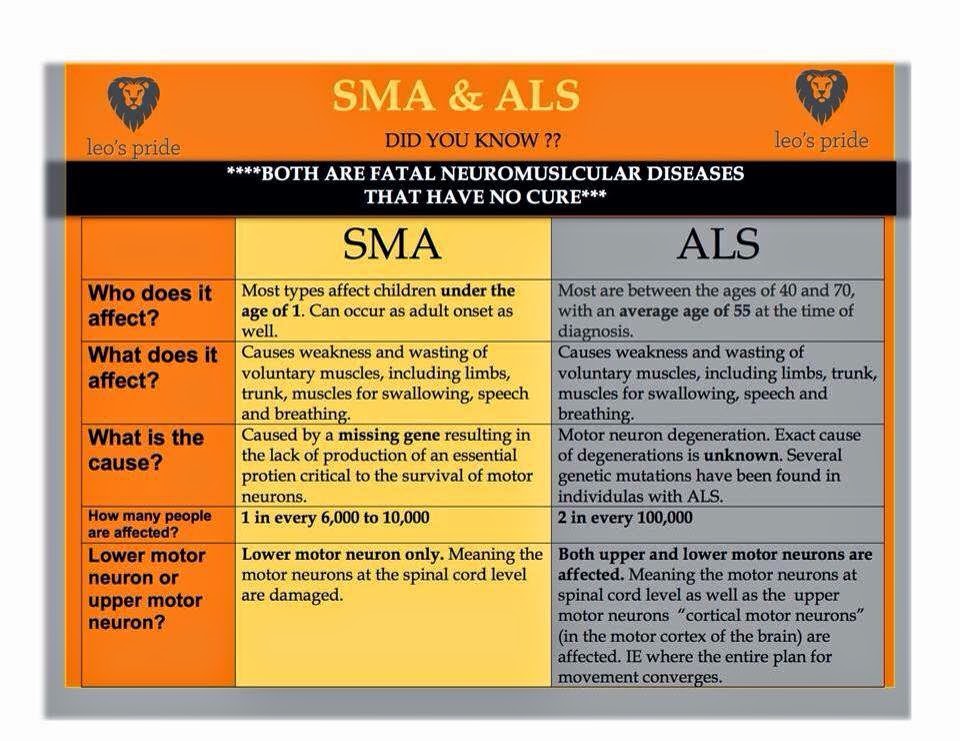 I also just learned that ALS is very similar to SMA (which is what Scarlett has - she's my I Run 4 Buddy).  It's like ALS is for adults and SMA is for kids.  Scarlett's very incredible mom posted these tidbits on Facebook the other day - and it just drove home the importance of making people aware of ALS and SMA and what it's like to live with it.  What it might be like to be trapped inside your body.  If you would like to do the ice bucket challenge... or you just want to donate... please visit http://fsma.org/. 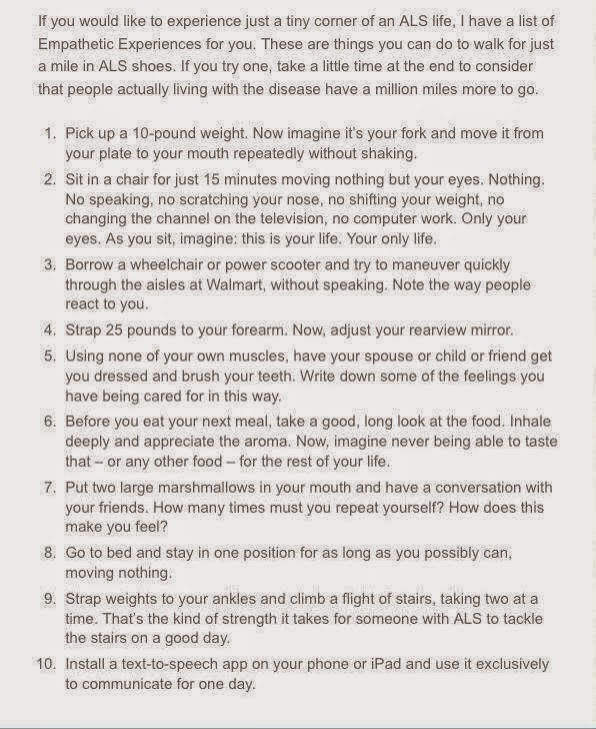 Yes, it does raise awareness. It also gets people to take on a challenge just to show they are up to it. Great blog.

When I first heard about the challenge, I thought it was really stupid. But when I heard how much money they've raised for ALS compared to this time last year, I was floored! I say anything that raises awareness and gets people donating to a good cause is a good thing!

Have you seen the 501st Legion's response, it's kinda awesome.

Well said. It's raised awareness and funds for a truly horrifying disease. More power to them, personally.