I love Christmas magic. I normally am very staunch about No Christmas Until After Thanksgiving. However, we had an opportunity to preview the Celebration Crossing exhibits at the Indiana State Museum last night with a group of bloggers - and we got to see Santa.

The timing was very interesting. Just that morning, both kids decided to confront us on the existence of Santa Claus.  Teagan has known for a couple of years. Well, she's been questioning for a couple of years as she has heard that he isn't real from schoolmates.  Our response has always been to neither confirm nor deny - but to instead focus on Santa as a way of celebrating Saint Nicholas and Christmas magic.

But with Zach adding his thoughts in... it started to feel like our Santa days were coming to an end.

We didn't continue the subject but hurried off to school and work.  At the end of the day, as we drove downtown to the museum, the kids were discussing what they wanted to ask Santa to bring them.  Teagan wants a new CD player for her room (very practical since hers keep breaking) and Zach finally decided on a new Wii but what he really wants is a computer.

We arrive at the museum and are enjoying all the lovely decorations and the spaces that are set up through out the museum to celebrate the season.  It all has a lovely old time-y feel to it.  Very retro. Taking you back to the days when L.S. Ayres was the place to celebrate the holidays with the Christmas windows and Santa's arrival and fancy lunch in the Team Room.  All of that has been recreated and brings a great sense of nostalgia and history to Christmas in Indiana.


But the real magic came when we went to visit Santa.

You may recall her "test" last year - asking Santa for something that she knew Mom or Dad would never ever buy.  A bucket full of candy.  And she got it.  A bucket. With some candy and lots of Candies brand stuff (lip gloss, bath gel, lotion, etc.).  Santa is certainly clever!

Jeff and I are going along with it and quietly discussing how we are going to pull this off.  That's when I noticed the Indiana State Museum employees who had been our tour guides... so I stepped over and asked if I couldn't get a little "elf help."

Turns out, Mrs. Claus was standing there. So I discreetly pointed out my daughter and explained her idea of testing us with this "secret" gift she would ask Santa for... and Mrs. Claus promised to help us. 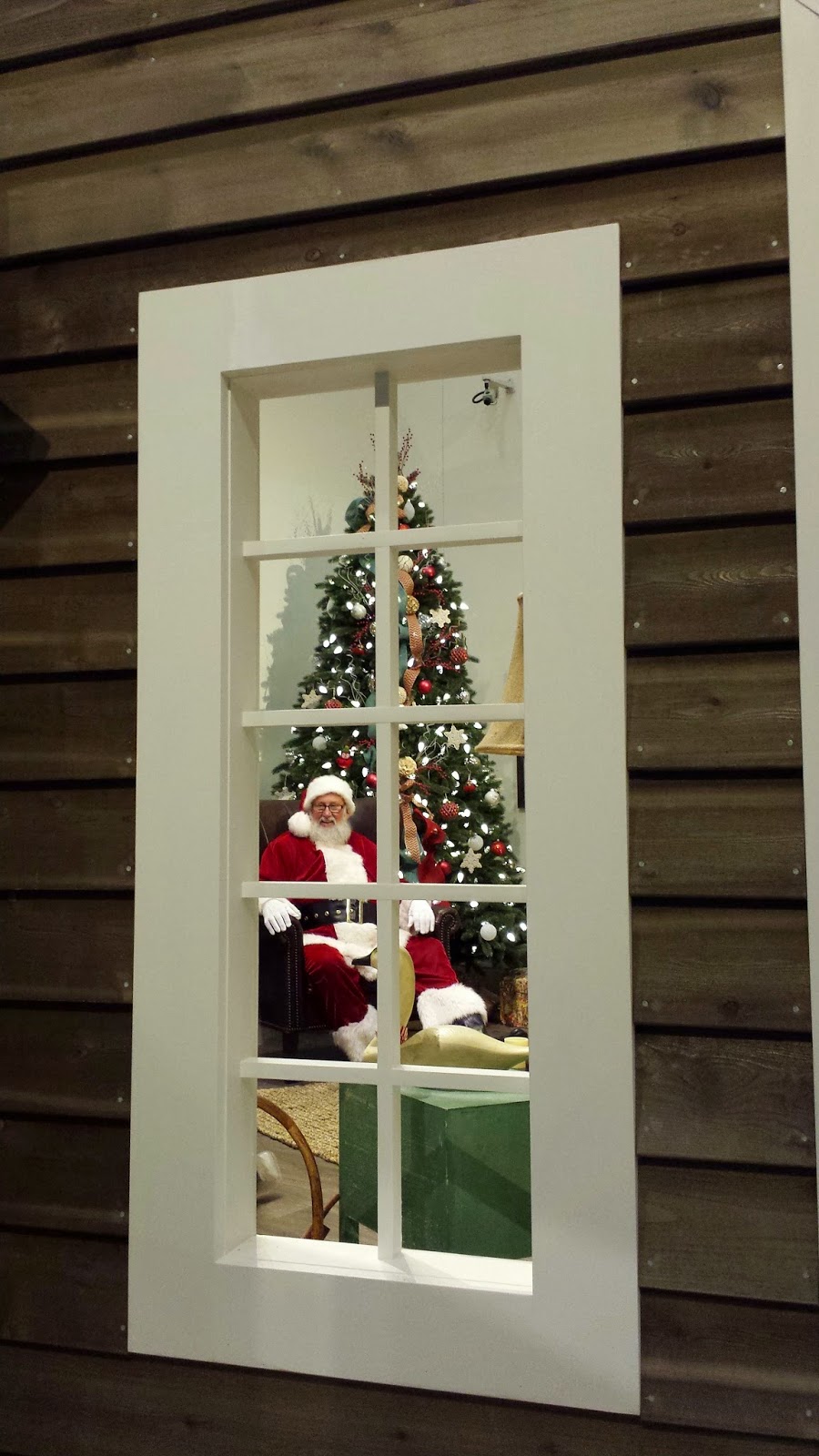 We step up to see the jolly gift bringer and Teagan instantly goes into star crossed mode. We go in with her but promise not to listen.  She then tells Santa what she wants but she says it all out loud - a new CD player and new sneakers.

Then came the magic... Santa said, "Are you sure there isn't anything else you wanted to ask me to bring you?" Teagan, wide eyed, shook her head no.  "Really? Because one of my elves heard you saying that you were going to ask Santa for something secret... there's nothing you want to whisper in my ear?"  Eyes bigger... huge grin... pink cheeks... head shaking no... 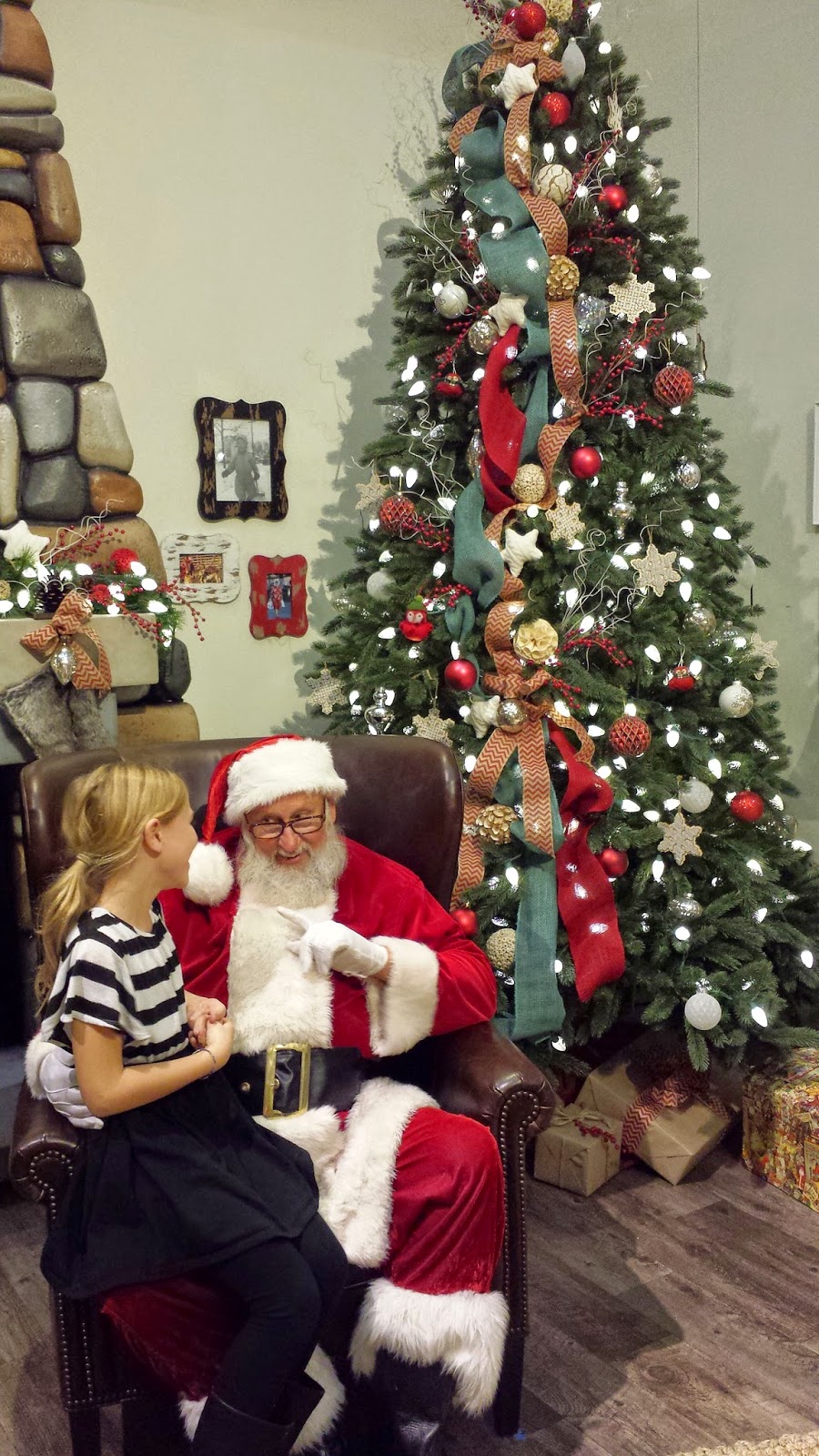 Christmas magic... parent orchestrated... with the help of some special elves... but I think we just bought another year of believing.  Another year of full on childhood belief in magic. 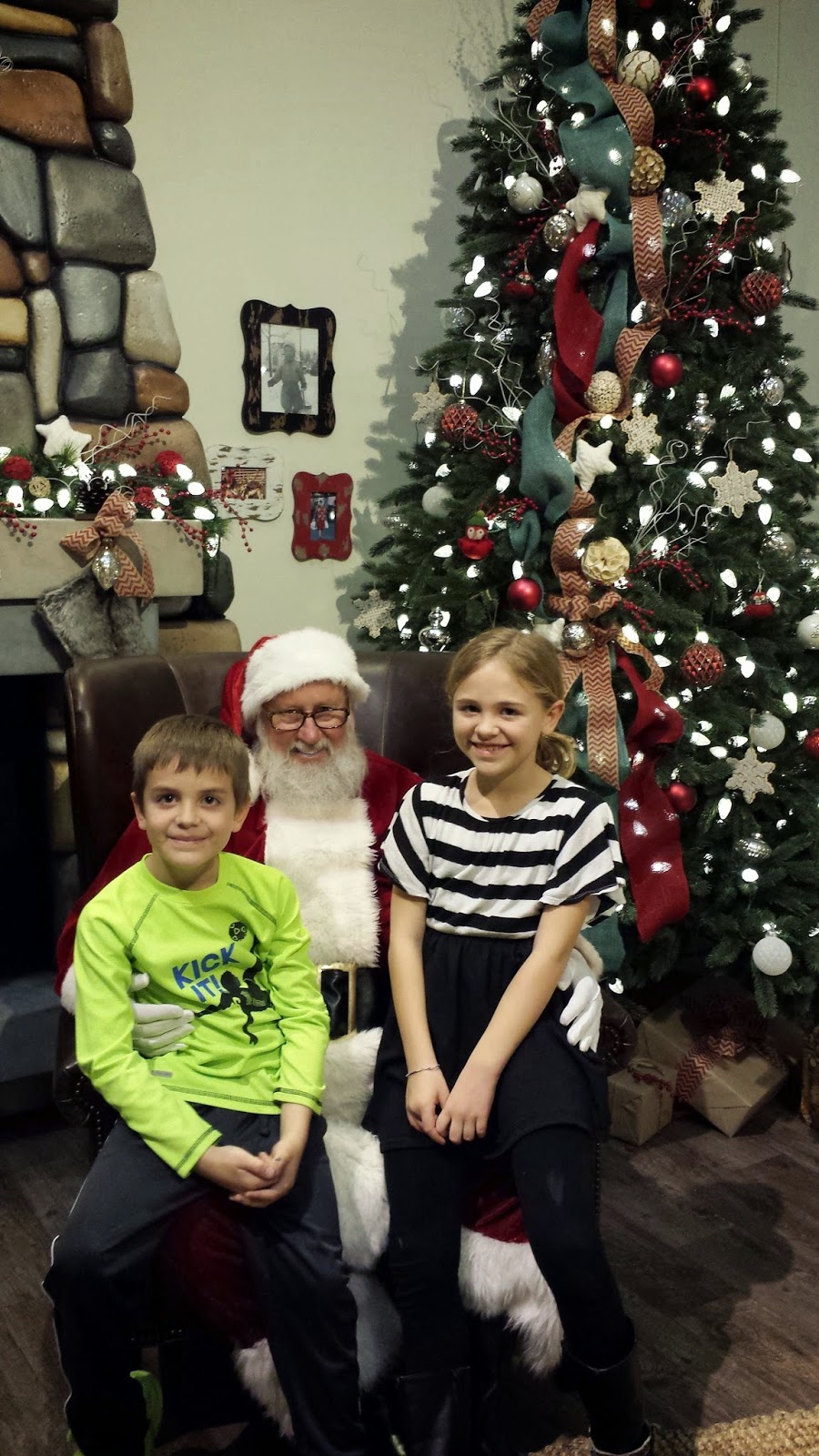 You can find your own bit of Christmas nostalgia and magic when you visit Celebration Crossing! We plan to come for a full visit soon - we want to spend time in all the other exhibits, too.  And we plan to visit Jingle Rails at the Eiteljorg and swing by the Indiana Historical Society and a visit to the Zoo - it's going to take an entire weekend to fit in all that downtown Indianapolis has to offer!

Celebration Crossing opens Friday, Nov. 28.  The Indianapolis Children's Choir will perform at 11 and then all are invited to gather in front of the museum to see Santa's grand arrival by helicopter!

So much fun! I love the pic of Santa through the window. Magical!

Gorgeous pictures! What a great way to get into the Christmas spirit.

I'm bummed that I didn't get a chance to chat with you! I love that picture of Santa through the window as well. I just can't get over how big your kids are getting, especially Zach. It feels like I've watched them grow up on your blog!