Yesterday, I went for my second official bike ride.  Back in June, I did the Girlfriend Ride with 2 friends.  This time, it was me and Christy.

The cool thing about these rides is that they are fundraisers for local non-profits.  The Girlfriend Ride supports a domestic violence shelter in Columbus, IN.  The Hope Ride supports the food bank in Hope, IN.  What makes these rides unique is that these communities that we ride through come together to support the ride.  One of our SAG (Support And Gear) stops was on a farm.  At the end of our 32 mile ride, there was a lunch in the park in the center of the town of Hope.  It was also the halfway point for the 100 mile riders, the end for the 50 milers, and a stop before going on for more for the 62 milers.  The lunch was provided by the people of Hope.  There was homemade chicken salad, homemade chicken BBQ sandwiches, pork n beans, homemade peach cobbler.  At the 2 SAG stops, there tables of food- everything from banas to watermelon to bags of chips, granola bars, and everything you need to make a peanut butter n jelly sandwich.  Each stop also had local live music.

Given how much I've been slacking with my exercise the past month, I wasn't sure how it would go.  But it was great.  I felt better this time than last time.  Most important lesson learned from the first time is that I have to eat less.  The first time, there were more frequent stops and I ate every time we stopped.  This time, I ate only enough to not feel any hunger, just enough to get a little calorie boost.  I wasn't fully hungry until almost an hour after we were done with the ride!

Something cool about spending 3 hours doing a 32 mile bike ride is that I burn 2800 calories.

Something else cool is that you see so many beautiful things.

The sky as we started the morning... 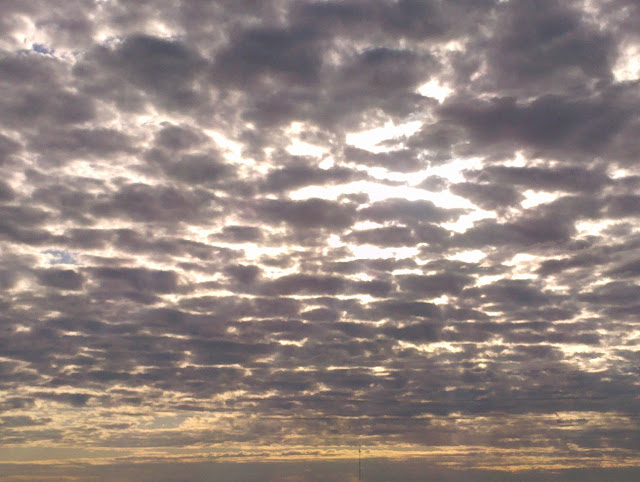 The moon was out in the bright blue sky.  If I'd had my DSLR camera, I'd have gotten a great shot.  But all I had was my camera phone. 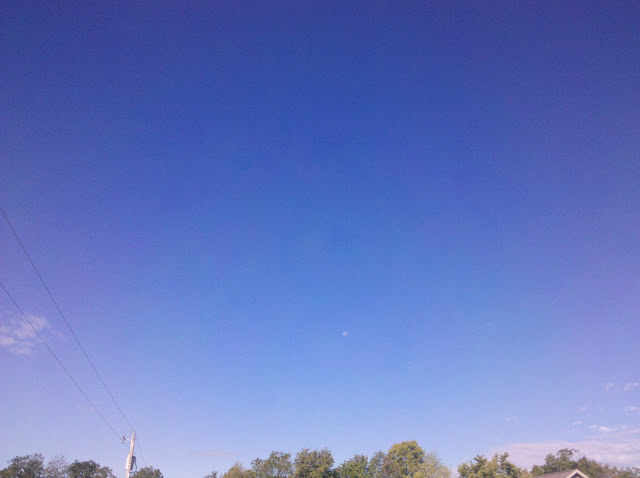 And farm country is really just beautiful.  It's one thing to go flying through it in your car on the highway.  It's something else to be riding along, right next to fields of corn, pastures of cows, and beautiful old trees. 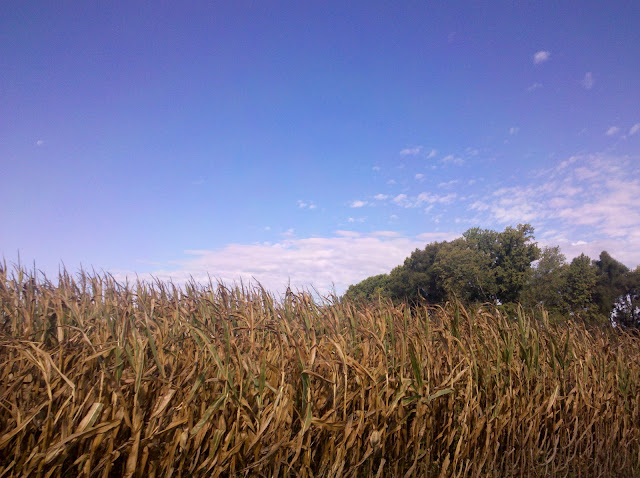 And something I really loved was we kept going past very small, very old cemetaries.  I'm always drawn to them.  And these are truly small, old burial grounds- no buildings close by, no church, no homestead.  At one point, at the top of a hill, I was ahead of Christy and opted to stop and visit one of the cemetaries.  It was one of our favorite stops. 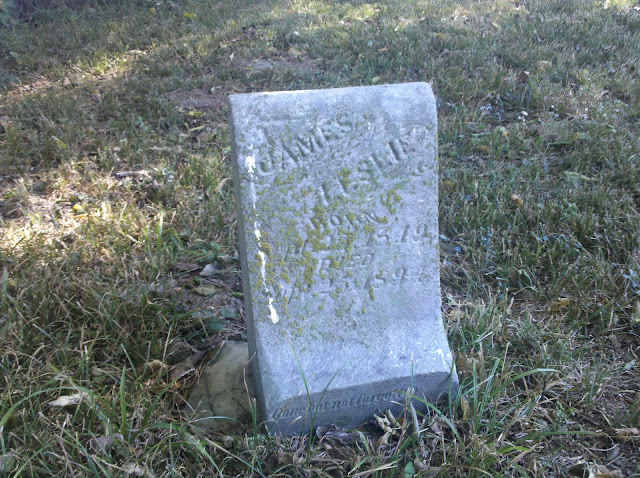 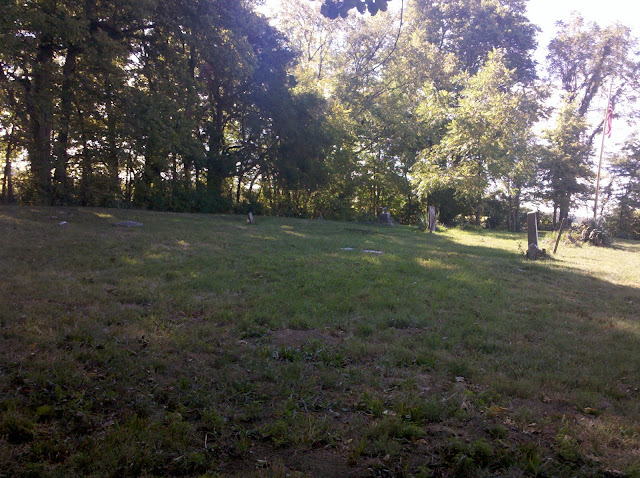 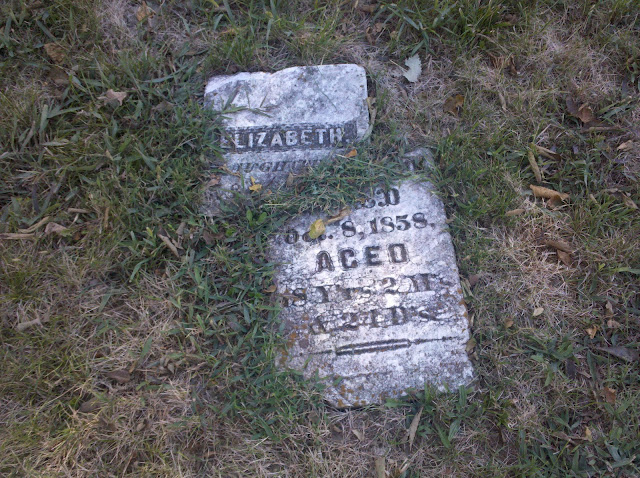 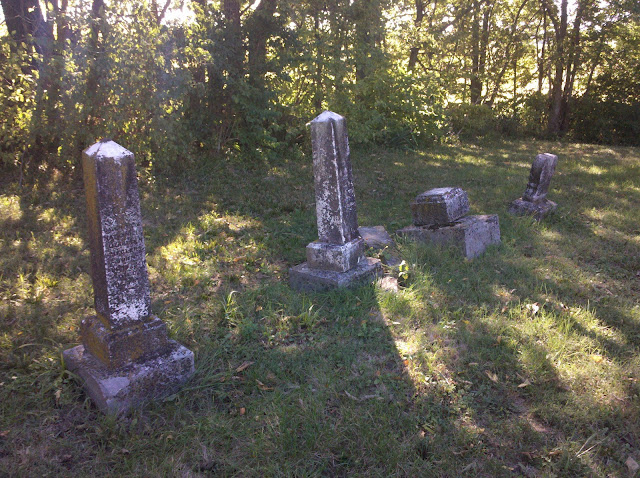 My ONE complaint about the ride was that some of the "pro" riders were RUDE.  Like in most sports and events, there are rules about etiquette.  I'm still learning but I use what I've learned.  People in matching jerseys with fancy bikes who ride advertise their riding club or whatever... those riders who have obviously been riding, and who ride races and participate in lots of rides, for a long time... should really be setting a better example.  I can't tell you how many times there would be a rider who would fly past and never bother to call out "Left!" or "Passing on left!"  It wasn't just us- we saw it happening to other riders, too.  You get taken by surprise when you suddenly have a bike zipping past you at your elbow because you didn't have a chance to move over.

And for those keeping track of my mileage- I've now done miles for Team In Training donations made by my mom, my friend Mim, and my friend Kat.  I'm going to make a list and keep track.  I spent itme thinking about my friends and family that I was riding for on those sections of the ride.

I'm eager to plan out my next ride.  We have some beautiful farm country in the Indianapolis area.  I have a set of riding maps for Hendricks County and might need to plan a Saturday morning ride over there!

Congrats on your ride! That's an impressive accomplishment. The morning sky shot is gorgeous. Such a beautiful way to start your day.

Dear Liz,
I learn so much from you.
I think you are absolutely amazing.
Outstanding.
EXCEPTIONAL.
Thank you for sharing.
Love, Becky

You are awesome. So proud of you. Yes, the veterans need to set a better example. No need for rudeness.

You sure are packing a lot in this summer. I'm happy for you :)

Very nice. I especially like the blanket of clouds in that first picture.
Thanks for dropping by. Have a great week.

It's so great that you're doing this. And such a beautiful route!

It seems that with cycling you have found your niche. It's an activity that your body just does well with, AND you enjoy it. That's awesome!!

I have some of the best pics taken at old cemeteries. I'll plan my runs by them, if there are some in the area. There's just something about the peace and quiet. I "hear" things better in them as well. The winds, the trees.....

You are a awesome man... I liked your blogging very much. Thanks a lot for nice and impressive sharing with us...

Nice photography... I appreciated what you have done here.. Good job! Keep posting...