I've had a most wonderful opportunity for the past several weeks to test out a Samsung Galaxy Tab from Verizon.  It's been really fun and I'm honestly really impressed with the technology. 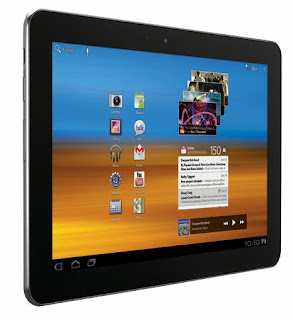 Here's how I've used the tablet this past month:

- Flash cards for Teagan.  We have "old fashioned" flash cards that are part of her weekly homework.  But we found an app that made a game of flashcards- you get a score based on how quickly you answer and how accurate you are.  The family all took turns playing and Teagan really enjoyed using the app.

- Games for Zach.  He really enjoyed a fun memory game that was jungle themed.  Best of all, if you missed a match, the game farts at you.  He loved that.  He also really enjoyed a wild animal app with pictures of different animals and the app makes animal noises.

- We also discovered Zoodles.  It's a collection of games, books, videos, and drawing tools for kids.  You set up a login for each kid and Zoodles loads up specific stuff that is age appropriate.  Zoodles also has a Kid Mode so that your child is in the app and can't go into other things.  The videos and games seem to primarily come from PBS- lots of Curious George and Sesame Street for the younger set.  My kids love that they each have their own login.  And I like that I get a weekly email that tells me how long they used Zoodles, what activities they did, etc.

- Games for me.  I like to have games on my Smartphone.  There are times I just want some entertainment to kill time or as a little stress escape.  Angry Birds is a well known favorite.  I also enjoy Pretty Pet Salon and it is so much better on a tablet than on my smartphone.  And I found a new game that has become a serious addiction.  It's called Diversion.  Check it out- but be warned that you might want to lock yourself in a bathroom and play for 14 hours.

- Netflix.  Jeff downloaded the Netflix app on the tablet on Thanksgiving.  I wish I'd known to do that sooner.  Jeff has a Netflix account and we watch streaming movies and shows regularly.  With the app, I can  watch shows on the tablet.  I got caught up on season 2 of Parenthood, for example.  I watched it at home on our Xbox and could pause an episode and finish watching it on the tablet later.  I could pause it on the tablet and resume it at home through our Blu-Ray player or Xbox.  I'm totally hooked on having Netflix at my fingertips and want to get a list going of all the shows I want to get caught up on!

Bottom line is that the tablet is fun and impressive.  I got comments on it when I took it places.  I enjoyed, for example, going out to breakfast and being able to read news articles on MSNBC's app or Yahoo's app and not have to deal with a bulky newspaper.  And the guy at the table next to me struck up a conversation about it- he is considering a tablet for work.  He owns his own business and could use the apps and accessibility of a tablet for marketing, invoicing, and so on.

I'm not tech savvy enough to give you all the ins and outs and compare it to other devices.  I can tell you that my kids and I had fun with the camera, the apps, and the mobility of it. 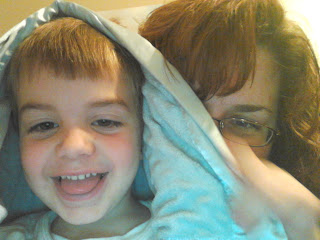 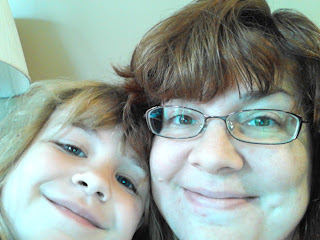 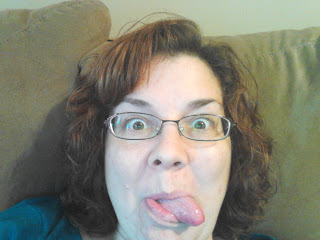 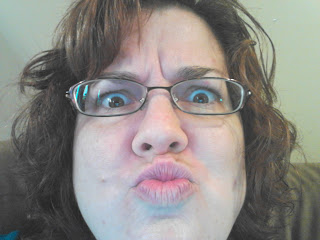 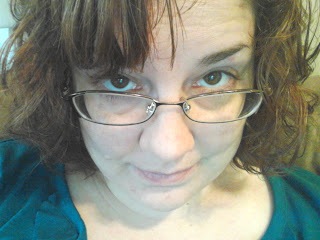 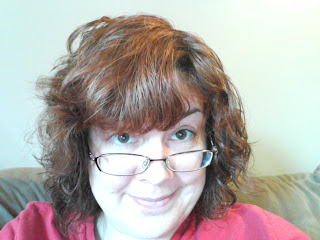 So if you've got a techie on your list this Christmas or someone who travels often or someone who spends a lot of time waiting at kid events or an older person who could benefit from the lighting on the pages for easier reading - Verizon's Samsung Galaxy Tab might be the perfect gift!

I bought the 10" version of this as a pre-birthday gift before our trip to Europe this summer. I never did figure out how to watch movies on it (I just wanted to download a few for the plane, not sign up for a service).

I use it to check email & Facebook, read blogs and of course play games. Lots and lots of games. In fact, I'm a little addicted to it, as Miss Chef consistently points out to me.

I have found some display issues with it, especially on blogs. And writing comments can be a huge pain in the butt because of those display issues. Still, it's basically a toy for me, since I got the wifi version. And if I hadn't had birthday money, the price tag would have been too high for a toy.

On the other hand, I can't imagine playing Angry Birds on a phone! :D

A Galaxy Tab for all of your devoted Eternal Lizdom fans right?