I got a nice little reminder that my ego can be my biggest hurdle.

The short story is that Jeff went on a retreat this past weekend.  I had expectations and hopes of what he would get from it.  God had other plans.  I was disappointed and even angry.

Until I got over myself and realized, with the help of friends, that my ego was really getting in my own way.

I didn't intend for it to happen.  I just thought I saw a clear trajectory.  I thought that what I've seen in the past was clearly indicating that there would be some sort of Big Thing that happened and I was certain it was God's plan coming alive.

But I forgot the part where God's plan is already alive and is happening exactly as it should.  His plan, not mine.

Yes, I get excited and eager for the potential that I see... for the changes that I see happening.  And I get ahead of Him.  I want to rush forward to that point where I think things are going to end up.

Again - my ego.  I somehow think that the plan I've come up with in my head is the best and I forget that the things that might really happen could be vastly different than anything I've imagined.

So my focus now is to let go and open myself up again.  I need to keep myself open and seek to be an instrument, not the driver and director. 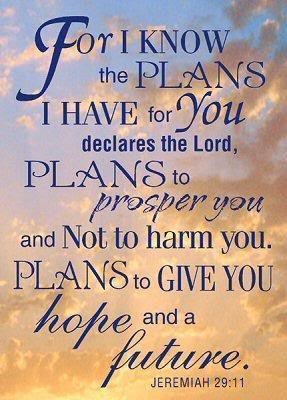 I know what you mean. I really, really do. I fall into the trap SO often of thinking I know exactly what needs to happen and forgetting that He's in charge and has a better plan than I could ever come up with.