Zach is in Kindergarten. 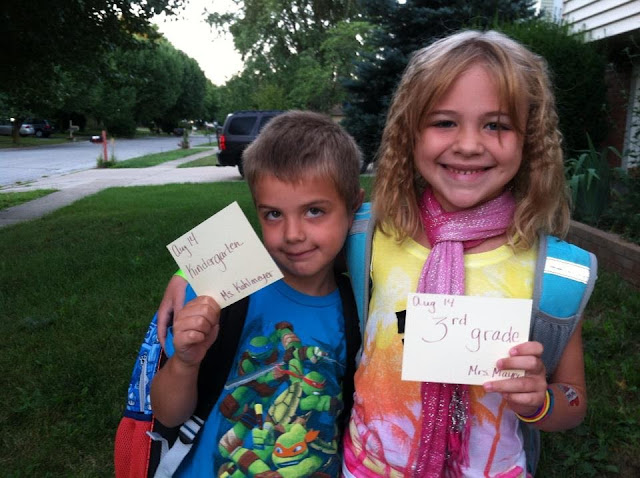 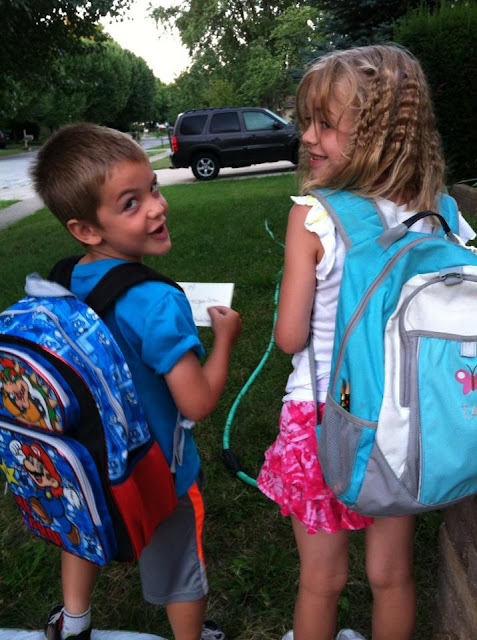 Zach has a huge advantage in having a big sister who has already been ruling this school for 2 years.  Starting at this public school was a hard transition for our little girl.  The first few weeks were heart breaking when we would drop her off at the Y program.  Zach has a huge benefit of a bilt in playmate.  Even if she doesn't stay with him the entire time - she at least gets him started.  Yesterday, as I watched them walk away from me to go play a game, she put her arm around his shoulders and my heart melted.  And when I came to pick them up, they were playing separate from each other but each in a group of friends.

Zach knows at least 5 kids in Kindergarten and possibly in the Y before/after care program thanks to meeting them at camp over the summer - including a little boy he says is his bestie.

Teagan has kids in her class that she really likes and she is super excited about her teacher.

Zach says his teacher is even nicer than Ms. Sally (impossible!!) because their homework is only going to be FUN.

Teagan started the school year with a stack of text books and a real student planner on her desk.  This school thing gets REAL this year.

Teagan shared all the class rules with me - well, 5 of them.  And they are good rules that cross over to home rules, too.  My favorite is Rule #5 - Keep your teacher happy!

Zach liked that he had lots of outside playt ime between school and the Y program.

Teagan liked her hair - we had braided it while wet the night before to get the crimped curl look.  (Note to self: find out if the still make crimping irons.)

I can't believe how fast they're growing up! My nephew is in third grade this year, too. Where does the time go??