Prepare for picture overload!! We spent Friday at the Cincinnati Zoo. We arrived not long after they opened and stayed for about 4-5 hours. We did not see the entire zoo! We made the outer loops- saw most of the animals. But we skipped the Children's Zoo. And I know that is a great part of the Cincy Zoo. But we were so hot and exhausted by the end...
We were first greeted by this lovely macaw as we approached the reptile house. He put on quite a show for us- preening and ruffling his feathers. 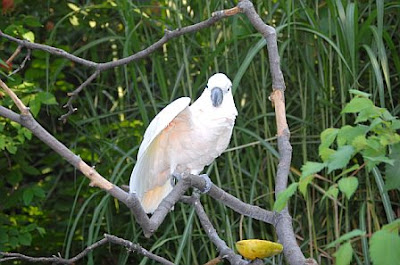 Zach wasn't quite sure what to make of that bird being so close and large and... pretty. 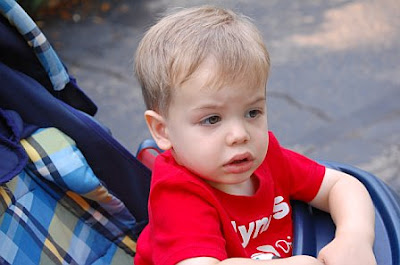 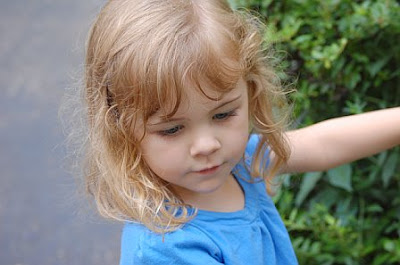 Into the reptile house. It's a small rotunda with glass enclosed habitats for a variety of snacks and lizards. In the center live a few of these crocodiles... 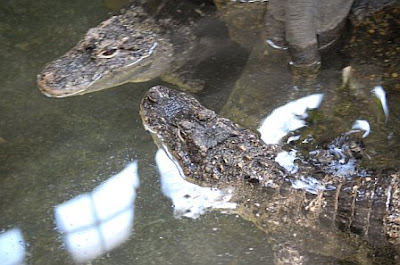 And all around, in those glass enclosed habitats, are snakes and lizards of all sizes and colors! 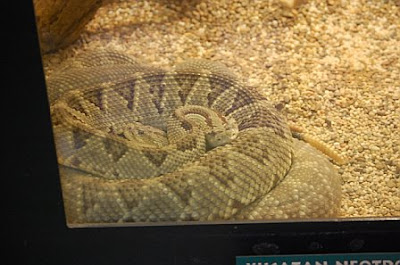 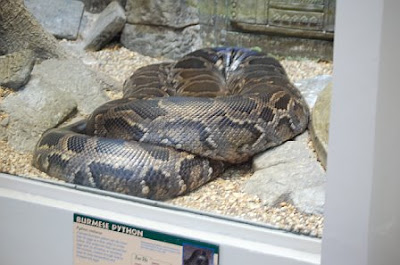 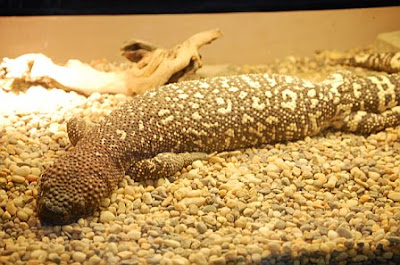 We headed back outside and visited with the baboons. It was early still so they weren't doing much of anything. 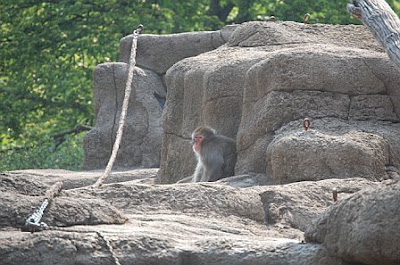 Next stop was the Cat House. Yes, it is really called The Cat House. I remember when it was first built... it was such a big deal!! The assortment of cats, the size of the building, the habitats... the first unfortunate thing about our visit was that the Cat House now smells like The Litter Box. The next unfortunate thing was that visiting the cats post-breakfast and pre-lunch is apparently not the best time to visit. That is apparently naptime. These little guys were very active. Actually- I guess they are females. Coatimundi, I think. And the males are seclusionary and the females are very social. 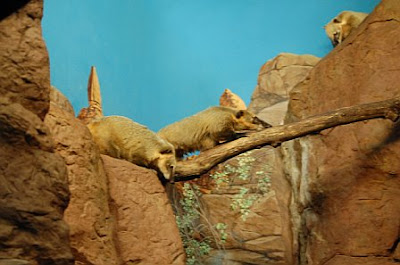 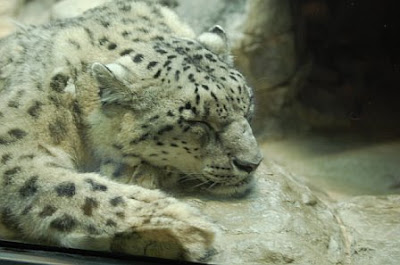 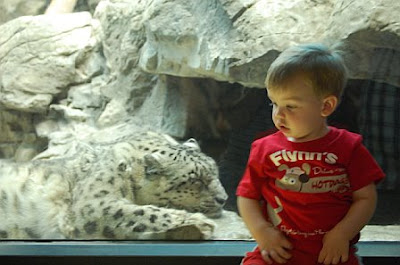 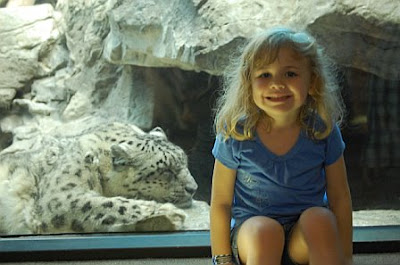 The gorilla habitat is big and incredible. There was a young gorilla, too. So cute and funny! This big guy below gave everyone a start when he lumbered back into this little cave-like spot and WHAM slammed his fist on the door... I assume a demand for food. 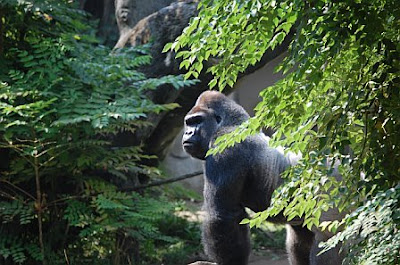 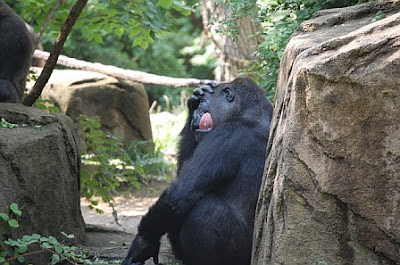 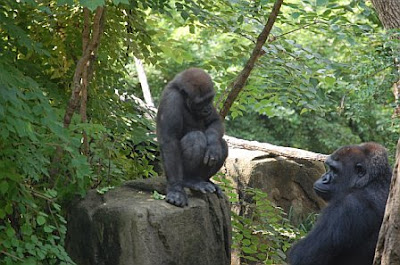 I have no clue what this little guy is called. But he is sooooo stinkin' cute!! 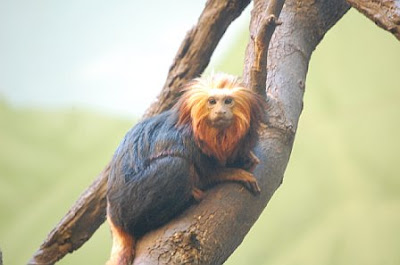 A ride on the many-animaled carousel 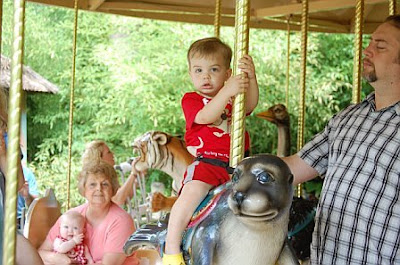 Can you believe that Teagan has such looooong legs?? 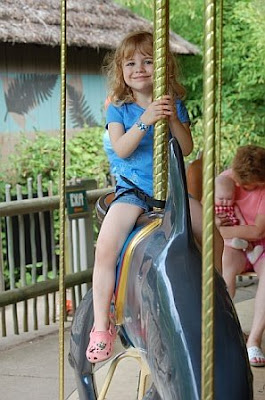 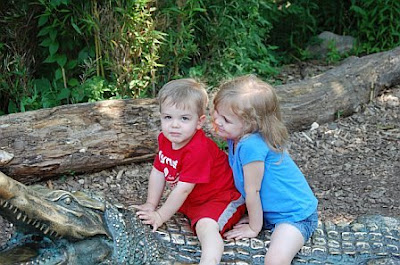 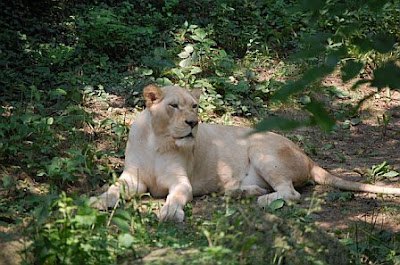 The polar bear was putting on quite a show to beat the heat. Swimming from one corner, pushing off and swimming upside down near the water's surface, turning around on this log, diving down to the very bottom of the pool, pushing off the bottom and swimming back up to the starting point. Quite a crowd had gathered! 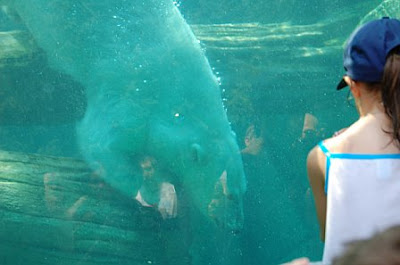 The giraffe area is really neat. We just missed the feeding time. But the observation is a double decker deck. When you first walk in, you are at eye level with the giraffes. Feeding spots (hay, grass) are right at your feet and the giraffes have no qualms with heading over and hanging out right by you! Both of these pics are without any zoom on the camera. They were literally this close to us! 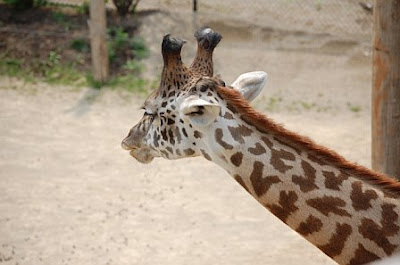 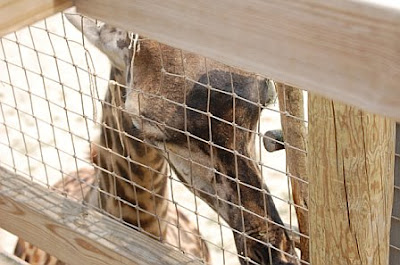 Zach crashed for a nap so I held him while we took a short train ride around Swan Lake. Teagan enjoyed sitting with Daddy and seeing the fountain and some of the African Plains animals. 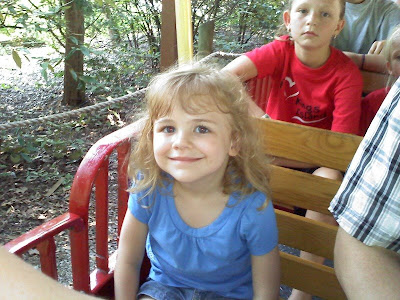 Then the ongoing misery of the heat set in. The sun had come out and it became miserable really fast. Zach was asleep in the stroller, we had our souvenirs purchased (a stuffed animal for each kid- and they are both still head-over-heels with them), and decided to stop for a drink and to review the map to see what was left to see. 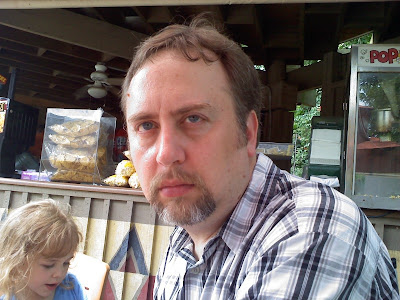 Only one thing can take a child directly from "I don't wanna walk, I'm tired, I wanna leave..." to "I love you Mommy! You're the BEST!" in one breath- much to the humor of the cashier at the snack stand.
Cotton Candy. 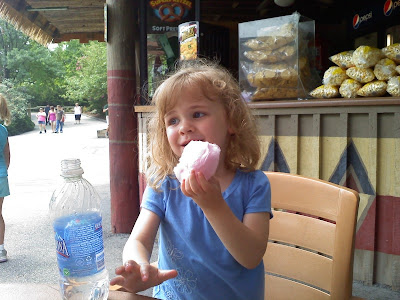 Overall a good trip. I will try to get the video posted from my personal Zoo favorite- Gibbon Island. 2 giant bamboo structures and the gibbons (2 on each island) whoop and yell and shriek and swing and fly around their bamboo playground. We saw a lot more than what we took pictures of. And I look forward to going back when my kids are older and will want to learn about all the animals and habitats and such. It's bigger and has more exhibits than the Indianapolis Zoo. But our little Zoo has a lot of good stuff, too, and has things that Cincy doesn't (like our Oceans exhibit and our Dolphins). And maybe in a couple of years, it will be worthwhile to get a membership. Because the tickets were EXPENSIVE. Membership generally pays for itself with 2 trips.
Anyone remember the old PBS Zoo show? It was filmed at the Cincy Zoo and the theme song always sticks with me...
Zoo, zoo, zoo!
Come out to the
Zoo, zoo, zoo!
Labels: kids, Lizdom Meets World

Awesome pictures now I don't have to go to the zoo and sweat I just sat here in the A/C and went.

That has to be one of the largest rattle snakes I have ever seen..is it close to a record did it say.
I hate snakes but he's hough.

Those pictures are amazing! Your kids look like they had a great time. I love the zoo!

The gorillas would be worth the trip for me. But zoos are exhausting, aren't they?

One time when I was about 5, a giraffe leaned over the fence and it's purple, wed tongue licked my entire face! My mom said it was amazing to watch! Thanks for sharing your adventure! -kristin

Those pics are AWESOME! I loved all if your vacation stories & pics! sounds like you guys had a blast! Welcome back!