I'm hopeful that we turned a corner a week ago. 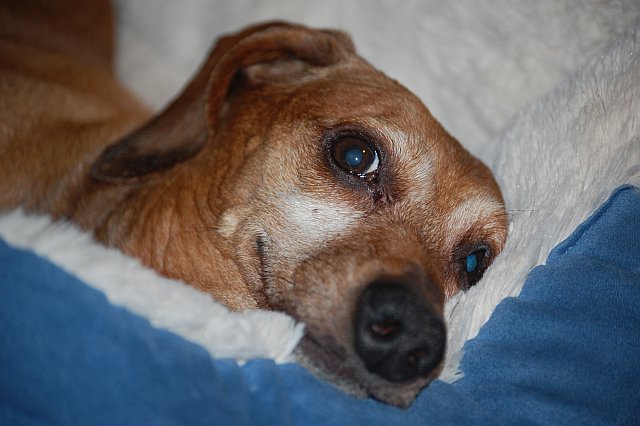 Things had generally been going well.  But every few days, there would be a new pee spot on the floor somewhere.  The favorite room to leave the pee spot was the kids' bedroom- a place that made the marking even more irritating to me.

We had shampooed like mad.  I thought the carpet would be permanently damp.

Then Jeff went away for a weekend and we had some nice quiet time at home.  I was immensely enjoying that Buttons had been doing great when... she went and peed in the kids' bedroom.  She'd been all snuggly with me on the couch, got up and went down the hallway.  I assumed she was going for water.  When she didn't come back, I checked and she was standing outside their room, staring me down.  Sure enough- there was a pee spot.  The second I saw it, she ran and hid under my bed and stayed there for a while.

A few weeks ago, we started keeping her in a cage at night and while we are gone.

After that pee incident, I had a thought... the only room she peed in anymore was the kids' room.  It's like she needed to figure out her place in the pack and marking that room was her way of trying to assert herself.  She very much follows the "don't pee where you sleep" thing.

So I moved her cage into the kids' room.

It's not a permanent thing.  But from time to time, when we go out for a few hours or for the day, I'll put that cage in the kids' room to help her remember her place.

So far, it's working.

Other than that, she's a great dog.

She is more expensive than we had expected.  We'd been told her medicine would cost around $45 a month.  First vet wanted to sell us her meds for $75.  We switched her to our vet and her meds are $55 a month.  Every few months, she's going to need testing done because of the Cushing's.  In March, we need to schedule her test.  She will spend all day at the vet's office and have blood draws throughout the day.  The day of testing costs almost $200.

So the dog budget is way higher than expected.

But she is a sweet old girl.  She snores and snorts and breaths oddly (she has earned the nickname "Slingblade").  She is extremely motivated by food and seeks a treat anytime she knows she deserves praise.  She is patient with the kids.  She hasn't ever grumbled or growled at anyone.

Teagan and I have had a few intense conversations lately about Buttons and how old she is and about her having Cushing's and that we just don't know how long she will be our dog.  Maybe 2 years, maybe 6 months, maybe less.  That our purpose in adopting her was to provide her with a secure, calm, comfortable home to live her life until the end.

But we will all be crushed when the time comes that she is gone. 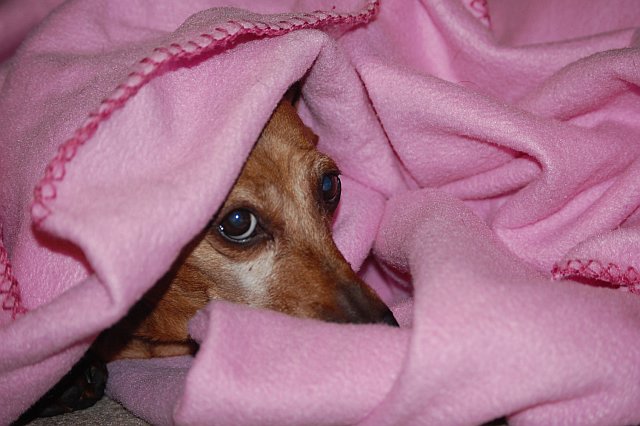 Buttons is a cutie.