Another school year has come to an end.

My son has finished his special year of pre-K in a Kindergarten classroom and will start public school Kindergarten at the end of the summer. 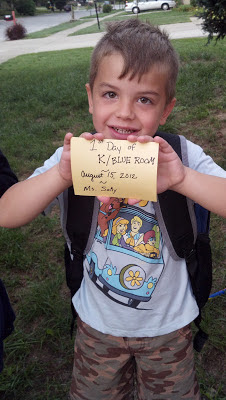 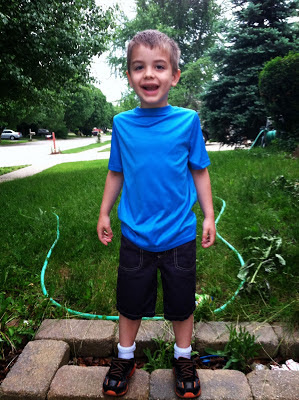 He has grown tremendously this school year.  We've learned so much about him and his personality along the way.  He is my sweet little guy, so joyful, becoming such a Boy, but still loving and cuddly.  He made his first best friend this year - and has experienced the sadness of knowing they won't be at the same school next year.  He has made new friends in our neighborhood.  He has started to blossom out of his shyness at church and in new situations.  He loves video games, basketball, Peter Pan, and still loves his blankie.

It's been another challenging year with Teagan.  But a good one, too.  Second grade had some great highs and some big struggles.  We hit milestones - like our first lost tooth. 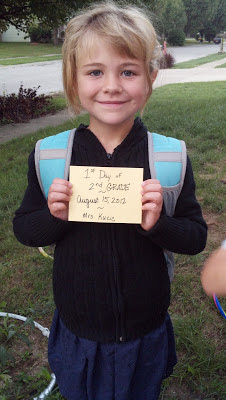 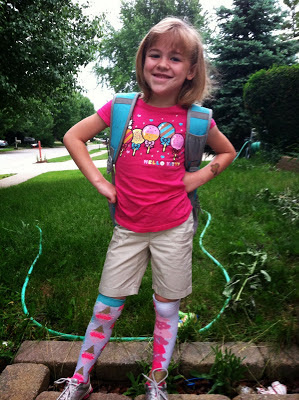 She has learned a lot about what it means to be a friend and what it means for someone to be her friend.  She has developed her own sense of style.  She has continued to prove that she is smart.  Spelling and reading are big strengths.  She hit her first learning challenge with some math subjects towards the end of the school year and had her first experience in feeling stress about learning.  She has become a problem solving and is seeking independence in many areas.  She loves reading, riding her scooter, time with her bestie, and her stuffed pig (Squish).

The school year is done.

And vacation is about to start.

Ahead of us is a week full of new experiences, incredible fun and letting go.  I am looking forward to having lots of time as a family and also being able to just let loose and goof off together.

It used to feel like summer stretched on for a bit... but now... it feels like I am suddenly going to have a girl starting 3rd grade who will be watching out for her little brother as he nervously steps foot into a big school as a Kindergartener.

I know many moms who have started some awesome summer lists - things they want to make certain they do this summer with their kids.  I don't have much of a list...

I just want to treasure each moment.  This summer feels like a summer of big transition for our family.  My goal is just to be able to hang on to as many of the good moments as possible.

I agree. Summer just doesn't feel as long as it used to. My boys are in the process of making a list of what they want to do this summer, and I'm encouraging it (mostly because I don't want to hear "I'm bored." and because I want them to feel that we made the most of their time off.)

Where does the time go, right? I will have a 3rd grader and a 1st grader and my mind just can't compute that because weren't they just toddlers a few months ago?

I just know you will all have a great summer and I hope you do get to treasure each moment.