There is a little tagline people like to use when talking about Walt Disney...

"It all started with a mouse."

And it did.  Oswald.  Mortimer (to become Mickey).

But at Hollywood Studios, we watched Walt Disney: One Man's Dream.  You walk through a museum, a timeline of the life and work of Walt Disney.  Then you watch a 15 minute movie about his life.

And that's where we learned the most important thing about Disney World.  And it has nothing to do with a mouse.

Walt Disney had all his time and money tied up in the company, in the movies, in the characters.  However, he gave every Saturday to his daughters - Daddy and Daughter Day.  They would go out and find fun things for the girls to do.  And Walt realized that he wanted to find a place where they could go and have fun together.

So he created that place - Disneyland.

A place where the family could go and have fun together.

In moments of exhaustion and heat and hunger and frustration... I kept going back to the reason Disneyland and Disney World were created.  To have a place where families could go and have fun together.

And for the most part, that's what we did! 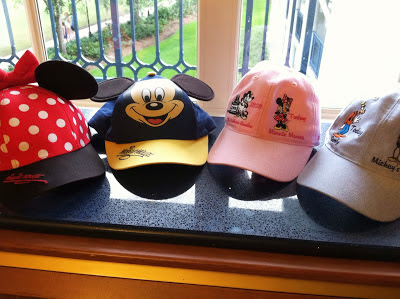 This Disney "series" was written so well. You avoided the "Day 1, we did this and this". You categorized it. Nice going!