If You Didn't Want Thai, You Could Have Just Said So!

Christy has been hugely busy and stressed with her production of "The Mousetrap" and we haven't seen her as often as my kids have gotten used to. Last night, she didn't have rehearsal so asked if we could all have dinner.
We decided to try out this little Thai place near my house that we had heard good things about. Jeff's never done Thai but it's close enough to Chinese that he should enjoy it. Teagan was very excited- to have "red chicken" (sweet and sour) and to use chopsticks (she's getting good with those things).
Zach. was. a. nightmare.
From the moment we went into the restaurant... We put him in his high chair, he wanted out. Take him out and hold him, he wants down. Put him down, he wants up.
We order an appetizer because we figure he's just really hungry. He eats an entire skewer of satay chicken. Wolfs it down like he's not been fed for days.
And then continues with the cries and screeches and demands. Nothing satisfies him, nothing calms him, nothing distracts him. 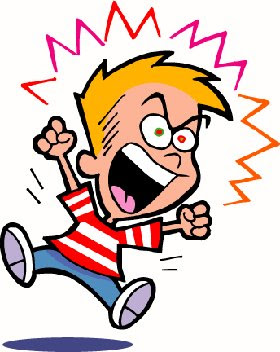 Food comes. Surely now he will sit and eat. No way. No interest in food. He had a skewer of chicken, afterall. So I wolf down a few bites and pick him up and take him outside.
This is a very small restaurant. I think there were a dozen tables. A group of 4 adults was to one side of us and a young couple sat in a booth across the small room. So he couldn't just get down and run around in our corner or anything.
So we go outside. And he's fine. Looking around. Smiling. Laughing at me. Soon he leans toward the restaurant. I ask if he wants to go back in and he says "yesssssh" in his adorable Zappy way.
We go in. And he turns into Demon-Zach again. So Jeff wolfs down a few bites and takes him outside. Walks him up and down the little strip mall. They come back in and Zach is proudly carrying a take out menu from the pizza place down the way. 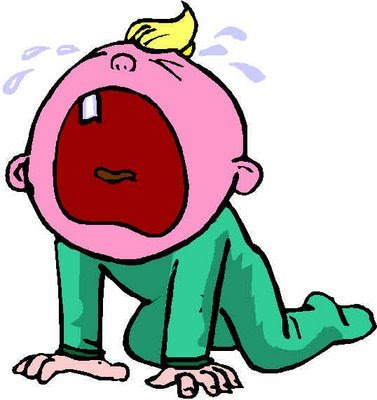 And Demon-Zach is back. Crying, squealing. I'm feeling pity for the people around us. I'm too busy trying to enjoy (and not just inhale) some of my food, keep Zach calm and in control, letting Jeff get some food... I have no clue if anyone is giving us dirty looks or not. Doesn't matter, really.
I end up taking Zach out, once again, strapping him into the carseat, and going back inside to enjoy my dinner.
What? I could see the car through the window.
OK, fine. I'm kidding. I did strap him into his carseat. But he and I sat together in the car and listened to Raffi and chatted and such. He was much happier then.
Jeff and I, however, ended up BEYOND cranky. We were snipping at each other, confronting each other. It was bad. I had to run an errand after the kids went to bed and it was good for both of us to have that separation. We were much better when I got home (and we both apologized by phone right after I left).
Zach's just a boy who needs to be at home. We need to save the eating out for weekends. After being at Lisa's all day, he wants to be in his space at the end of the day. Teagan was always content to just be with us. We could take her anywhere and do anything. As long as she was with Mommy and Daddy, all was good. We rarely had issues taking her to restaurants. But Zach has different needs and deserves to be heard, too.
I guess next time we'll do take out.
Labels: parenting, Zach

I cracked up over the leaving Zach in the car seat and seeing him through the window.

I hate dining with small children around. I have to be honest. I'd be one of those dirty look people. Sorry, what can I say? Jim says go to McDonalds, they have an Oriental Chicken salad and pretend it's Thai.

I know we like to go out to eat, and the ambiance is as important as the food flavors.

It's good that you are able to recognize what Z's needs are. Not fun to always meet those, I realize. I know lots of boys who seem to be homebodies. Wonder what that is? Sorry your dinner was ruined.

Very true, Amy. Jeff is like that, too. He needs his home time. And would probably be perfectly happy to just always be at home. Whereas Teagan and I love to be out and doing things.

We try to be mindful of other patrons when we eat out. Which is why we will remove a kid when they act up. Just remember that, in most cases, as annoying as it is for you... the parents have to deal with it and live with it!

Poor little man (poor mommy too). Asher is the same way. Sometimes. And others he's just fine. I never know who I'm going to get so I always end up wolfing down my meal, I can't slow down even when I try. Ugh.

By the way, I tagged you today as a mommy blog I especially appreciate.