Last week, after just a few short months with Buttons, we had to say our final goodbyes.

When we lost Ginger, it was sudden and unexpected and we had to make decisions in the middle of the night without having each other to lean on.  We didn't have time for goodbyes.  We wanted to make it right for Buttons.

We wanted the send off for Buttons to be a special and memorable day for the entire family.

Jeff and I took Buttons to the vet in the middle of the day and the conversation boiled down to there not being much else to do for her and quality of life.  We knew what needed to be done.  We made the appointment for that evening, we handled the bill, and we left with Buttons.

We picked up both kids from school.  Our family needed to be together.

We drove through Dairy Queen and got cheeseburgers and ice cream for Buttons.  We let her sneak in some licks in the car.  We came home and fed her.  She pretty much just wanted to stay in her bed.  We cried sometimes.  We laughed sometimes.

Zach wanted to know when Buttons' birthday was and since we didn't really know, we decided that that day was her birthday.  We sang "Happy Buttons Day to you!"

We snuggled up and watched a movie- someone always had a hand on Buttons.

We went outside for a photo shoot.

Buttons managed to find a way to get 2 minutes alone at the end of the hallway and left us her special goodbye gift of peeing on the floor.

She took one last exploration under the deck.  She had slices of ham for dinner.

Then it was time to say our last farewell and give our last hugs and kisses and pets.  Teagan cried.  Zach was unconcerned.  I asked if he wanted to say goodbye to Buttons so he said, "Goodbye Buttons! Enjoy Heaven!"

Jeff took Buttons to the vet for her last goodbye.  I stayed home with the kids.  Teagan cried a lot.  We read "Dog Heaven" by Cynthia Rylant.  Jeff came home and we talked about what we thought Buttons was doing in heaven right then (we all decided she was eating first and then maybe digging some holes in a field somewhere).

She died with a small spot of ice cream that had dried on her nose.

It was a sad event in our family.  But we made her last day so special for her and for us that I actually have really fond memories of that day. 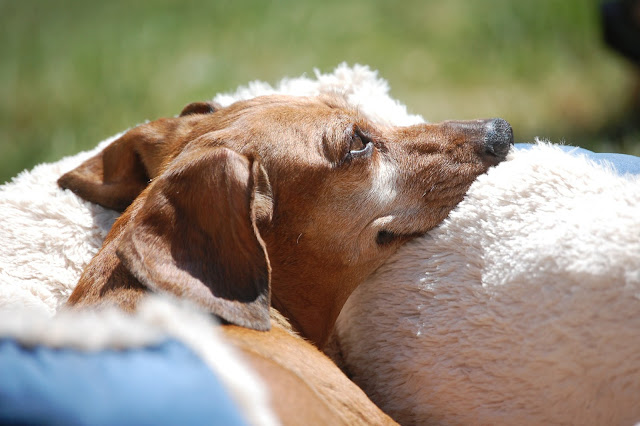 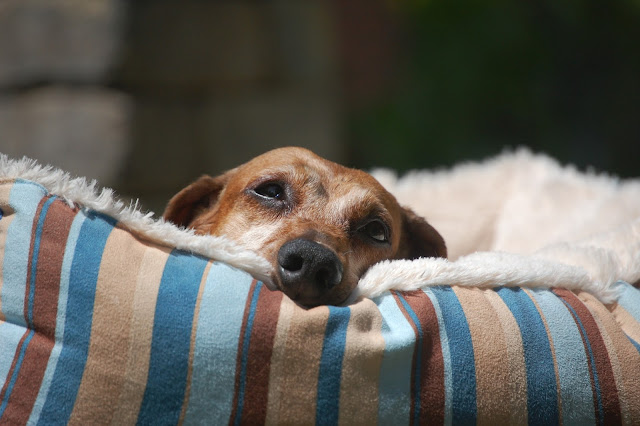 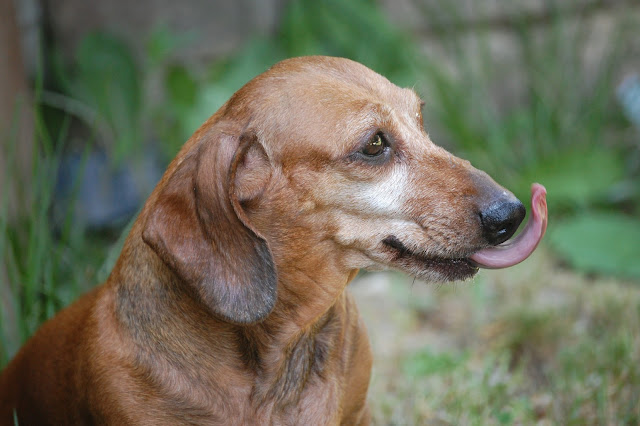 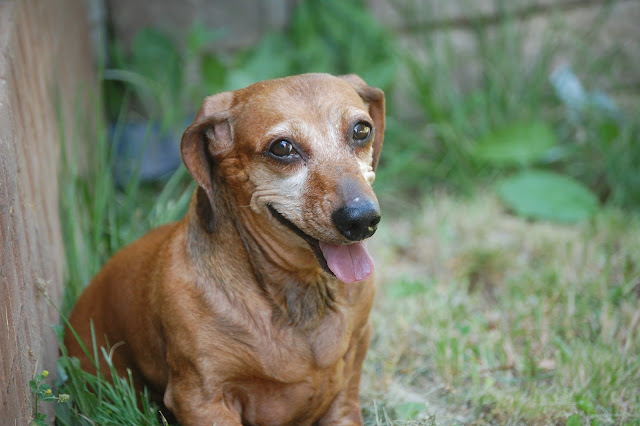 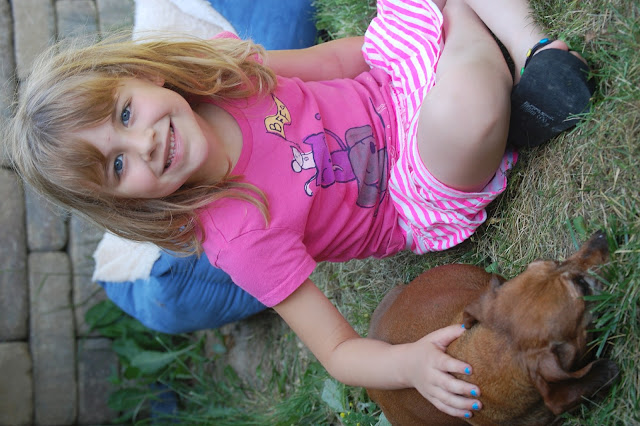 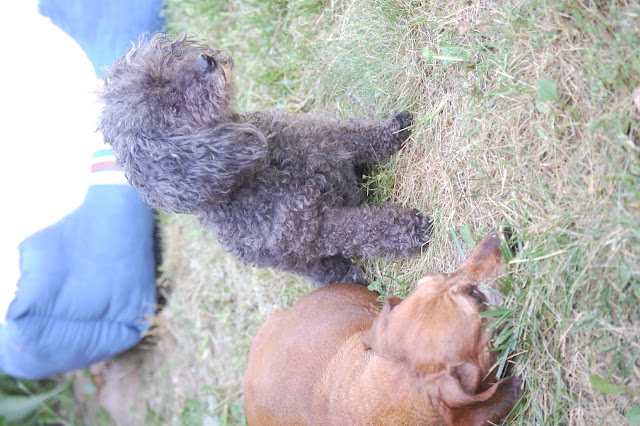 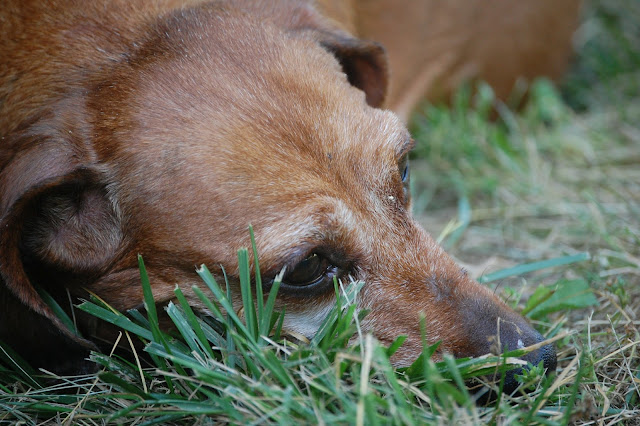 I'm so sorry for your loss. I think your family handled it so well. Bravo!

So sad, but wonderful that you guys made it into a beautiful moment.