A Visit from Uncle Ted

What a 4th of July weekend we had!!  My family came to visit and we had such a great time!


My mom and one of my brothers came for the day on Saturday.  It was wonderful to be able to spend some time together.  Even with just a 2 or so hour drive between each of us, it's still hard to find time to get together.  What I really love is that my brother came on his own (he lives in a different part of Ohio than my parents).

They left Saturday evening and my other brother, Ted, came to visit.  He had been in Indianapolis to visit some college friends who have moved here.  He spent Friday and most of Saturday with these friends - and a large group that all came to enjoy our town for the holiday.  Ted then stayed with us until monday morning - when he left to return to West Virginia.

One of the highlights of the trip was a trip to Ritchey Woods Nature Preserve where Ted convinced my kids that a hose stand was a poisonous creature.  He carefully pointed out the blue and green markings on it that indicated that it was lethal.  My kids were truly enjoying this bit of fun - and I think they believe these hose stands actually spew out poisonous water! 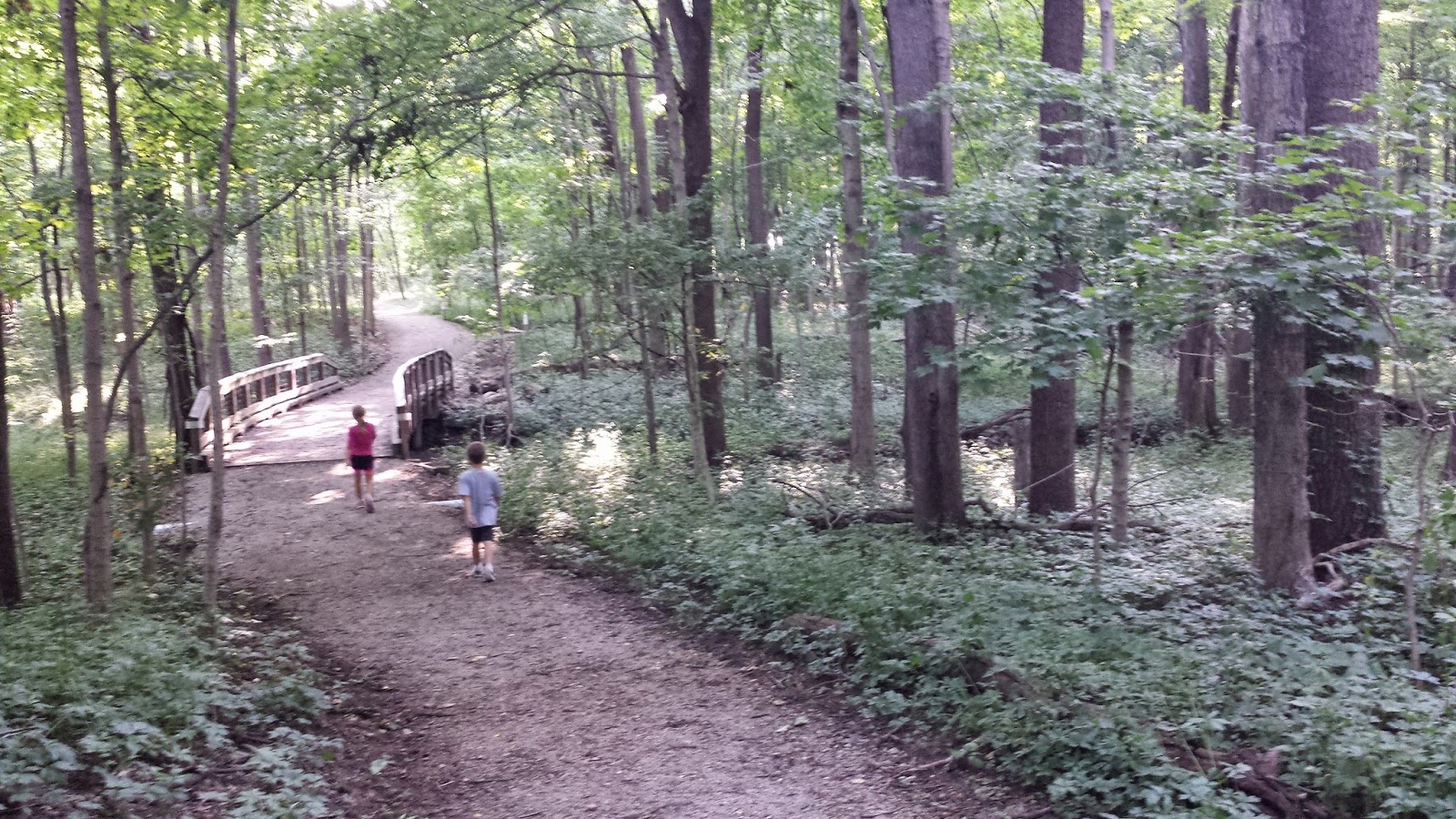 Ted had promised and he fulfilled his promise to teach my kids how to march like they're in a marching band.  I had no idea it was... intricate.  The video cracks me up at the end (Zach's a funny little dude). 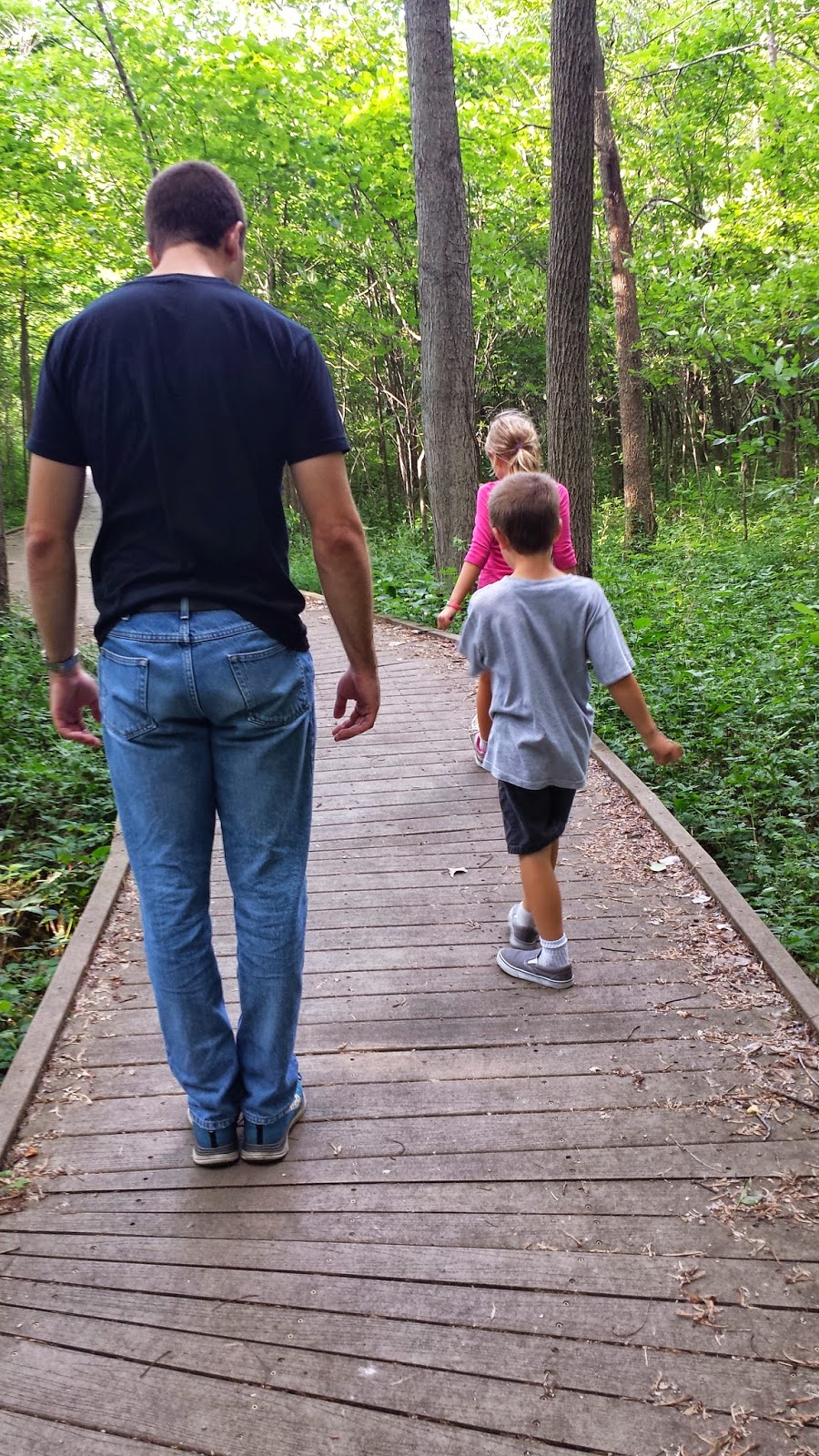 Ted investigated a hole in the side of a shed.  Nothing was there. 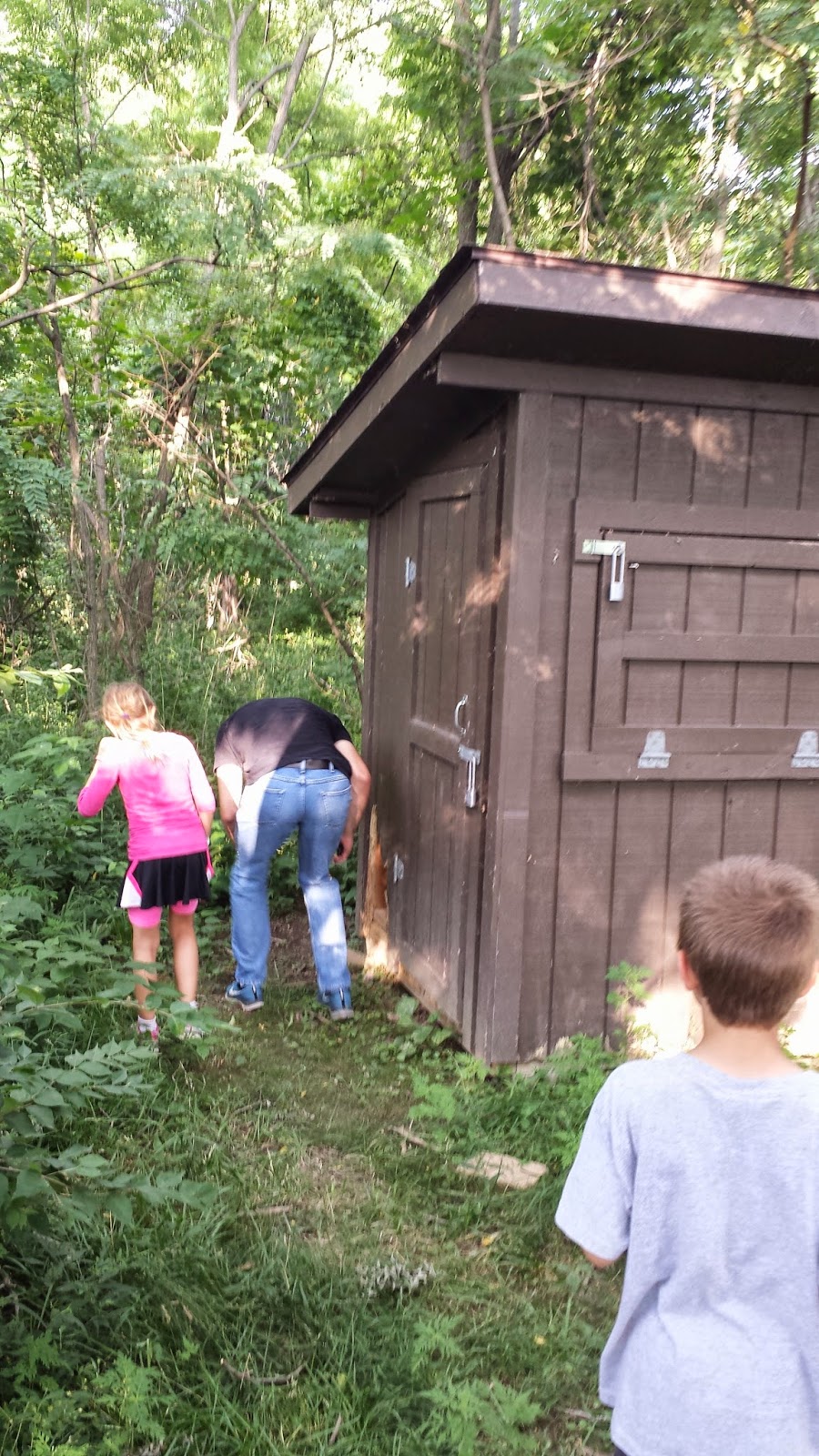 And after our nature walk, we knew it was time for a treat.  Off to Coldstone where Zach went for a unique flavor combination of tangerine sorbet with nestle crunch bar.  He loved it! 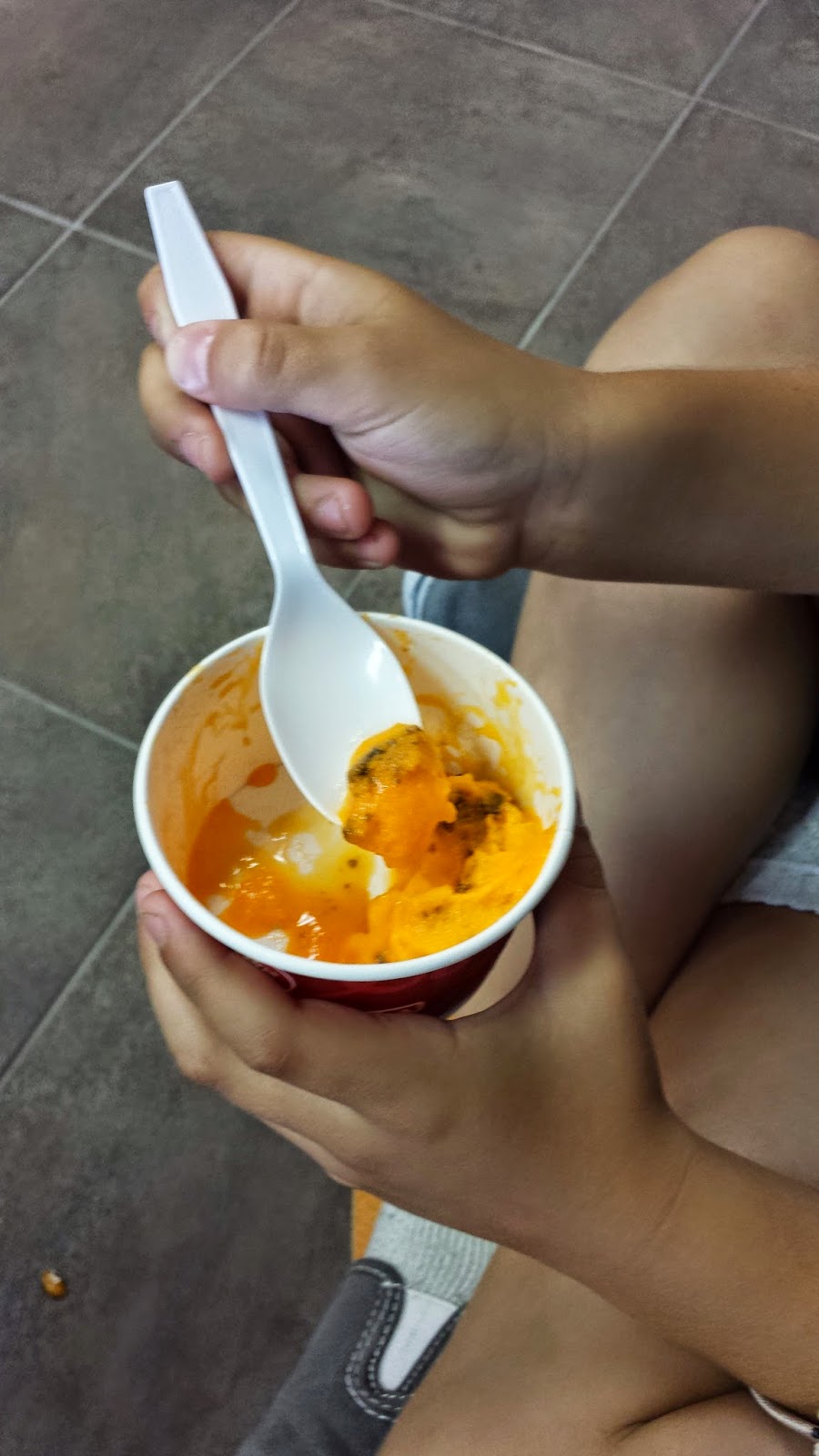 We then went to hit Dairy Queen to get a treat for Jeff (he hasn't been able to join us).

I had to laugh at this sign on a shop that has a remodeling project going on.  Can you see the funny?

We ended our fun holiday weekend with sparklers!  The kids have always been too scared of things that light on fire in previous years so this was their first time.  Zach was super excited - but it's a toss up between the sparklers and being outside in his pajamas (he kept yelling that as he ran around with his sparkler). 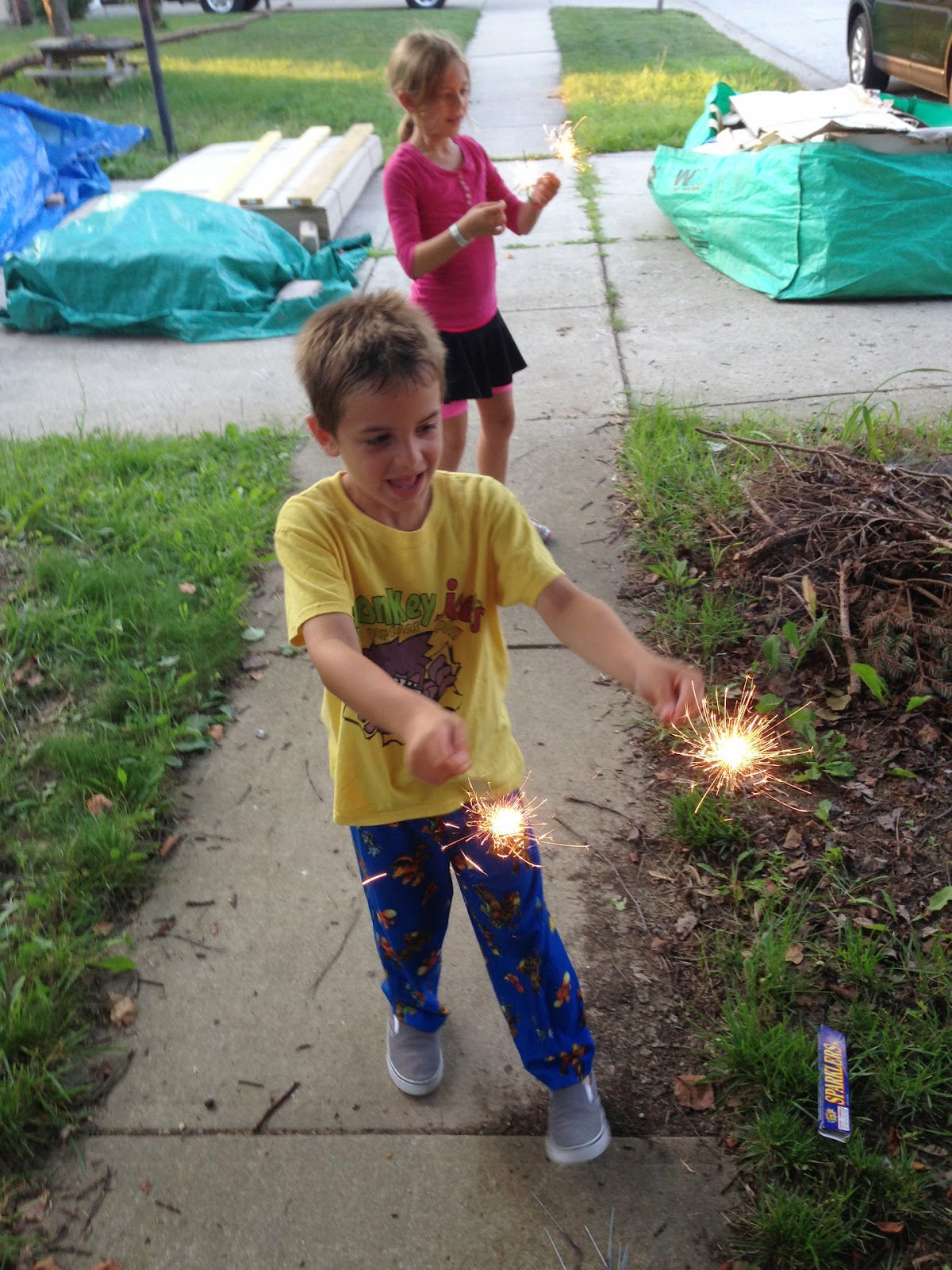 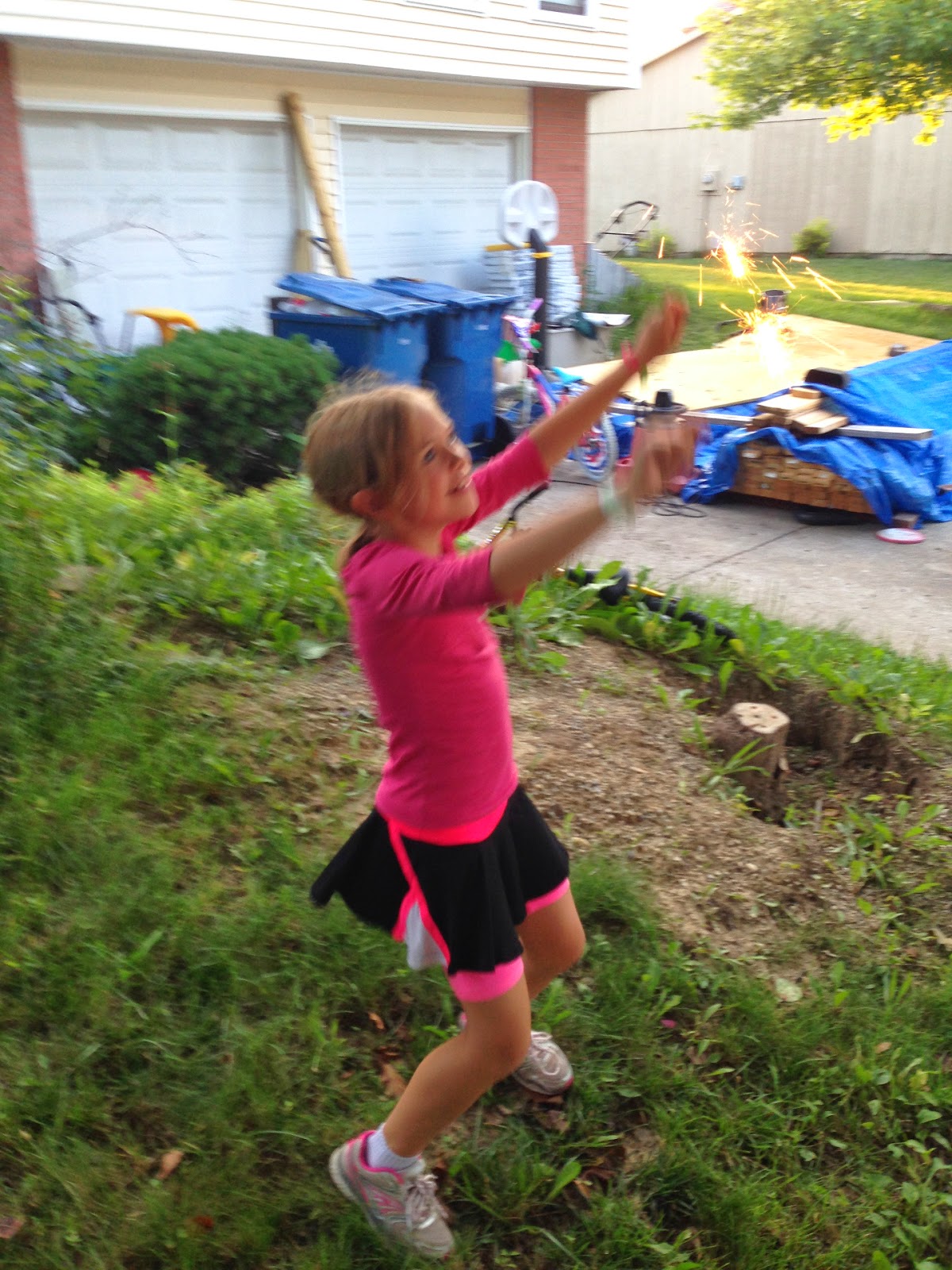 But the part the kids will remember the most is that they got to sleep on the couch.  Ted was going to sleep on the couch but Teagan had attached herself to the idea that she would take the couch and Ted would have her room.  So when we headed to bed, we moved each kid tot he couch.  They have continued to ask to sleep there since Ted left.  We have a new bedtime craze on our hands! 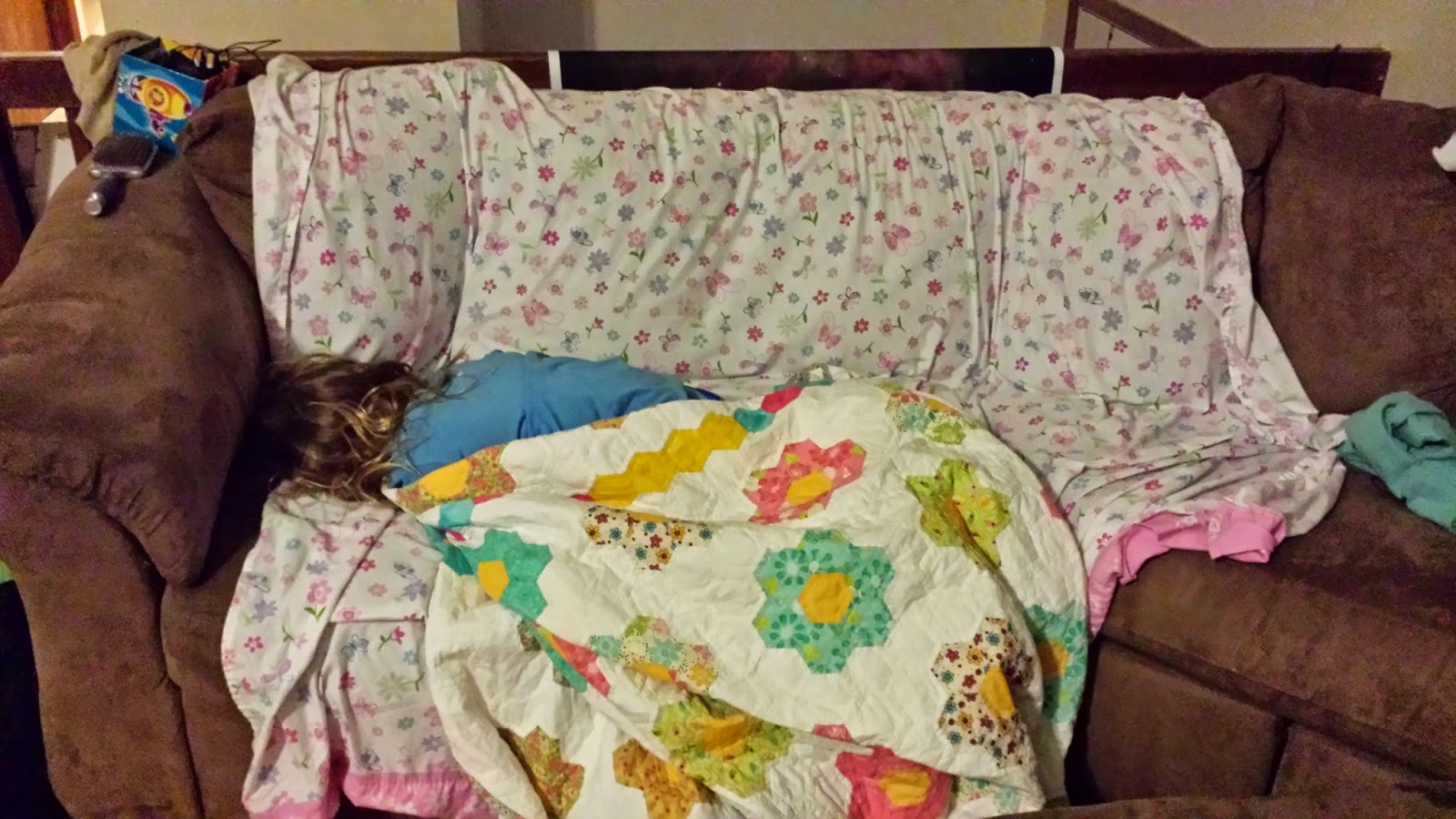 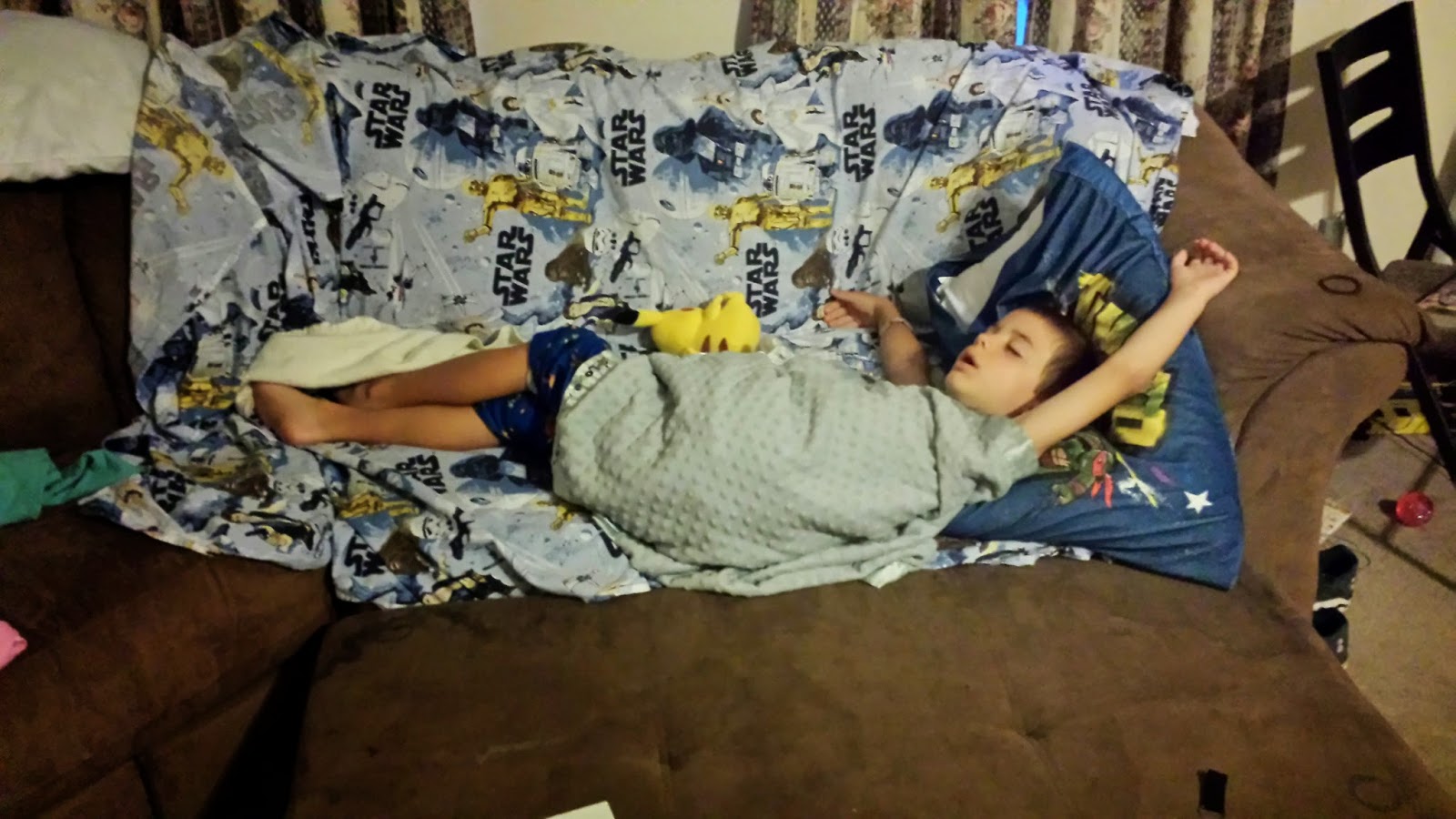