On Saturday, Teagan and I completed the Fishers Freedom Festival 5K.  It was also my first official "I Run 4" event in honor of my buddy, Scarlett.

This annual event is all about community.  Neighbors come out and sit in their driveways or on corners to cheer on the runners and walkers.  Every year, there is a guy who stands on his corner with puppets to entertain the participants.  And the guy who brings out his hose or sprinkler near the end to help us cool off.  And the police officers and town workers who block the streets and man the route.  And the church folks who run the water station outside their church. 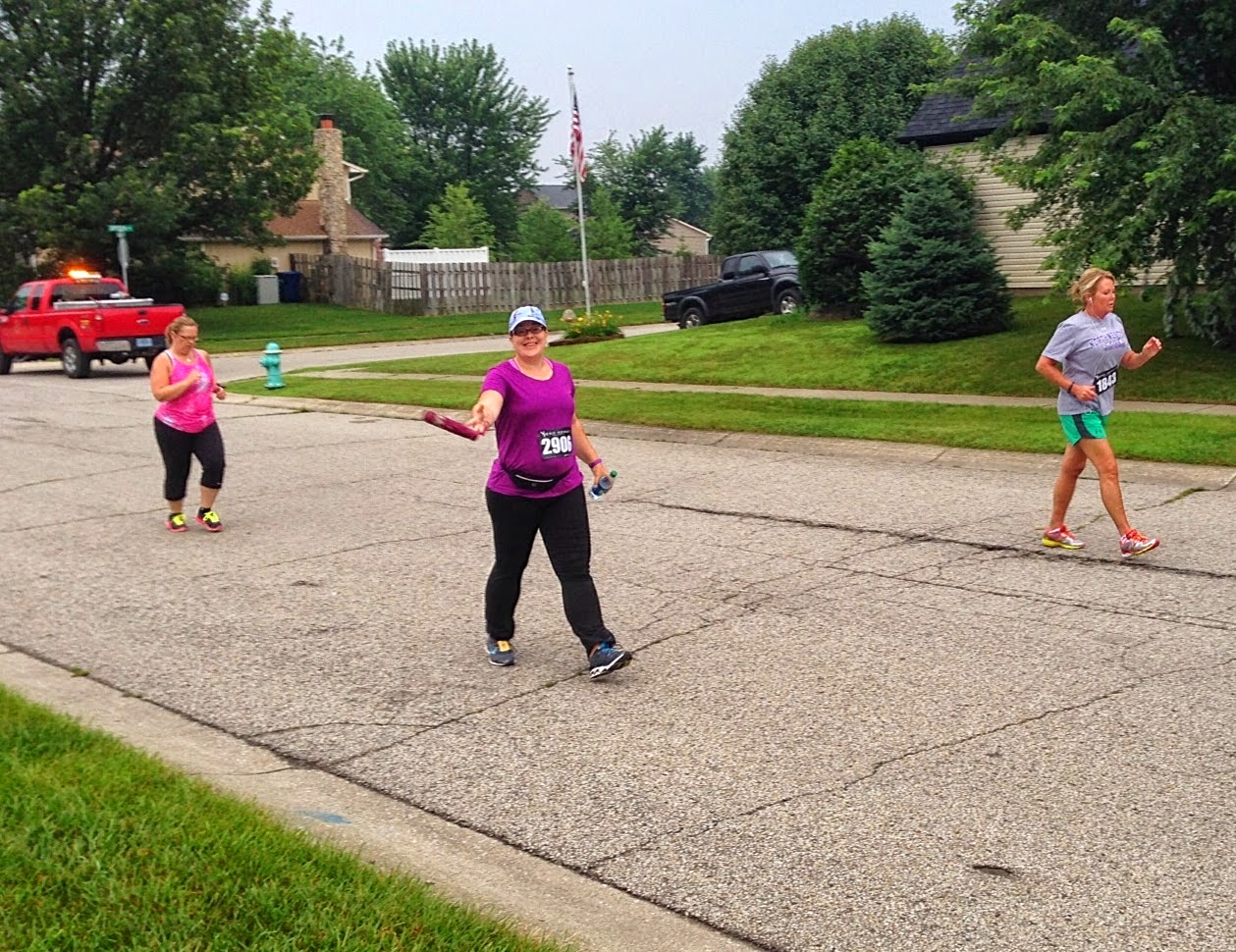 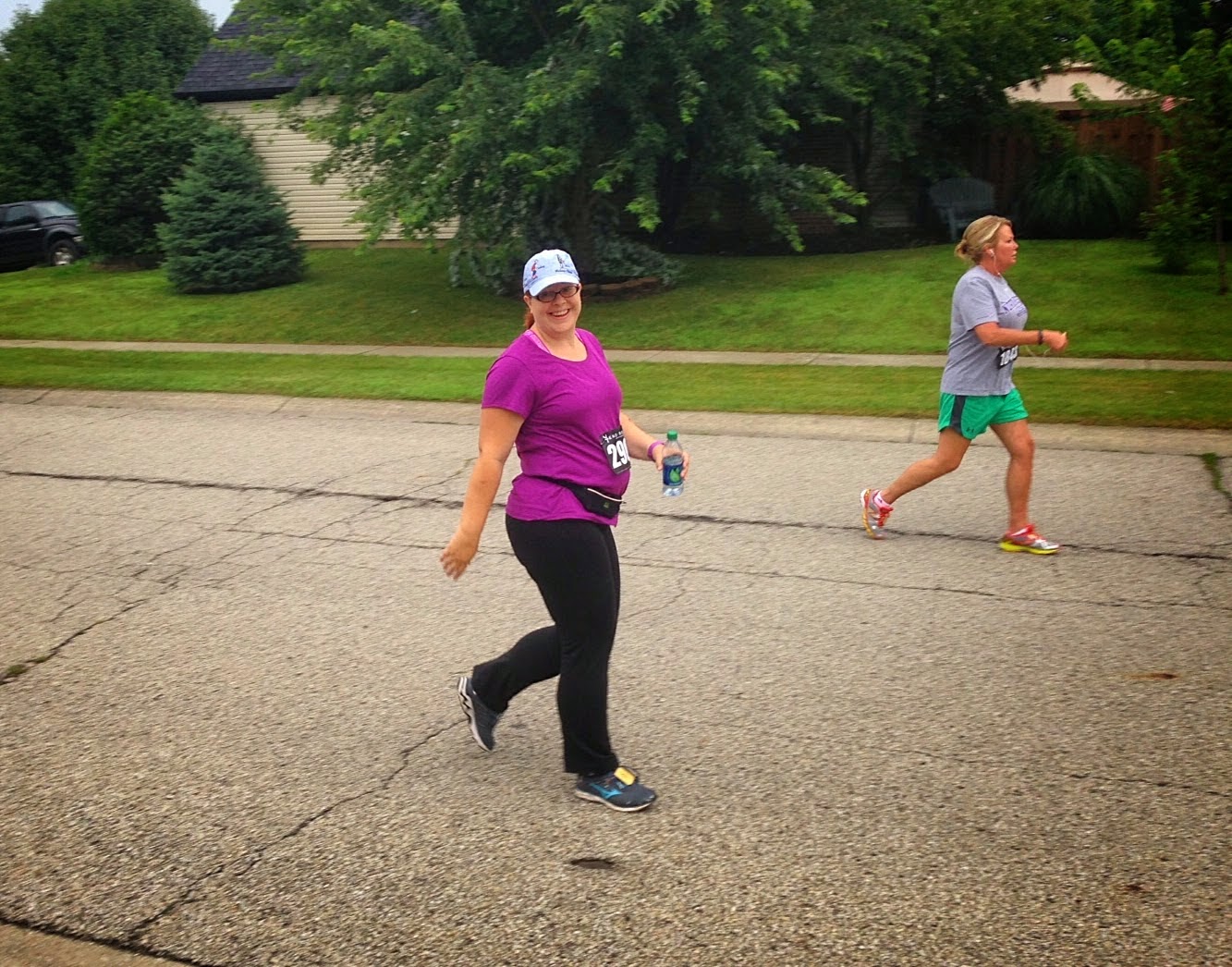 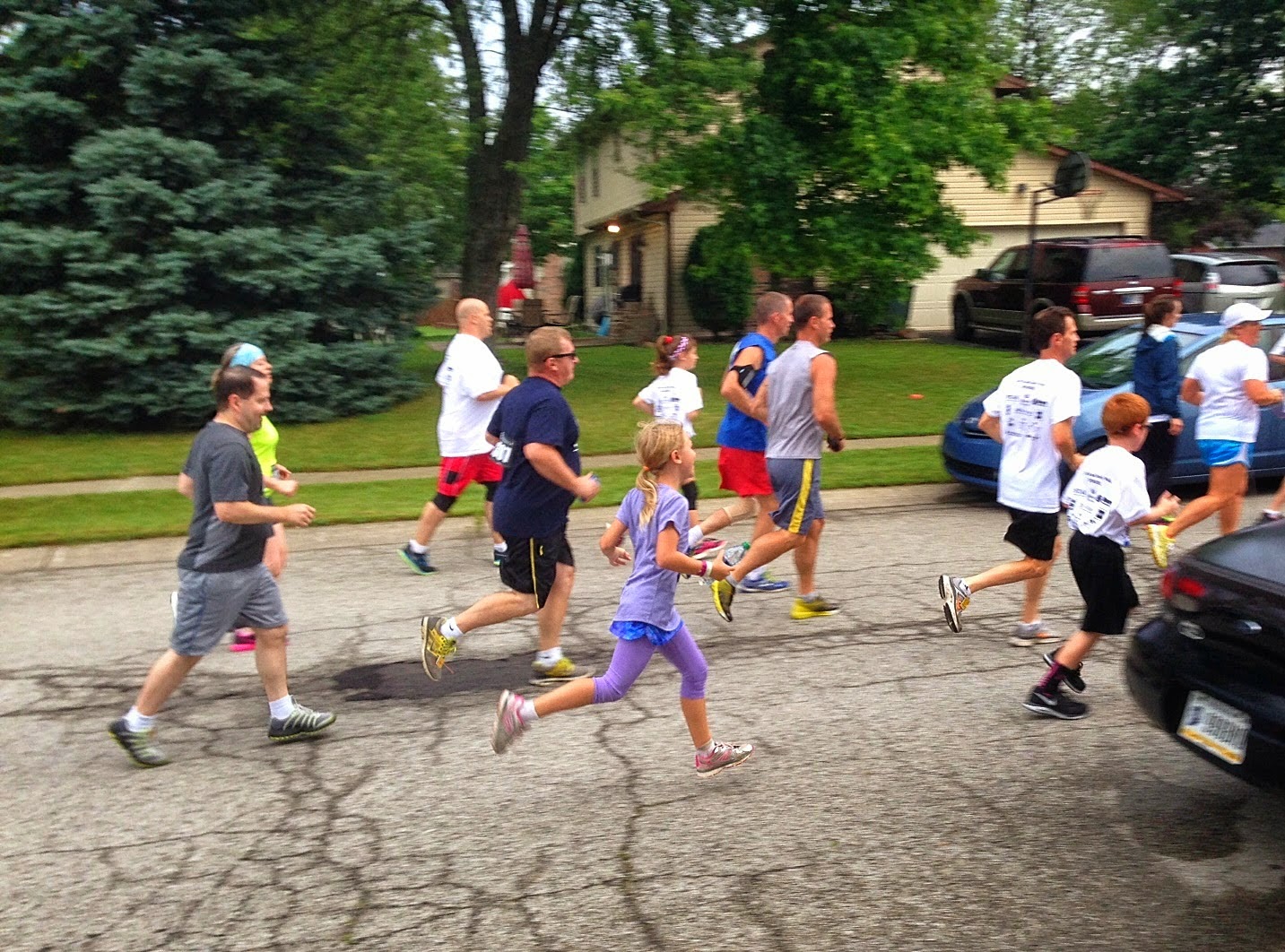 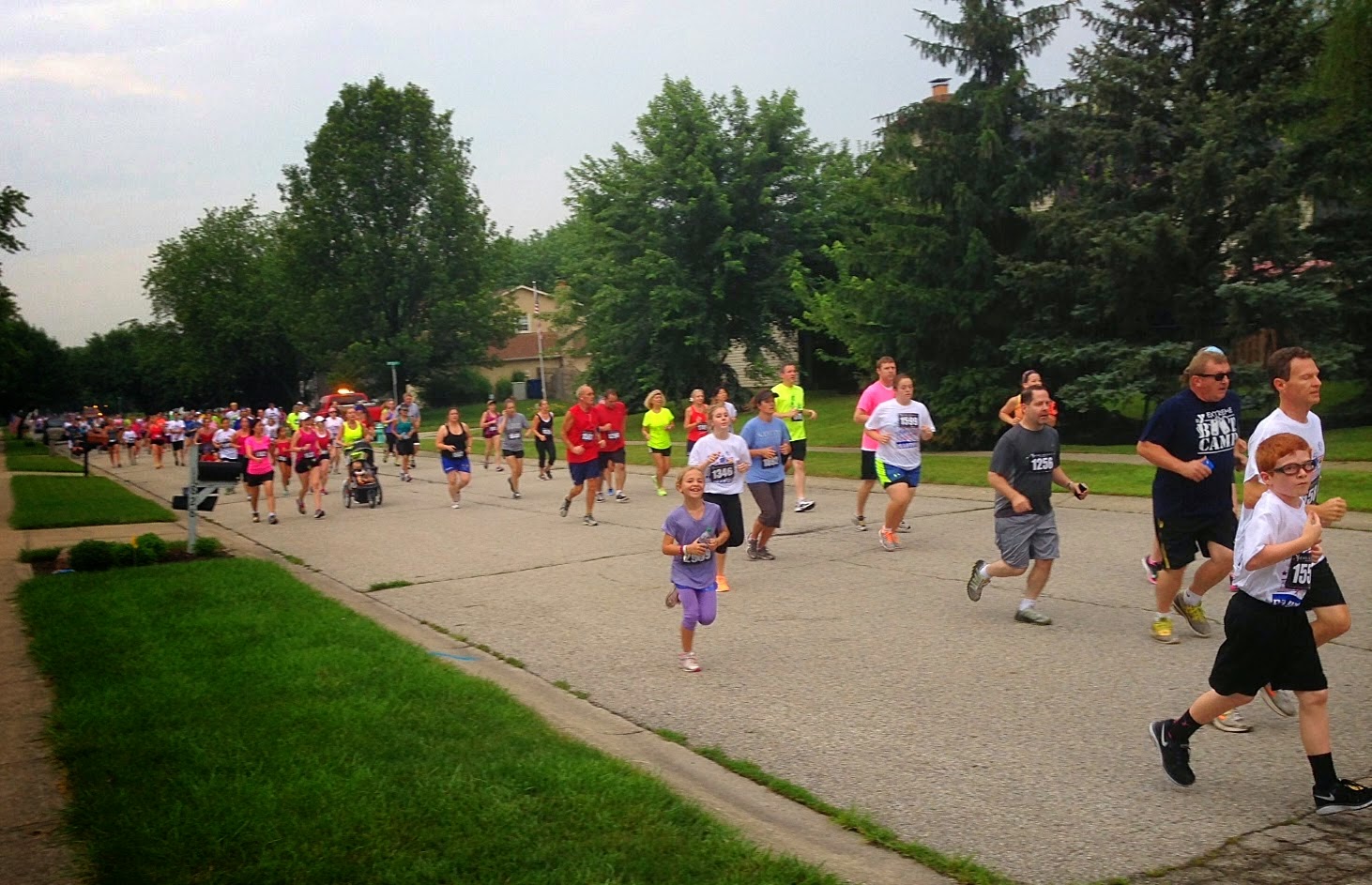 Teagan was eager to do her best so she took off without me - which was fine.  She had guidelines of what she should do in any situation.  The pack never thins out so much that she would end up totally alone.  She completed her event about 10 minutes faster than me.  I like letting her have these "controlled" independent situations.  She has to rely on herself, her own strength, her own perseverance.  She has to trust her own instincts.  It's good for her and for me - knowing she is waiting at the finish line or designated meeting spot pushes me to not slow down beyond my already slow pace!

And I found great joy in being an encourager to those around me.  There was a dad and his little boy.  The boy looked to be maybe 5 years old.  And within the first block, you could tell that the boy just wasn't that into this whole thing.  He wanted to sit down on the curb.  And dad needed him to go!  After the first mile, I had caught up to them (after they had passed me with the boy on dad's shoulders).  And I made it a game - telling him that I was going to catch him and he can't let me pass him.  And this kept him entertained for the next 2 miles!  A mom and her son, maybe around 7 years old, were starting to struggle and I jumped in and gave a countdown so they could race to the next stop sign!  I saw a neighbor and her adult son - the woman who provided child care for my kids when they were babies and I made sure that they crossed that finish line well before me!

I ended up with a blister/raw spot on one heel where my sock slid down.  And I was exhausted from the day and my health stuff.  But Teagan and I accomplished something special.  And that's what really matters!

I love running 5Ks with my children, even though my oldest often does what Teagan did and just runs off at his own pace. We don't focus on times, just on doing it (mostly) together.

We have a couple races that focus on community and they are my favorite!

I think it's so awesome that you and Teagan could do this together. And it really sounds like a great community event.