Yesterday, the kids and I travelled to Cincinnati for a family dinner. My mom hosts holidays and family dinners. She does the cooking and baking. He rhouse has room for everyone to sit at a table together. Her house has a front yard and back yard that my kids love to explore and play in with their uncles. We all have our favorite dishes that my mom makes and our favorite desserts. We generally gather for Thanksgiving, Christmas, Easter. Yesterday, we gathered for a farewell dinner for my cousin, Ryan. Ryan is in his late 20's. Ryan is a handsome young man. Ryan is smart and funny and friendly. 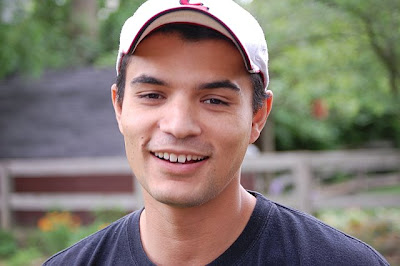 Ryan looks very tired in this picture because he is. He's got major changes coming in the next week. Ryan went to college, went to law school. Now, he is joining JAG and will be a military lawyer. Yesterday, I took some time to sit and talk to Ryan. It's so easy, when you know you will see family at the next holiday or gathering, to forget to really stay connected... to really know what they are like. 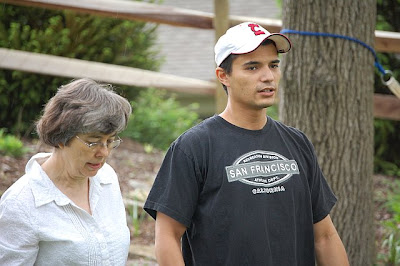 Ryan became part of our family when he was 3 years old and his mom married my uncle (my mom's little brother). I remember going out to California and spending time with them a couple of summers and having a ton of fun with Ryan and his older brother, Jason (who just recently became a dad, by the way). They had a pool and 2 dogs (black labs) and we would swim and play outside and play with the dogs.

Ryan and his family moved to Ohio many years ago and became part of our regular gatherings. It's how we got to know each other and kind of grow up together (even though he's about 8 years younger than me). Ryan's parents and brother moved back to California a few years ago and Ryan opted to stay in Ohio, finish law school, and then see where life would lead him.

Ryan shared with me that he originally wanted to be a lawyer for... the money. But, as he's gone through school and life, he's come to realize that fancy, expensive things aren't what life is all about. He's come to realize that being a lawyer doesn't make you any better than anyone else- but it does offer you fantastic opportunities to help others. He became interested in JAG as he learned more about wha tmilitary officers really do- helping a military mom get child support or financial assistance, helping military families keep their legal affairs in order, work in prosecution or defense in military court.

I think that change in focus is called maturity.

Ryan intends for JAG to be his career. It's what he intends to retire from. Which means he won't be settling down in Cincinnati or Indianapolis or anywhere else near family. He will be moving every 2-3 years and will end up stationed in all kinds of places. 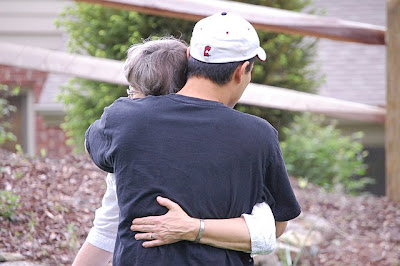 We love you, Ryan! We are so proud of you and are eager to follow your adventures as you start this new life path!

Wow how cool sounds like an interesting career ahead! Congrats Ryan!

Awh *tears*. I don't know him and I'm proud of him! :) My brother is a newly-barred lawyer - and I've seen how hard the transition from school to career is- add the moving to that, and I can't imagine. Good luck to you Ryan!

One of my college friends is in JAG now. I haven't heard from him in a couple of years, which makes me sad.

At least Ryan is part of your family. You'll still see him. Just not as often as you'd like!

I think this was a wonderful tribute to Ryan. Congratulations to him on this new chapter in his life.

Best wishes to him! He sounds like a fantastic person. I really admire his views on helping, and serving. I wish more people could be like that.

Very impressive. That's inspiring. I wish him all the best :)