I first "met" lisleman thanks to Mrs4444. She had posted in a Friday Fragment about this guy doing a non-blog. It was a one entry blog and the idea was that the conversation could go on forever in the comments. Unfortunately, it was a bit of a flash in the pan. I did comment but have to confess I didn't keep engaging. However, lisleman began visiting Eternal Lizdom and I discovered his main blog, a few clowns short. He's an experienced dad, a grandpa, and has a lot of the same science-geek type interests as my husband. He's also pretty dang funny in his observations and thoughts. Show him some love with lots of comments and by following his blog!

Hmm, just a minute while I get use to these new surroundings here at Eternal Lizdom. I’ve been here before but my words have only found their way into the comment section. It’s cool to share my words and ideas up here in a post. Thanks Liz. Are kids today different than my kids were 20 plus years ago? Or different than when I was I kid X years ago (lets just leave that as a big number)? Just because I have no qualifications other than being a dad, that is not going to stop me from providing an answer. Of course, please share your answer in the comment section. Oh just a minute, thinking of babies reminded my of a Steven Wright quote:

"Babies don't need a vacation, but I still see them at the beach... it pisses me off! I'll go over to a little baby and say 'What are you doing here? You haven't worked a day in your life!’”

My answer - kids start out the same but their parents are different from the past and also is the world around them. Not earth shattering news and please read on after you recover from your shock of reading that news flash. This might be old knowledge but it’s worth thinking about as a parent (at least during times you’ll able to think). I believe if you could time travel, adopt a baby from thousands of years ago (that would alter history and I might be President right now so watch it) and raise the baby in today’s world, the baby would become a teen and you would worry and still be pulling your hair out.
Those were the days 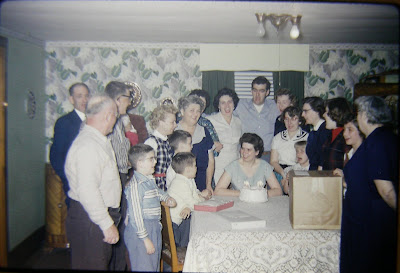 Those days of years gone past are overrated. It’s a fact that we live longer today. I just read that traffic fatalities are down in the US. Not everything is better. Never is. Stress might be higher but based on a Rolling Stone’s song, “Mother’s Little Helper” (released 1966) it was stressful back in the 60’s.

Mother needs something today to calm her down

And though she's not really ill, there's a little yellow pill

She goes running for the shelter of a mother's little helper

And it helps her on her way, gets her through her busy day..."

Those annoying drug ads on TV might be more fun if they used that song as background music. My mother was not a blogger because had she been she would have been so futuristic that people would have been talking about her. She would have not liked the media attention. Some of you reading this are parents and bloggers. As long as there is a balance of the quality time with your kids and your blog time this is probably a good thing. Blogging could make you feel more relaxed, recognized, knowledgeable, helpful, etc. Just don't let it stress you. Being a parent is an important duty that is essential for advancing our world. Don't screw it up. However, know that it's been done billions of times before. Some good advice - use sunscreen on yourself and kids. Want to learn more about the sunscreen advice? Check out this column from 1997. I just have one more advice type of observation. DVD players in cars are not really necessary. It’s much better to interact with your kids, have conversations, or play games with your kids while you travel the world. Just the other day, my granddaughter (2) point out how pretty the clouds were outside. Now that would not of happened if she had her eyes glued to Sponge Bob Square Pants and his cartoon world. Really it's a fact that kids have been driven thousands of miles without a DVD player. Just interacting with music is great and it can get them to sing along.

Lisleman, you sure do get around in your old age. LOL

In my opinion, kids are kids no matter what era they came up in. They don't change, the time frame around them does. And I agree with you about the DVD player in cars and technology in general....they aren't bad in and of themselves, but too many parents use them as a replacement for interacting with their children. The machines become a babysitter replacement.

And if my mom had been a blogger during my childhood days, my oh my the things you would have known about me. LOL

I think you're right ... all kids start out the same but due to the changing world, are 'different' ...

We were different to our folks too but, perhaps as we grow older we become more like them ... how many times have I had to stop myself from saying things like "When I was a kid we didn't have (this or that)?

But no matter, my folks hated The Beatles, now-days their fondest memories of our childhood are of us kids singing away to Beatles songs ...

This is so true. Kids are the same but society is different. I am a stay-at-home mom who really tries to keep the fast paced society away from both of my girls. That is the one thing I hate about today's culture.

The go-go-go. I want my kids to be kids and have a ton of free time to just simply "be". I think because of this both kids are incredibly creative. I don't know why I buy them toys at all. All they need is a box and some paper and a pen :-)

I have to say that Liz chose an excellent guest author. I can't wait to come to your site.

She Who Carries Camera said...

so true and very wise advise!!

I hope your granddaughter knows what a cool grandpa she has -- you noticed her noticing a cloud :)

ITA about the DVD players in cars. Part of the point of getting out of the house is to see what's out there. In my house we use screens too much as it is.

I have to say, when we do a 12 hour drive in one day, with 3 kids in the car, on major highways with nothing to look at most of the time but the monotony of the roadside embankments, I've been very, very glad of the portable DVD player.

We play "I spy" and look for pictures in the clouds and point out animals in fields and interesting buildings. I've read novels aloud and we've listened to music and audio books. But I'm so glad I don't have to squeeze myself into the middle seat while one of the kids rides in the front in order to have a break from bickering like my mum used to do when I was a kid and we were traveling.

I'm with you on the sunscreen advice though!

Hey thanks everyone for those nice comments. The guest post experience has been fun.
Thanks Liz you have a nice blog here.

Hey Liz, I'm a huge Lisleman fan and it's nice to see him visiting over here.

Now that you mention it, Lisleman-- Those nasty drug ads WOULD be far more interesting if the Rolling Stones were playing in the background to drown out all the horrible side effects they list. And yes, sunscreen would have helped me A LOT-- but that wasn't on my parent's radar in the 1960s. Lesson learned.

I've never had a DVD player in my car, but I can certianly appreciate the idea after a trip of "Are we there yet?"

Lisleman often makes me think, even if it's only "square bob wet pants...WTF?"

I do believe that attitiudes to kids have changed markedly from 100 years ago, as grumpy old fart rails so often about. Back in 1910 many kids had little expectation of making it beyond 5 years old; rightly or wrongly they were cheap and easily replaced.

Modern family planning has made them precious desired quantities but are they fit for purpose?

Lisleman - Insightful Post! I intend to follow your advice. You are right kids of yesteryear traveled their entire youth without DVD players. Kids of today are just wimps - so I am removing all of the seatbelts from the cars. If I didn't need them when I was young - WHY DO THEY? W.C.C.

I couldn't agree more. Kids these days are no different at all. The world is different but even with that said...we had a lot of the same things back in our time a kids...our PARENTS just didn't allow us to succumb to them. We couldn't afford the luxuries. Maybe there is something to be said for poverty.

There were criminals back then too, they just didn't make the evening news every time, or all the time (depending on the night)

I think there's a lot to be said about good old fashioned parenting. It's really easy for parents to get sucked into todays technology. I know I have!

I really think moderation is key.

Some of the best times I had with my kids were in the car. Singing, playing games, talking, and even arguing (discussing not fighting). Sometimes we would listen to music and take turns with the types of music. Your guest post is a fun read, lisleman.

Hi Liz, greetings from Casablanca!
Lisleman wrote a great post.
I wonder how all those kids on blogs since they were born feel when they are teens, adults...

We are really trying to cut down the DVD watching in the car...the other day my 6 year old son looked out the window and said "what are those things"...we were driving past a cemetery (one that we have passed almost daily for months) and he was looking at the grave markers...totally led to a really cool conversation.

I feel the same way you do about the videos in the vehicle. Over the years, we spent many long drives actually enjoying each other's company, and there was no blood shed in the process.

From my perspective with sixth graders, I think kids are the same; they are so sweet an innocent. It seems like teens are different in that they are much more sexualized than we were at that age. Most, I think, are exposed to much more than we were at that age, and it shows. I feel like my kids grew up in a time warp, in some respects (since we didn't allow some influences in our home), and they have survived just fine.

I used to sleep in the car. If the car was running, I was asleep! If there was a DVD player in the car I'd never get any sleep and my poor parents would never have any quiet...I can talk for days in the car lol