Friday was Teagan's birthday and she enjoyed the attention she got at school and her special dinner out with Christy (a tradition started last year).  We saved our family celebrations for Saturday.

We started out with pizza for lunch- Teagan's request.  We went to Pizza Hut.  We were just expecting lunch- hoping for the buffet but fine with ordering a pizza to share.  We had one of the best dining out experiences we've had in a long time.  From the time we were greeted as we walked in the door until we left, we felt like they genuinely cared about our dining experience and wanted to really make sure that Teagan felt special.  They made sure that whatever specific pizzas we wanted were on the buffet- and then gave us a heads up as they brought them from the kitchen so we could get to them before anyone else.  They brought Teagan an incredible piece of cheesecake.  And our server, Adam, really kept making sure that she was happy- and did so by talking TO her instead of talking to me about her.  We were very pleased and I made sure the people who need to know were informed. 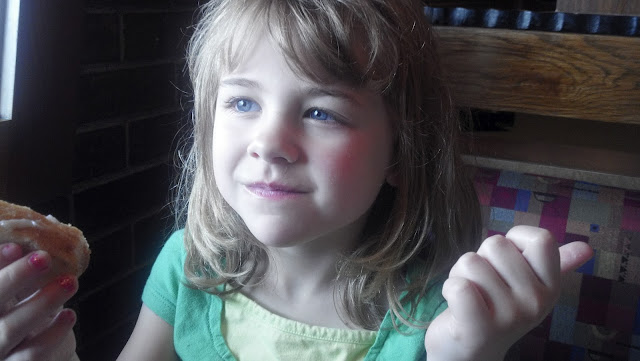 Any time you want Zach to sit quietly- give him a comic book.  Doesn't matter that he can't read the words. He will sit fully absorbed in a comic book for 15-20 minutes. 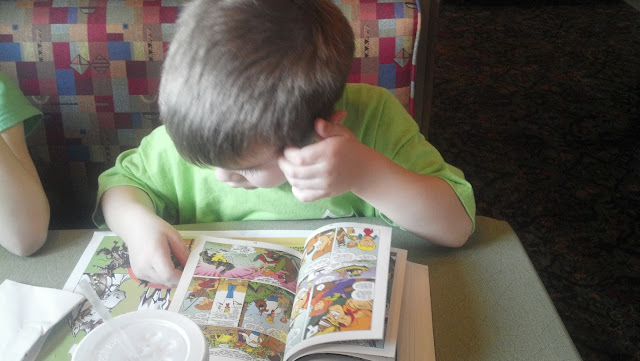 After lunch, it was movie time!  We got to the theatre and bought the tickets.  Jeff went inside to save the seats that Teagan specifically had decided on with her friends- the very back row.  I waited out front with Teagan and then got all the kids inside, quick potty stop, then into the theatre.  I rushed back up front to get concessions- 4 kid packs of popcorn and drinks, 2 hot dog combos (all for the kids- Jeff and I had nothing).  The kids had a BLAST.  I loved watching them watch the movie and paying attention to which parts they laughed at our connected with.  And I have to admit the movie was cuter than I expected. 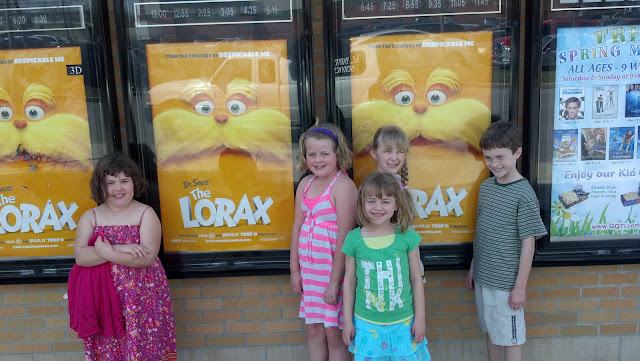 After getting all the kids off with their parents, we took our 2 kids for a sweet celebration at Gigi's Cupcakes.  Zach went for the wedding cake (white cake, white buttercream frosting).  He didn't want to use the fork provided so he got creative in his consumption method. 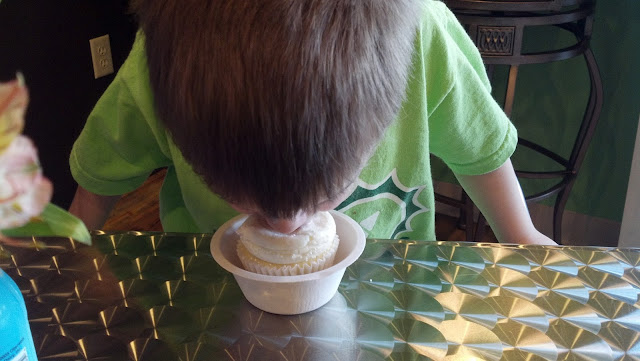 Teagan thought that would work well for her key lime cupcake, too! 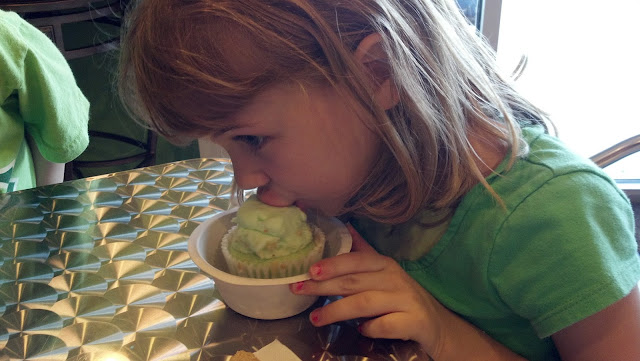 Then it was time to head to one of our local high schools (we have 2 in our district) for a special district wide art show.  I don't know a lot about the event.  We just received notification on Thursday from the art teacher that Teagan had a piece of art that had been selected for the show. But every art teacher from every school in the entire district selected art pieces from their students to be displayed.  Each school had an easel area for drawings and paintings and a table for sculptures.  This is Teagan's "Clay Bird." 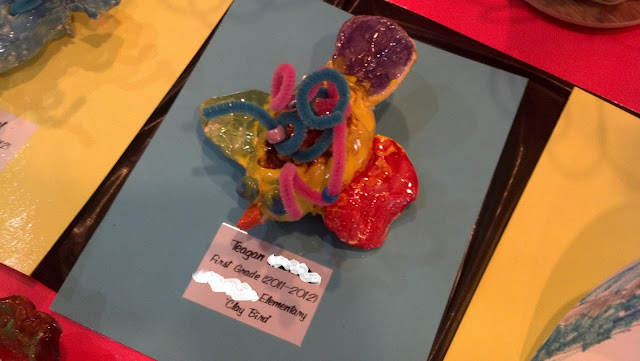 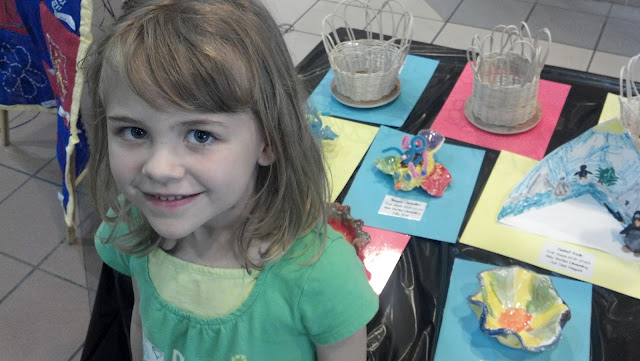 The art show was made even more special because our pastor and his wife, my friend Paulette, were there because their daughter, Faith (whom Teagan adores), was playing the piano for the event.  Paulette was excited to show us where Teagan's bird was and Teagan loved the attention from one of her favorite families.  Then Faith played "Happy Birthday" to her and you could tell that Teagan felt special at that moment.

Final stop of the night was to see Jeff's parents.  They had gifts for Teagan, of course.  And Teagan was thrilled- Mimi always picks out great clothes for her.  Jeff and I were exhausted by this time so we opted to stop at Shake N Steak for dinner and we were excited when Jeff's parents walked in a few minutes after us and joined us for dinner!

It was a day packed with celebration and fun.  Teagan felt special many times throughout the day and I know she has many memories to cherish!

Happy Birthday to your girl! It sounds like a wonderful day!

What a fun day! Glad you all had a wonderful time celebrating Teagan!

Awesome! Great photos and of course an awesome clay bird.