Church Camp: The Good, The Bad, and The Ugly

We are home and working on recovering.  Teagan and I had SUCH a wonderful experience.  There are downsides and I'll be honest about them.  But overall, the week at church camp was filled with unforgettable, long-lasting, incredible experiences and moments.


Teagan had some amazing first time experiences like canoeing.  My personal favorite memory of our canoe trip was singing praise songs loud and proud down the river.  And the 2 girls (teagan and her friend) were leading the songs - I just joined in.

Having gone down a day early, Teagan had a chance to climb the giant rock wall before the other campers arrived.  She made it halfway up, got nervous, came down.  When our camper group had the chance to tackle the rock wall... she made it to the top and came down the zipline! 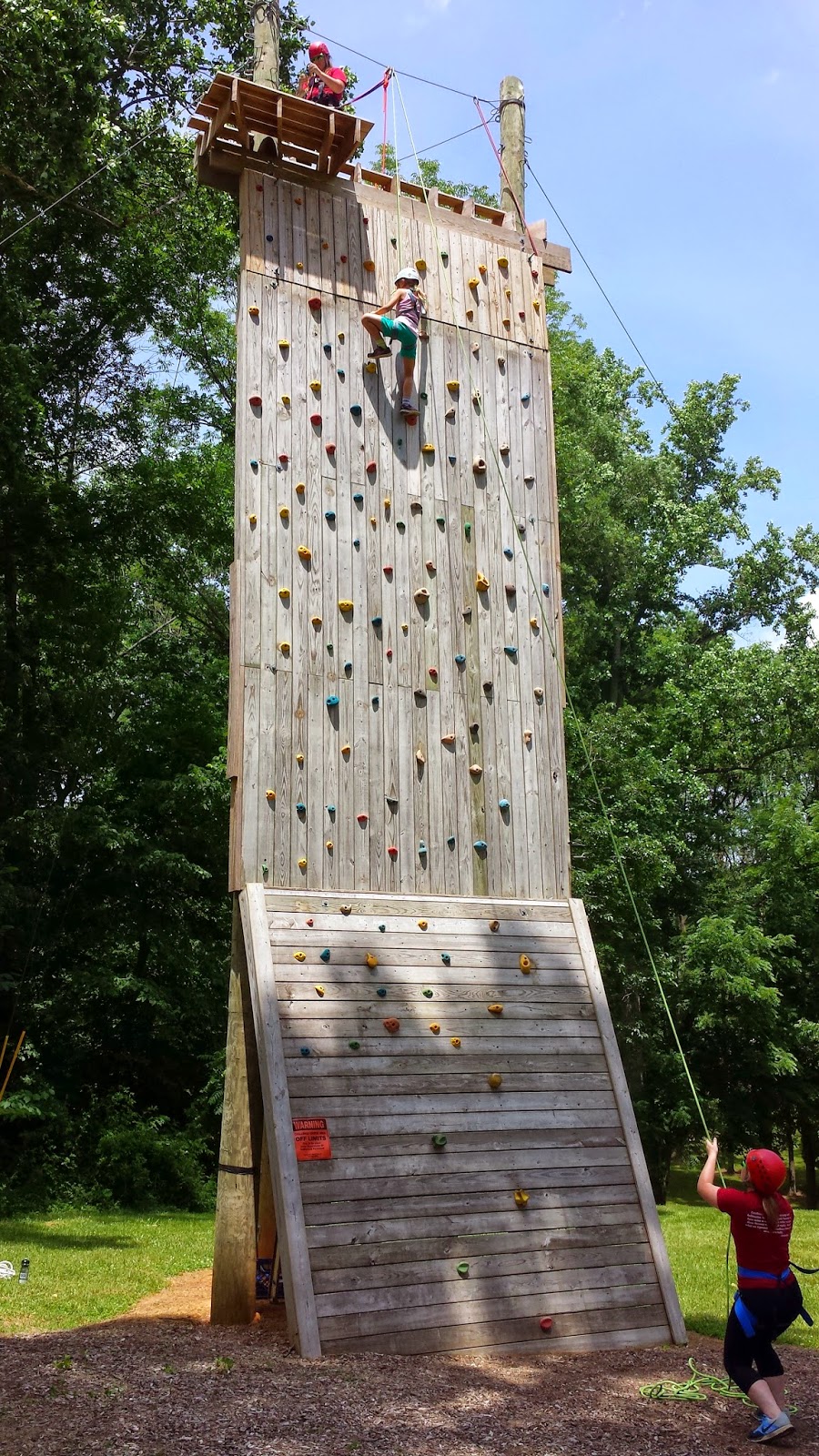 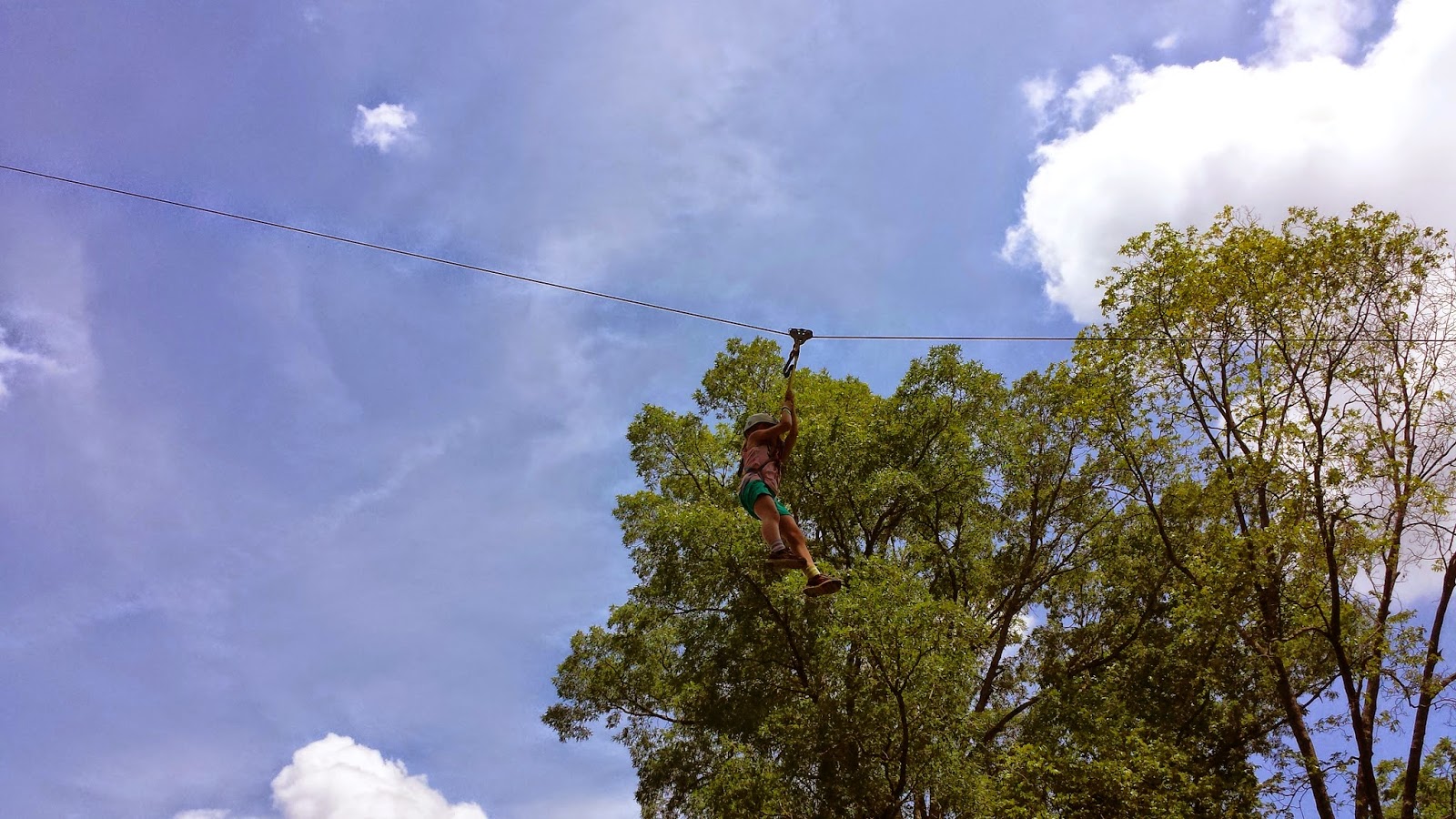 Other favorite activites were daily trips to the pool (Teagan passed both swim tests - and this is the hardest swim test she's had to take so far), various tag games (elbow and toilet, to name a couple), and lots of fun songs.

Some of my personal favorite moments were watching Teagan experience those fun times and firsts and also some things that I didn't expect.  I didn't expect to love seeing my daughter connect to another mom from my church.  I always love when our church family grows a little tighter.  I expected my daughter to make new friends and strengthen some existing relationships.

I didn't expect that I would make new friends, too. 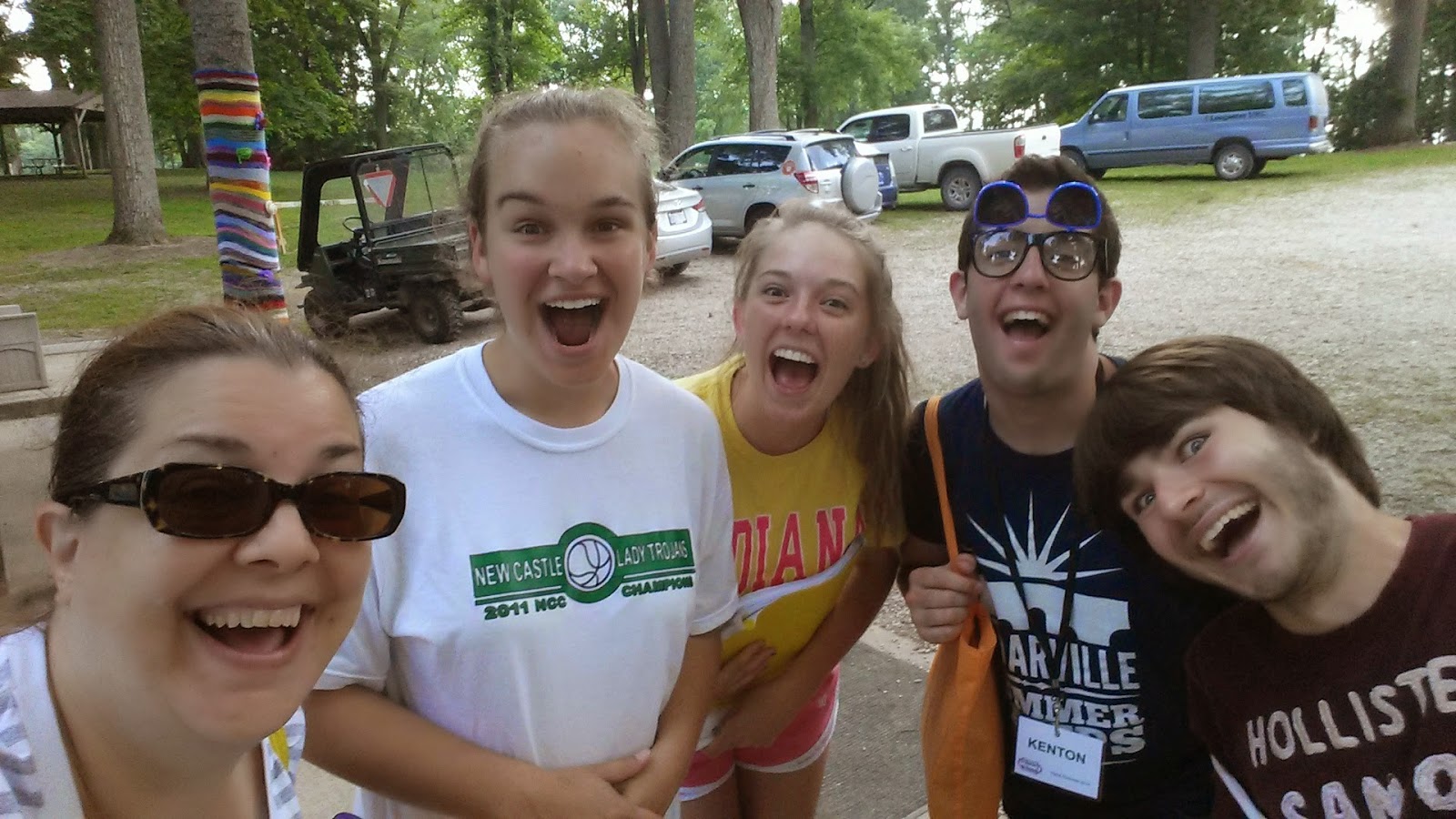 These are 4 amazing young people that I had the honor of working with at camp.  The girls and I led a group together.  All 4 are friends from school.  And they embraced me.  The old lady with the same sense of humor and same love for Jesus that they each had.  These are the faces of the future - and the future is bright for these 4.  I am eager to make plans to see them over the rest of the summer.

It was hot.  It was humid.  And I had to use my "counselor voice" from time to time.  Camp showers stink for the kids - they have to be super fast and efficient to get all the showers done in a reasonable amount of time.  And as a counselor, I had to monitor shower time and it wasn't a fun job.  It's also really, really hard to say goodbye to some of these kids, knowing I won't see them again.

And the worst part... the camp has never ever had this issue.  And there are blessings in this playing out.  So please don't think badly of the facility as they are truly handling it as best as they can.  I came home with bed bug bites.  And I had seed ticks in my bed.  And it turns out that seed ticks can actually be deer tick larvae.  And it also turns out that I am allergic to bed bug bites so I broke out in hives.  The blessings?  It was limited to my room, I didn't get the bed bug bites until the last night, and it doesn't seem to have impacted any of the kids or other counselor (some of whome were older and some who had health issues and so on).

However, I am showing possible signs of lyme disease.  I've been to immediate care twice - once resulted in getting on predisone for the hives.  The second time was after noticing the "bull's eye" mark on several of my spots.  I've started on doxycycline hyclate (the regular treatment for lyme disease) and await the test result (which can take 3-4 days).  I'mw atching for sings of exhaustion and any soreness in my joints.

Our belongings came home in big black plastic trash bags.  I left behind my suitcase and laundry hamper and flip flops.  I've tossed out the bags containing the bedding.  I'm tossing out other bas as I salvage the truly important things.  We will need to replace a lot of baggage, clothing, and eventually bedding.  The good news is that material things are replaceable.  I can't take a risk of bringing bugs or ticks into our home.

That's about it.  I'd love to do it all over again.  I'd love to say I'd be a counselor again or that I'd be quick to send my daughter or son to camp again.  I have to admit that right this second, I have my reservations.  I'm kind of breaking up with nature right now.  I think I'll stick to volunteering at VBS where no beds or nature is involved.  I loved it.  I did.  And I don't hold anything but esteem for the facility.  They've handled things well - they brought in an exterminator the very next day and they confirmed to me what was found and the action being taken.  This is a problem that has never ever ever happened there before - which is a miracle, really.  Once we get past these bug issues... I'll just focus on treasuring the long list of positives about being at camp!

I'm so sorry about the bugs! But I'm glad you and Teagan were able to have a good experience despite the problem. I can't wait to hear more about it.