Yeah, the title makes no sense. Because that is the state of my brain. Total mush. 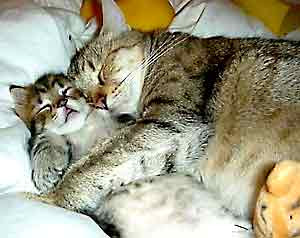 Zach is teething and growing. So he is demanding and whiny and cranky and his nights are fitful and demanding.
He went to sleep around 7:30 last night. Woke up to nurse around 10. This is all pretty normal. I went to sleep around 10:30 with Zach next to me. He was fitful and thrashing and grunting and so on and nursed about 4 more times when I finally looked at the clock, expecting it to be 3:30 or 4:00.
It was 12:30.
2 hours and 30 minutes and he had nursed 5 times. And there was still a good 5 hours ahead of us. 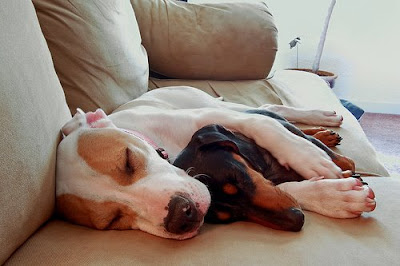 He doesn't wake up. His eyes stay closed but he thrashes around and kicks his feet and flails his arms. If I put him in his crib, he wakes up and is seriously pissed.
So here is the run down... Sunday night he was fitful and nursed a total of 4-5 times over night. Difficult but manageable. Monday night he was fitful but didn't demand to nurse much. Given the previous night's lack of sleep, yesterday was a hard day. Last night, full on fitfulness and lots of nursing. I am exhausted. 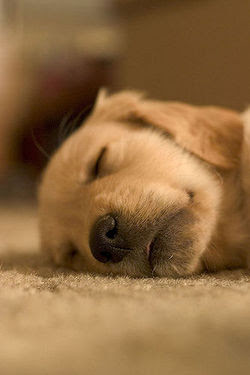 My brain isn't firing correctly. I want nothing more than to lay on the hard floor of my office (thin, cheap carpet on a concrete slab- it sounds heavenly) and sleep under my desk. I am pumping caffeine through a constant IV drip (straw in iced coffee, soon to move on to the regular brewed stuff).
If I sit and close my eyes... it is a struggle to open them. Focusing on work tasks is a challenge and I am double and triple checking things as I go... and I am going through the steps much more slowly in an effort to be as accurate and thorough as possible. 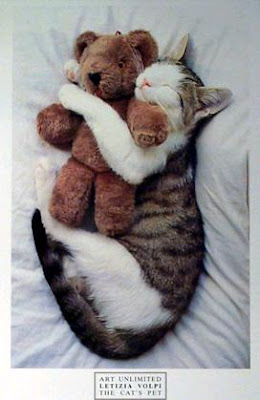 Sometimes this working mom business really sucks. But... at least I get a break from him right now. If I were home, I could be in my jammies and put him down for a morning nap and put on a movie for T and doze on the couch. But I would also be dealing with demanding and whining and a little boy who can't be pleased. No easy answers... although one solid good night's sleep would help! 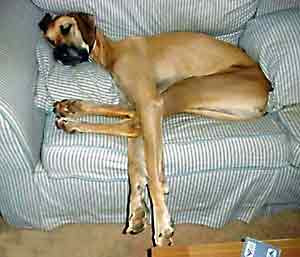 Couple tangents.
1. Something different about this stretch of sleepless nights is that I not only have to deal with my lack of sleep and his demands, but I am also resentful of the time being taken away from Teagan. She is still getting plenty of attention from Daddy... but I am so jealous of that. I want to play with her, cuddle with her, read to her, talk to her. But he is sapping all my energy and taking all my time.
2. I forget what my other one was.
3. Oh yeah. I remember now. When a nursing mom expresses that she is exhausted because her baby has been nursing all night, the best response is not to ask when she is going to be done nursing. I am committed to nursing my son for as long as he needs it. I will not sleep train him or force him to wean. Given that I am away from him all day long, 5 days a week... given that he is in daycare with all these other germy kids... given that there are ample benefits to extended breastfeeding... I will keep going for as long as he needs it. As much as I may bitch and moan about my exhaustion from his demands, I won't force unnecessary change on him for my own selfish reasons. I can make choices that will afford me some sleep- I can clear of the twin bed in his room and sleep in there; I can go to bed at 8:00; I can sneak in a nap at work if I have to. But weaning him won't solve the problem. In fact, I'd venture it would make it worse because he will still be having teething pain or whatever and I won't have the Magical Mystery Boob to whip out and comfort him. (stepping off soap box now) 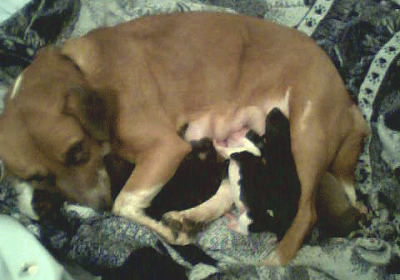 Anyone else want to share some moments of sleep deprivation and exhaustion??

No, I think you've got me beat. Love the photos you used!

I figure if people have to listen to me whine about being tired, ya'll might as well look at cute puppies and kitties!

I understand most of where you are coming from. But I'm on the other end... longing for mindless work tasks that give me a break from having a whining, sucking child from my boobs for more than an hour straight.

and amen sistah to the "don't tell me to wean when I whine" soapbox.

I wish I could say this will pass...but as a mom of teenagers, I will tell you that sleep-deprivation becomes more of a lifestyle than anyone could possibly warn you about. The best part about nursing my children (all 7 of them!) was that I enjoyed my time with them while the rest of the world was sleeping, and the house was quiet.
And it was just me and my angel-baby staring into each others' eyes. I would do THAT over again in a heartbeat! That alone is probably why I haven't sold any of them to the Circus when they turned 9.