I have memory problems. It's a long and complicated story. And depressing, for some. But one end result is that there is a lot from my past that I don't remember. And because my brain spent so much time hiding memories from me, it became very efficient at locking them away. So there are things even now that I don't remember from college, from dating my husband, from my kids' infancies. Being pregnant and having kids made it all worse. It's a big part of why I take so many pictures. I can't go to a family function or take the kids somewhere without taking hundreds of pictures. I keep the camera close by at home so I can grab it and try to capture special moments with my kids, my husband, my pooch. I believe in living in the moment. Not looking too far forward, not reaching too far back. Part of that is because I have to. Part of that is because I want to. And sometimes, life hands me beautiful moments to capture on my camera. 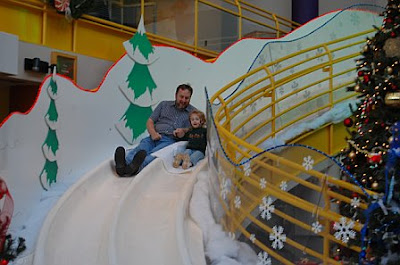 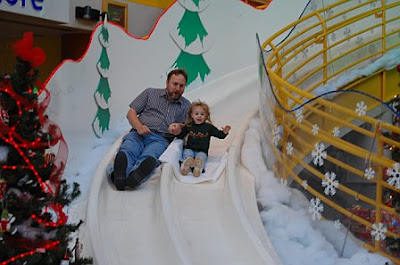 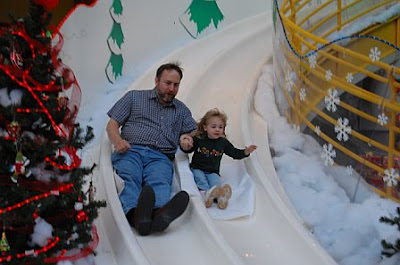 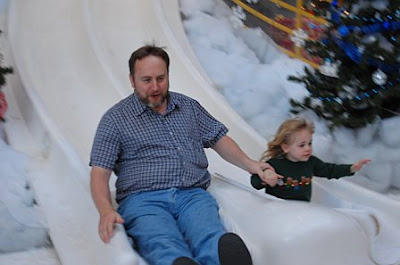 These were taken on Friday morning at The Children's Museum here in Indianapolis. It is one of Teagan's favorite places to go. We are members so we can go whenever we want. I love going. I think even Jeff loves going! Friday was a special holiday event. They opened at 8 for special holiday fun- face painting, a magician, food court open for snacks. The Jolly Days Winter Wonderland (with an "ice castle" play area, an ice fishing pond and other holiday and winter themed play) exhibit was open. The entire museum opened at 10... with a giant welcome celebration in the lobby- the opening of the Yuletide Slide, Santa's arrival, and an explosion of tissue paper snow (which the kids and I loved). We finished our visit with a trip up to the carousel and time in that play area. 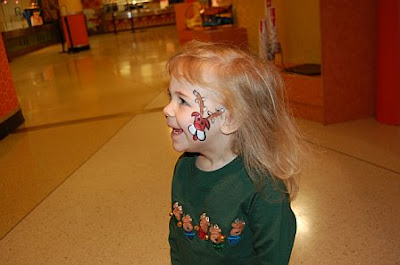 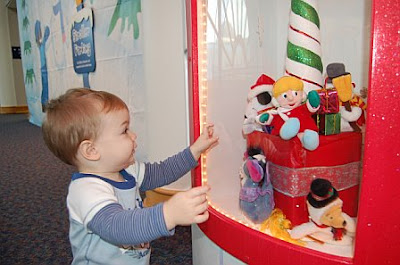 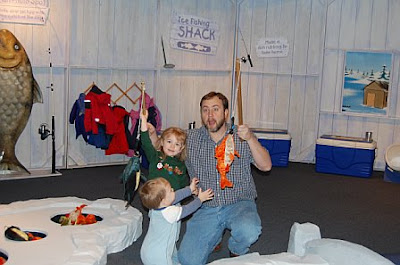 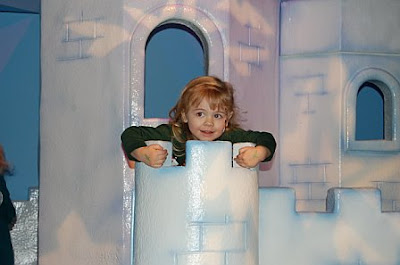 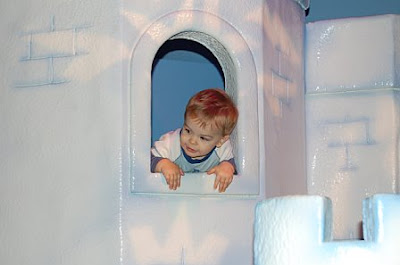 And we had to go and have a visit with Santa. Remember my Great Debate? Well, the time came, while in line to see Santa, to really put the decision into action. We are going to do both. I won't make up lies about Santa coming into our house and so on. But I will encourage belief in Christmas magic. I will tell her about the legend of Saint Nicholas and his spirit of giving. And we will do the Santa thing, too. While waiting, I told her about Saint Nicholas. And about how Santa Claus is how we remember Saint Nicholas and the example he set. And I encouraged her to not just ask Santa for something she wants but to also ask for something for other kids. 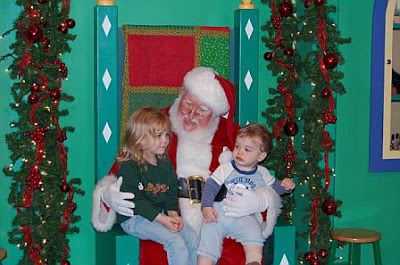 She asked for a dollhouse with dollies. And she asked, with no prompting, for Santa to bring some cars for her brother. So no big requests for Santa to end world hunger... but that's ok with me. Her world is her family and making a request on behalf of her brother is a big deal.
I take each of these moments and capture them with my camera. And I write about them. Because even if I forget... I can enjoy the memories as brought to life in images and words.

Thumbs up to your parenting skills. You should feel proud that you strive to instill great values into your children!

That is one cool slide! I love it. I take a million pictures too, partly because I just never want to forget. My digital camera takes low quality videos and I take those too. I try to do at least one every couple of days (if not everyday).

As for Santa we're going next week, but C has also asked for a dollhouse with people in it (her words) and music toys for R (because I swear that baby has music in her soul)!

Sweet and double sweet! There is nothing more precious than happy children and husbands who dare the kiddie slide. You're a lucky lady to have both. Love your blog and appreciate your visits to mine.