Famous People That I Don't Know

Isn't it silly to get excited about being around famous people that aren't famous to you? Jim and Michael were in the Chicago-land area for a conference. Jim was there on behalf of Marvel (he writes for them and also works marketing part time). The conference... well, I don't get it. It doesn't seem to have been just a comic con. But I guess nothing is "just" a comic con anymore. San Diego just had their huge Comic Con but it dealt with a lot more than comics and things related to comics from the little bit of coverage I happened upon. So this event in Chicago was a Wizard event. Wizard Con. Or Chicago Comic Con 2009. Or, as my mom accidentally called it, Lizard Con. As we are sitting there, catching up, enjoying each other's company... people famous in the world of Cons start showing up at the Hyatt's breakfast buffet. I recognized the first guy. Again- I didn't have my camera! But I went out and found some pics to share so you all can see who I saw. Lou Ferrigno!! And he never looked angry. He looked like an overly muscled regular nice guy. He was wearing a basic old blue t-shirt and some shorts. 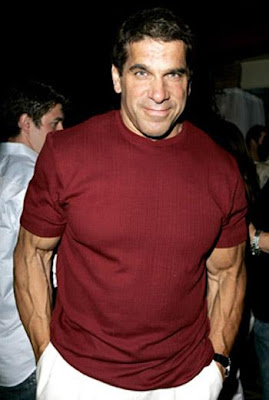 The shorts showed off his calves. I've never seen calves like his. The pic below was credited as being his calves but... the pic doesn't quite capture what I saw. The part from his ankle to his muscle was really skinny. Then BAM! there is this HUGE calf muscle sitting there all hard and tight and ginormous. Honestly, it almost looked painful. I've seen my calf make that kind of muscle. When I had a charlie horse when I was pregnant. 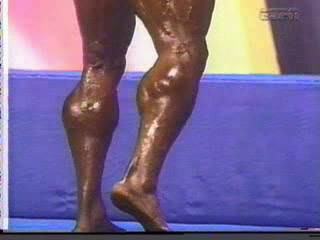 Side note: Lou was not oily like in the pic. He was very clean and had normal skin tone. Then some older guy that I assumed was just a Hulk fan walked up to Lou by the french toast and shook his hand. It was this guy. 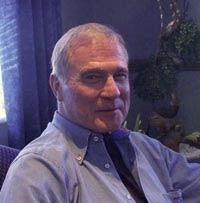 Jim and Michael's eyes lit up. That guy apparently used to be the guy down below. 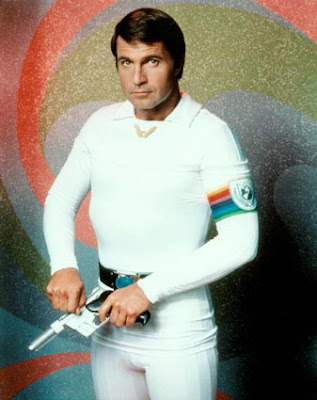 The Hulk and Buck Rogers shaking hands. Sounds like a weird Saturday morning ABC special or something...
Then Michael starts spouting off a bunch of names of people over on the other side of the room... Adama and Tigh? I was very confused. Adama? I really thought the president was at the White House working on health care but maybe he's a bigger comic book fan than I realized? I know Marvel put him in a comic, right? Tigh? The ABC Home Makeover guy?
Oh... these are sci-fi comic book people. Battlestar Galactica or something... 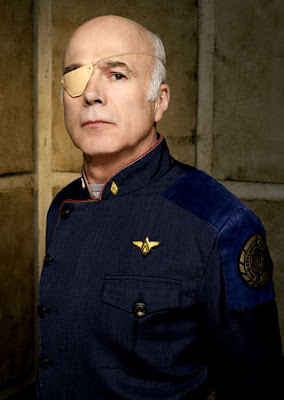 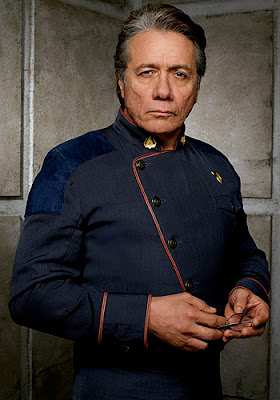 Turns out there were oodles of other famous people there. Anya from Buffy (Xander's girlfriend). Some old school wrestlers. Comic book illustrators and writers. The dad's personal assistant from Silver Spoons. That chick from America's Next Top Model who married that guy from the Brady Bunch. And hopefully Michael or Jim will comment and remind me who the little dude in the scooter was... when we were in the lobby... it wasn't Mini-Me... who was it?

I'm so starstruck, can't you tell? But there was a definite electricity about it- even though I was clueless as to who all these people were. I did think it was cool when Jim and I were walking to the restaurant and some guy points to him and goes "Hey! You're the Dazzler guy! Cool!" And apparently, right after we parted ways, a fan stopped him and asked to have a picture taken together. I ate a meal with a famous dude!

But my favorite part of the morning was when my mom spotted Superman. Not really. But everyone walks around in t-shirts showing off various comic book characters. My kids were starting to fall apart. Zach was needing a lot of distraction. This guy comes walking past in huge sunglasses, wearing a classic Superman shirt (the big S on his chest), pulling his suitcase behind him. My mom immediately starts pointing and saying "Look Zachy! Superman! There's Superman! Zachy! Do you see Superman?" Loudly, excitedly. As I would have if I were the one holding my wiggly boy. I turn to make eye contact with the wearer of the shirt as he passes next to us... wanting to give him a little smile as a thank you for wearing a shirt my boy would appreciate... some eye contact as a minor apology for the attention my mom is drawing to him. 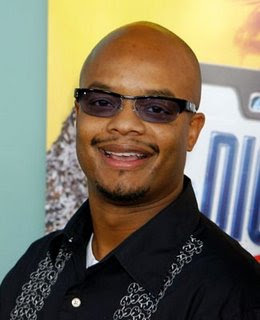 I'm thinking he maybe didn't so much mind being called Superman. Probably one of the nicer things he's heard when someone's pointing at him and loudly exclaiming.

For the record (just to prove that I'm not totally pop culture ignorant- even if Jim and Michael totally had to feed me these names): Lou Ferrigno, Gil Gerard, Michael Hogan, Edward James Olmos, Todd Bridges, Emma Caulfield, Rowdy Roddy Piper, Adrianne Curry, Erin Gray. I really don't remember who the little guy in the scooter was. Ack! But from the comic creation realm: Jimmy Chueng (Young Avengers artist), Mark Millar (writer), and Chris Yost (writer). And, of course, my writing friend, Jim McCann. Jim- you need a Wikipedia page.

I read a lot of this post outloud to Jim. Fun stuff!

This reminds of the time I spent an evening at a cocktail party in London (when my wife was an exec with VW) with a bunch of guys who reminded me of my dad -- David, Rick, and Nick. Only afterwards did I learn that they were the remaining members of Pink Floyd.

ooh! ooh! Gil Gerard! Cool. At first I got all stoked, and then a little confused at the mention of Adama and Tigh, thinking 'Wow!!' and then, 'aren't they dead?'and then disappointed as I realized of course everyone thinks of the current 'version' (it's in quotation marks because it so loosely resembles the original that I shudder to actually call it by the same name) of Battlestar Galactica. Oh well. Sounds like a good time was had by all. Too bad I wasn't still in Chi-town, we could have hit the Billy Goat for lunch.

This is too funny....you sound like me. I am the worst with names so even if I recognize someone's face, chances are, I won't remember their name. My roommate is the complete opposite, knowing everyone's name and their mama's. I am always completely in awe of people who have this ability.

Your description of Lou Ferrigno's (did I spell that right?) calves made me laugh. It does look like a perpetual charlie horse, doesn't it?

Liz, this is HYSTERICAL. I love it. It really was a very odd setting, and I guess after 5 years of doing this, riding in airport shuttles and eating in green rooms near these folks, I had grown used to it. But your description makes me laugh out loud and realize how surreal it really is to see them all milling about a breakfast buffet in the Hyatt.

I once had the very odd opportunity of introducing a TV star to a very popular TV & Film writer//creator. It was such a surreal moment that we all three started laughing because we were all geeking out about each other & what we do.

It's a crazy community- the Sci-Fi/comic/Lizard Con (hehehe) community. You never know WHO you'll run into next.

Oh, and the, um, little person was the guy who played Howard the Duck in the film. :)

And Liz, I'm still so happy we got to catch up & so many stars came out to witness it! :)

OMG, you saw Rowdy Roddy Piper. He was my favorite wrestler ever! Yep, betcha didn't know that about me! I used to get up early on Sunday at Ball State and watch wresting on the tv in the lobby with my friend Gary! Loved watching Rowdy Roddy Piper!!

We just found your blog (thanks to you linking to ours). Jim writes for Marvel- how incredibly cool. We must admit that we remember Gil Gerard and Lou. They gave us happy childhood memories so we hope they enjoy doing these conventions.