It's Your Blog: Karen

I love when we have a person in our lives that demonstrates what "hope" and "inspiration" really mean. Karen has one of those people - and she is sharing that story with us. 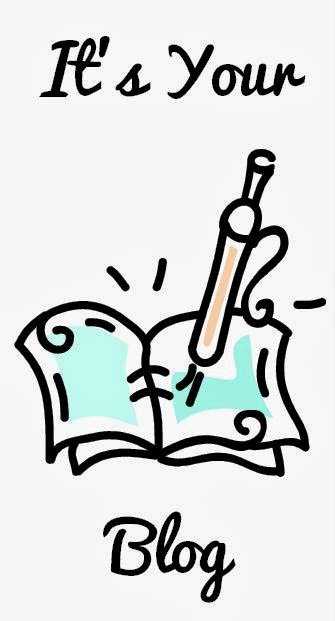 Kathy was 5 when she was watching her cousin try to melt a lock by using a piece of paper that had been lit on fire. He threw it behind him when it became too hot for him to hold. He was unaware of her standing there. It caught the bottom of her hair first. Back then, the idea of stop drop and roll wasn't conceived yet. The fire spread up her back, to her arms, to her stomach and chest, and then to her neck and face.
The doctors didn't expect her to live. She spent more than a year in the hospital receiving skin grafts. They took healthy skin from her legs and put it on her back where the burns were the worst. She survived but was told that because of the scarring on her stomach that would come with the healing, she would never be able to have children in her lifetime.
All through her school years, she was made fun of because of the scars. There were two guys in her high school years that didn't mind and looked past her scars, John and Norm. Just after high school, she married John. She lost contact with Norm. In 1977, she found out she was pregnant. Because of the scars, the doctors told her she wouldn't make it full term. She did. Actually, she went three weeks past full term to have a healthy baby girl!
They moved to VA shortly after that. In 1981, she became pregnant again. This time, the scar tissue did make an impact. This baby girl came three weeks early and her lungs were not fully developed. She was born with several infections that put her in ICU for a month. She survived!
This time, doctors were positive another pregnancy wouldn't end well for either of them. So, they decided not to have more children. In 1983, when the youngest was just 2, John found out he had a stomach ulcer. He was given medicine and told to stay away from alcohol. He loved his beer though. During a visit to his brother in Texas, he took the medication with beer. His heart stopped in the middle of the night. This was 4 days before Christmas. Kathy was shocked and distraught when the police showed up to inform her of her husband's death. With two young children and no job, the only option was for her to move in Indianapolis where her mom and dad lived. She worked two jobs just to make ends meet. The oldest daughter had to grow up quickly to help with her sister.
In 1991, an accident at her mom's house got the attention of the local oil delivery guy. He showed up to check on her knowing she was elderly and lived with only her husband. Little did he know that her daughter and granddaughters moved in. Kathy was surprised when he showed up at the door. It was Norm! They talked for a while. He was married with three kids. They stayed friends. That same year, she found a computer training class that, after graduation, helped her get a job with the state. From there, she was able to get her own place and support her kids without anyone's help. In 1997, her dad passed away. Her mom had several heart surgeries.
Keep up. Time goes by quickly. LOL
In 1995, her oldest daughter graduated high school and had a baby boy. She married a year later. In 1998, she had another boy on Kathy's birthday. In 1999, her youngest graduated high school and married a year later. In 2002, her youngest had a baby girl. In 2005, Norm got a divorce and married Kathy a year after that. That same year, her youngest had a baby boy and her mom was diagnosed with breast cancer. She had a mastecomy to prevent it from spreading and it worked. In 2008, her mom passed away. Her lungs were not strong enough to beat phneumonia. In 2011, her step-daughter was murdered and there was no one to care for her 5 year old daughter. It happened exactly 3 weeks before her 6th birthday. Kathy and Norm took her in. That same year, her youngest had another baby girl. And her youngest is expecting another girl this year (2014).
To this day, people make fun of her scars and the color of her skin. It's red in patches and pale in others. The words they would say hurt her but also never stopped her. She never let the worst get to her. She survived a fire, hateful words from classmates and strangers, two pregnancies that were never supposed to happen in the first place, the death of a spouse and the death of both parents. She also survived the uncertainty of what to do after her husband passed. The uncertainty of what would happen if she left two minimum wage jobs to go through a class that wasn't guaranteed for the chance of a good job . She had two kids to raise on her own. She managed through it all.
My name is Karen and I am her youngest. She inspires me to hang in there when things get tough no matter how bad. She shows my sister and I love, even when that was all she has to give. She's never turned us away when we needed her.
We never went without the basics. We didn't have a lot of gifts at Christmas or on our birthdays. However, she always made the Holidays memorable. Her looks never stopped her. The hateful words never stopped her. And she made life to be what she wanted it to be. No matter what happens to me, I know I'll survive just like my mom.

What an inspiring story! Thanks for sharing!

This is such a beautiful story. I loved every minute of it. Thank you for sharing such inspiration.

Your mom is one tough cookie! Thanks for sharing your story.

So powerful. Thanks for putting yourself out there to share your story.