Yesterday, Christy's evening plans got cancelled and she had nothing to do. This would normally free her up for an evening with me but I had to decline because I really needed an evening with my husband. He's on his own for part of Weds and Thurs evenings due to my church commitments these days so it's important that Fridays be "about us." At work, Christy walked into my office and asked if she could babysit my kids. So Jeff and I could go out. Like, on a date. We all went out to dinner (local Greek market/restaurant that has amazing food with huge portions). Came home and got Zach to bed and headed out. Teagan was excited for her time with just Aunt Christy. We left the house and... had no clue what to do with ourselves. We didn't really date back when we were dating. We didn't have a first date. We'd become friends. We were just hanging out all the time- his place, my place, the movies, dinner. Sometimes with other people, sometimes just us. And then... something happened. We realized we were more than just friends. That there was something deeper developing. But we just kept on hanging out... never anything official aside from adding in some kissing and making out and stuff. So what were we to do with ourselves?? First, 2 games of bowling. I actually won the first game! 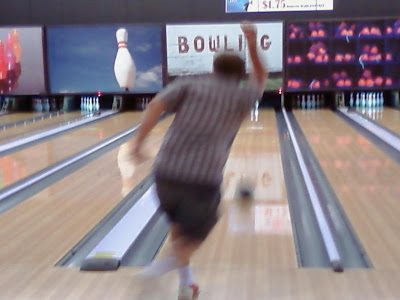 However, they did that whole lights out, fun music, funky light shows, disco ball, black lights bowling at the start of our second game- so I lost. It was all the fault of those lights. Really. It was. 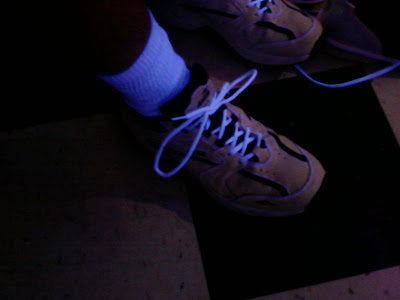 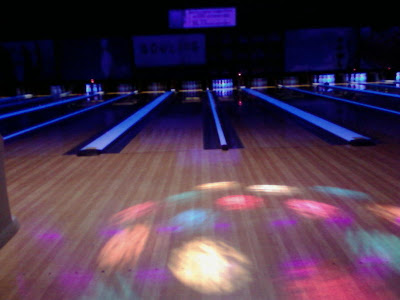 Next we headed next door to hit some balls into holes- a round of putt putt! 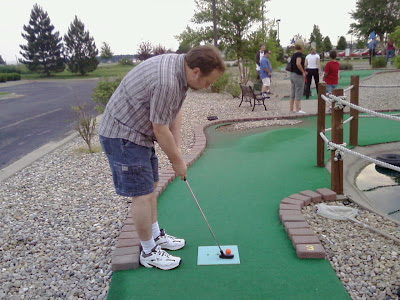 Towards the end of the game, I noticed that there was a pretty sunset- but most of it was hidden by clouds. However, some of the clouds were reflecting the setting sun and it was so pretty! 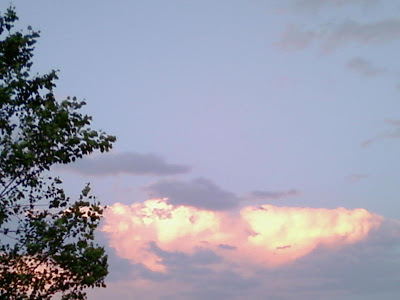 And in case you couldn't tell, we laughed a lot on our night out! 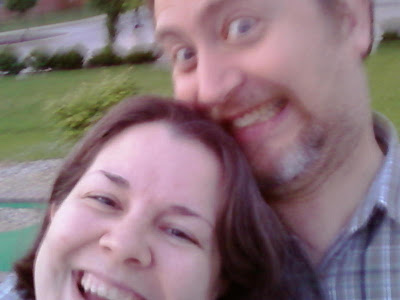 I remember once, years ago, when the kids were little, we had a chance to go out "on a date". We went to dinner, saw a movie and realized it was only about 9:30 and had no idea what to do with ourselves! We couldn't just go HOME!!! We had a sitter! I can't remember what we did, though... probably ended up in a bar for a while, then went home at a respectable hour, like 11. hahaha!!!

This is the best kind of romantic story.

And I don't mean "story" in the fictional sense.

I mean "story" as in legacy, history, personal narrative...

The fact that you went bowling and golfing....

One of my favorite stories of Corrine and I is that we went miniature golfing the day Gabrielle was born. We almost named her Putt Putt.

I know with most parents the hierarchy of allegiance puts the children first, but parents need some sweet alone time too. Glad you got some & that the laughs were easy to come by. ~Mary

Hooray for Cosmic Bowling and Miniature Golf! Oh, and I LOVE the photo of you and Jeff! Larry and I would probably have gotten a room somewhere. We're so dimensional.

Very cool! I'm glad you got some alone time and apparently some competition time.

What fun! We realized the exact same thing recently. I started the Alphabet Dating project in an effort to end that issue. I blog our (slow) progress at http://www.justheather.com/about/alphabet-dating so you can follow our journey.

Aww, I'm SO glad that you guys got to get out and have a good time! I think I even know where you went ;)

ANDDDDDD, I saw that SAME sky last night, and made C pull over so we could look at it and hold hands :)

Heather- I'm sure you know where we were! Right on 37!