I'm Fat Because My Brain Is Overworked 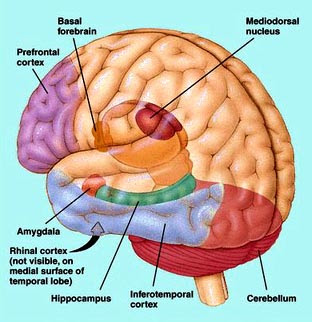 It does make a lot of sense. I'm sure that's my problem too. I mean, It's the end of January and I'm not going to have a free weekend until March. Way too much going on in my life.

I hope Zach's doing okay! I mean, it's good news that the test was negative, but still frustrating not to know what's going on.

I haven't written a new post in a while, but it looks like you've done it for me! :) Aside from the Mommy stuff, I know exactly how you feel. (Except I haven't even attempted to work in exercise.) On top of unavoidable stressors, I think we're just tired of trying to be perfect all the time!

I realize it's "easy" for me to say this but quit using excuses for your weight/diet. Food can be a reward - I worked hard today, I deserve this. It can also be a crutch - I need this donut, it's been stressful. Stop finding an excuse to eat and instead find an excuse to be healthy. Be healthy for the kids. Plan to get in shape so that you'll feel better. There's so many reasons. Girl, get your head out of your ass - you have no pity from me.

Don't get me started on doctors/nurses. I went to the doctor in August and paid as non-insured for in-office cholesterol blood work. This week I got a bill from the lab. They tried putting it through insurance that doesn't exist. UGH!

As far as Zach, I certainly hope this is the last stop. They go in, they find the problem, they fix him up. Your family will be in my thoughts.

Not looking for pity.

My head isn't up my ass.

I read an interesting couple of articles and wanted to share.

If it was as easy as just "being healthy for the kids" or "planning to get in shape," we'd all be fit, strong, and healthy, wouldn't we? If I could program myself like a computer, life would be easy, wouldn't it? But it doesn't work that way.

And I'm betting that there are plenty of people who read what I share about my struggles- be it about parenting or weight loss or anything else- and they relate. The only thing I "sell" is honesty. I will take a slice of my life, my issues, my triumphs, my whatever and share it as honestly as I can. It helps me and it helps others- in many different ways.

I was trying to be a motivator, a rock. I guess I should keep my day job... Oh, I don't have one of those. Besides, all the crap I spewed off to you, I don't even listen to. :-)

You are a motivator, Garret! I won't say I had a favorable reaction to your comment... but I'm not mad at you or anything.

Now you've got me thinking about excuses... might have a post on that one coming up in the next few weeks...

This seems to have made an impact on a lot of listeners. Ms. Moon posted about the same interview today. Will have to go listen. I love this stuff.

You and Ms. Moon are clearly two smart ladies. I completely understand this, as I get testy and desirous of chips whenever my to-do list seems longer than I can handle.

We just finished our urology surgery. Not fun, but you'll be covered with prayer and will be protected.

Well, this makes sense to me. Maybe this is why I can't lose the weight. Between my 50-80 hours a week job, my two boys, my brain just doesn't have any more energy to make good decisions.

Hope everything goes okay with Zach.

Yep. We are certainly on the same brain-wave today. Not only did we blog about the same thing but in a conversation with a friend today we were discussing how horribly doctor's offices deal with passing information on. For example: I once got a call from a nurse about my pap smear. We all know what that means. And of course, by the time I got the message and called back, she was gone. For two days. And no one else could answer my questions. When I FINALLY got her on the phone, she informed me that although my pap was normal, they could see signs of aging in my cells. Hellfire! I was fifty-four years old and have had four kids. Why wouldn't I? And then she proceeded to tell me that if I was having problems (what-like with lubrication?) they could prescribe medications (hormones?) to help.
You know, I thought I was dying of cervical cancer, but no, I just have an aging va-jay-jay.
Okay. I'll calm down.
I am sending good thoughts to your son and all will be well, I am sure.

Okay, I found the first part of this post fascinating and it really resonated with me.

You have so many things going on right now, I'm sorry that some of them are so stressful. The nurse you dealt with was callous and she should know better. Even if she had left a clear message and you misunderstood there is no reason to give someone who is obviously emotionally wrapped up in the results attitude. Compassion is what is needed.

You are passionate about many things, may I suggest you become passionate about yourself. You are a fantastic person that deserves the same wonderful care that you provide for your loved ones. Remember to include yourself as one of the people you take care of. You don't have to go crazy with the exercise just try to get a little bit in every day. Even if it is a small amount, it is a form of self care and it will become a habit.

That study is totally fascinating. I'm glad you shared it.

And I'm sorry things are frustrating with getting answers for Zach, but I'm so GLAD he has you to advocate for him! You go, Mama Bear! Do what you gotta do.

It's annoying that you had to be confused by those results and then fight about it, but at least the results are 'normal'!

Ok, my overloaded brain could only skim this post. But I'm with you. I ate terribly today and I had pieces of to do's falling all around me.

I'm trying to remember this whole weight loss thing is a marathon, not a sprint. I will reach the end. And so will you. It's just going to take some time.