It's Been Far Too Long

Jeff and I met in 2001 when we were cast in a community theatre show together. Jeff and I got married in October, 2003. Jeff and I got pregnant in early 2004 and, sadly, suffered a miscarriage. Jeff and I got pregnant in the summer of 2004. Jeff and I had a baby girl in March of 2005. Jeff and I got pregnant in the winter of 2007. Jeff and I took Teagan to Grandma's house for an overnight in the summer of 2007 so we could have a night away as 2 adults before the new baby came. Jeff and I had a baby boy in October, 2007. We haven't had a night to ourselves since. I can literally count on my digits the number of times we've even had our own bed to ourselves for an entire night. We get an evening out for dinner from time to time. We make more of an effort for nights out together than we used to when we only had Teagan. We support each other having our individual nights out more, too. I've been away overnight on business once since Zach was born. That was a year ago. Almost 2 years ago, when Zach was still nursing, I fought against going on a business trip that wasn't a true necessity (and I won my fight). Jeff has taken a few weekends each year and a week each August. I want to reconnect with my husband. I want intimacy and lust and hand holding and snuggling and laughter and laughter and laughter and eye gazing and conversations and no interuptions from the back seat and no demands of what song to play and no questions about where we're going or what we're eating or if we can do whatever... I want my husband, all to myself. He wants me, all to himself. This weekend, I'm getting my wish. This weekend, he's getting his wish. Friday afternoon, the four of us are driving to Cincinnati. We are going to my family's house. We are going to have dinner and get the kids settled in. And then 2 of us are leaving. We are driving back to Indianapolis. We will stay here for 2 nights before heading back to Cincinnati on Father's Day for a family dinner and to pick up our kids. We might go to a movie, out to dinner, to one of those paint your own pottery places, to the art museum, down to the Mass Ave district, to a comedy club... who knows! We haven't planned out the weekend. We actually were kind of stumbling to figure out things we could even go and do without the kids. We never really "dated" back when we were dating- we hung out and spent a lot of time together but didn't go and do and see and experience a lot of stuff. I refuse to feel guilty about a weekend that I know is very important for my marriage, my connection to my life partner. But I have to admit... I feel a little guilty that I want a break from my kids. Having a crappy day at work and a bad midday run and coming home to kids that are demanding and whiney and clingy and obstinant and argumentative and... and having their own crappy day... it wears you down. And part of me has been feeling like I want to just throw in the towel. Not walk away. But let them behave how they are going to behave. Stop trying. I'm not going to. I love them too much for that. But I think a weekend where I build myself back up and where I strengthen the connection between me and my life partner, my parenting parter... is just what the doctor ordered. 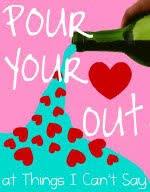 Maybe you could find a community theater production to go to, since that is how you got your start. Don't feel bad about needing a break from your kids. We all need it from time to time -- even if it's just 30 minutes in a hot bath behind a locked door. Even better if it's a couple of days. Enjoy!

Do not, I repeat, Do Not feel guilty about wanting and getting alone time with your husband! You need it. Your marriage needs it. Your kids w ill survive it. And unless some REAL emergency happens, do not return early!!!!!

Have a wonderful time!

I'm looking forward to a week alone with John in Septmeber in Ocean City, MD... especially now that most of my family seems to have all moved back home on me!

I can imagine that, just like work, taking a few days off will refresh you and make you better at parenting. It's important to prevent total burnout--I imagine that's what happens to those moms you see smacking their kids in WalMart.

If I were you, I'd schedule one or two specific "events", and leave the rest unplanned. Even if that means sitting around the dirty house in your pajamas 'til 2 pm, watching tv and eating fudgesicles, if that's what you need!

Oh, but one proviso: don't let yourselves get caught up in all those chores or errands you've been meaning to get to. They'll eat up your free time and you'll wonder where it went! (Trust me on this...)

How wonderful! I hope you and your husband have a great time of reconnecting with just each other. What a gift this will be to both of you. And even more so, it will be a gift to your children to have parents that are happy together and refreshed.

What?!? We don't have the kids this weekend? j/k

Do not feel guilty for one minute about needing time away from your children. They will benefit more from you getting time to rebuild yourself and marriage than they know now. We all need a breather from life's hustle and bustle. Enjoy your weekend and live it up! Find that fire that brought you and your husband together and light it up!

No guilt. I repeat, no guilt!!

Enjoy your weekend. You deserve it!

Don't ever feel guilty about it. You are actually doing something FOR them- you are making your marriage stronger.

Thanks for linking up.

How wonderful!!! Enjoy your time with your husband! you will both be better (recharged) parents for it! No need to feel the guilt - easier said than done though!!

I think you should make a rule: no clothes when you're home. :)

PS I've seen your comments on Garret and Alix's blog but never came over to read yours until today. "hi!"

don't for one second feel guilty. drop those kids of and run! RUN FAST!!!!

Parents have to have time together away from the children or quite frankly I think that we would all lose our minds. No mommy guilt, you need it and I think that it makes us better momma's.

Oh and regarding your comment on my blog about my husband that took the pics of lifegaurds instead of us (he took a tongue lashing for that by the way and did much better today at our class and actually got some good shots of us) Be thankful that he took the pics of your cleavage, at least you know he's still into it? Haha =) Men are like teenage boys in certain aspects until the day they die I have discovered.
Carly
www.WordyOwl.blogspot.com

Your kids will benefit from your determination to strengthen your marriage and put it first! And from some time with the grandparents! Don't feel even a little bit guilty about that!

It sounds like this weekend is exactly what you need! I just hope two days is long enough!