Christmas At The Zoo

Yesterday evening, we had a real treat. My brother, Ted, and his girlfriend, Em, were in town for a conference in downtown Indy. I don't know the name of it... um, CC I think they kept calling it. It's a youth Christian thing. They had a few free hours so we came downtown and picked them up and took them to Christmas At The Zoo. It was a quick trip but a lot of fun! The pics didn't turn out terribly well- all I had was my phone and the combination of low lights and a flash isn't a great one. The animals we saw were mainly in the Oceans exhibit when we first arrived- prior to sunset. The Zoo was still pretty quiet at this point. Typically, a visit to the polar bear means maybe watching him swim on a great day and usually just watching him sleep. But cold air and snow makes for a happy polar bear! 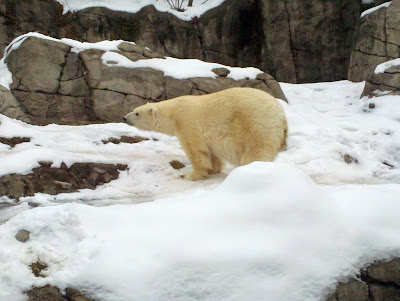 We walked around a little and decided to stop for dinner- burgers, fries, pizza, and souvenir mugs of hot chocolate for the grown ups. Headed up to Santa's Village and did some crafts and took some pictures. Teagan, wanting to be a "cool girl" for Em, was very cooperative and fun all evening- a very pleasant change of pace these days.

Zach was cooperative sometimes- we got at least one good picture. 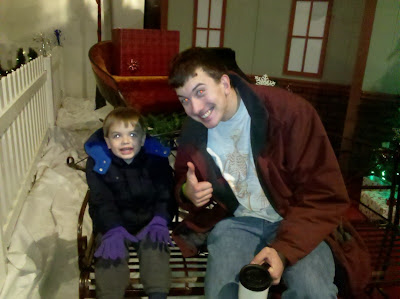 Teagan posed in front of the tree- looking especially adorable in her new, shorter hairdo! 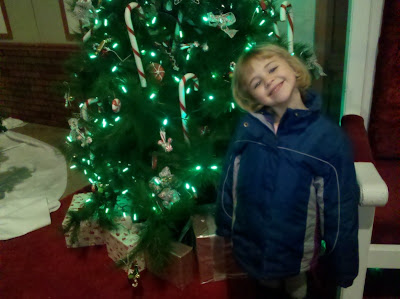 Tried to get Zach to join in... but he wasn't feeling it. 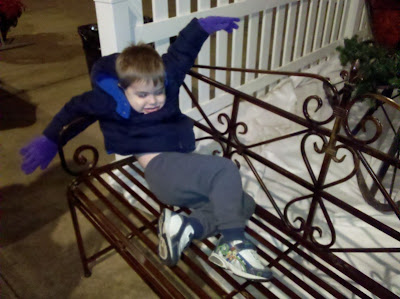 Went and visited the desserts exhibit but the animlas were sleeping. We did check out the snakes- and Ted looked like a total creeper in this pic I tried to snap. 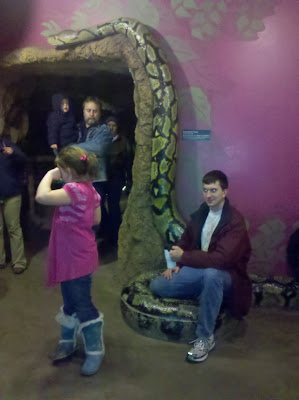 We paused by a lit up penguin at the end of our quick trip... Em has a thing for penguins. 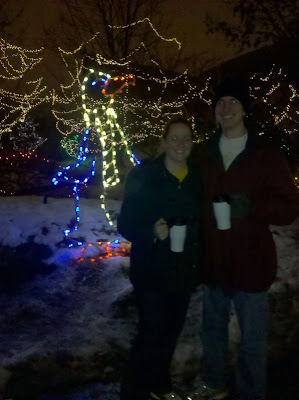 We all gasped when Ted got down on one knee... 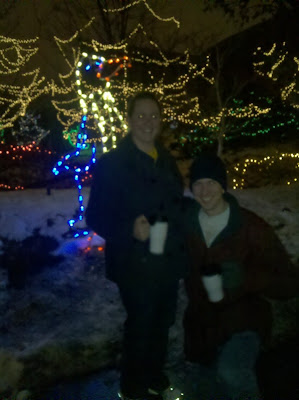 ...because he thought he was too tall and might block the penguin. But it was hilarious when Jeff squealed "He went to Jared!!!" at them!

Omigosh, Liz, cut that out! lol

I notice your brother's girlfriend is now "Em" to you. So nice to click with a sibling's partner, isn't it? (In our college years, I was a little worried about my brother's "type," but he used much better judgement when he got married!)

I love the story telling through pictures. Maybe that's just the illiterate in me wanting more picture books.

Speaking of illiterate, I kept reading "Went and visited the desserts exhibit but the animlas were sleeping. We did check out the snakes- and Ted looked like a total creeper in this pic I tried to snap." over and over. I thought I was misreading it and then realized I was reading it correctly, you typed in desserts rather than deserts. I recently learned a good way to remember the difference. 2 S's in desserts because you'd surely want more than one.

OK, the other thing about Ted is that in that picture, he did look like a stalker of sorts.

The down on one knee thing was cute. I wonder if that put strange pressure on Ted now????

What a fun visit! OMG, the kneeling down- I wonder if she freaked out?

I miss having a zoo close to us. Christmas at the zoo was always so much fun.