I shared this last year and it went remarkably well so I wanted to share it again- this time with more time to plan ahead for those who want to do the same in their homes. I've blogged on several occassions about my concerns about the Santa Claus thing- I believe that lying to my kids isn't a good idea and I also believe that Santa Claus has become to focused on what we get and not on where Santa came from- Saint Nicholas. St. Nick is all about giving to others- even when we aren't "supposed to" give. So I invented this new way of doing Santa- I want my kids to have the magic of Santa and Christmas but also want them to learn compassionate giving. Reposting- original post Dec 22, 2009 (slightly updated for 2010) 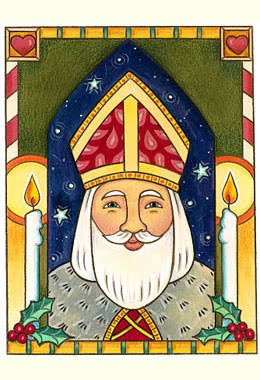 As I was typing up last week's entry on Saint Nicholas and the Veggie Tales movie and all that... I had the idea to have Santa leave a bag of food for Teagan to take to the food pantry for him. I had a lot of favorable responses from other moms that want to do the same. But I've changed what I'm going to do and thought it only fair to share that change here! Teagan, Zach and I will go shopping for food before Christmas. We will have a bag or box filled with food and leave a note on it that will ask Santa to please take the food and give it to a family he knows needs it. After all, St Nicholas was all about giving to those in need and doing it secretly. This really carries on that tradition. 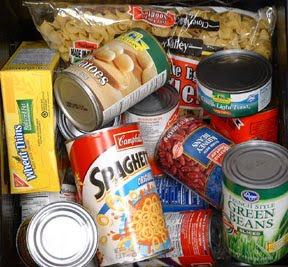 Since I will be heading to church for the 11:00 service, I can take the food with me and leave it at the missions table (will actually give it to Pastor jennifer who will put it in her trunk and give it to her dad who works at the food pantry). So when the kids wake up, the food will be gone. And Santa will leave an empty box and a note... 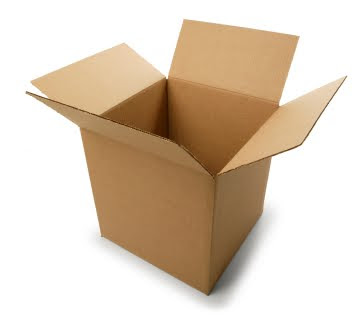 Asking the kids to please fill the box with toys that they don't play with anymore that we can then donate to Goodwill or some other group. That will make room for their new toys and will also help out other mommies and daddies and kids. I think that should pretty well cover us on the giving side of Christmas. I think the lesson will be powerful and will be a great tradition that we can easily carry on year after year.

I love this idea just as much this year as last; we are going to do it again! You are such an awesome mom!

I can't remember how Teagan reacted to this; can you share again? I'm assuming it was a success, since you're doing it again.

And you know what? This is a great tradition that you will be able to carry on even after Santa's out of the picture.

I don't have kids, but I'm going to share this with all of my friends who do. It's a WONDERFUL idea!

Such a great idea!

What a great idea. We actually don't celebrate Santa at all at our house, because of the whole lying thing and many other reasons. But this is a great way to do it. (And a great way to get rid of some old toys.)

I LOVED this idea last year, and we gathered food to donate theough the school drive for Aiden and he really liked the idea that we were giving food to people who needed some.

I love this empty box idea too! Aiden has not been as compassionate about donating toys at his age as his 3 older siblings were. This box idea might just be the trick.

While we don't do the Santa thing here at all, I still like the idea of leaving the box with a note so the older siblings can read it to him and they can complete this task before gifts are opened. We may even do it on christmas eve.

This idea reboots Santa as more like secret Santa. Smart.