Or “How Christy and Liz Accidentally Tortured Themselves”

All remaining guests (ok, Dan and Tim) had plans to leave Gatlinburg by Monday morning. We had invited Brian and Christy to stay with us Monday night so that we could caravan back to Indiana together. The four of us also thought it would be nice to have Monday be a Girlfriends/Guy friends day.

Christy and I planned a few hour hike in the morning and then intended to hit the arts and crafts community (located north of downtown Gatlinburg). Jeff and Brian were going to head to the Ripley’s Believe It Or Not Museum and the Haunted Adventure and then spend the day working on computer things for an upcoming weekend event.

Christy and I headed out to the Smoky Mountains National Park Visitors Center and picked up a guide to the hiking trails. Since we have plans for the afternoon, we decided on a shorter hike (5 total miles) to Rainbow Falls. Rainbow Falls has a sheer 80’ drop so we figure it will be very pretty. We pull into the parking lot of the area where the trail starts. We are amazed at how packed it is and are concerned that there will be too many people on the trail. But we decide to forge ahead and see what happens. We start on the trail at a pretty good pace- trying to pass up the hikers who stroll and find a spot without a lot of other people around. We are enjoying the creek running nearby and the trees and hearing the leaves fall from time to time. We stop on occasion to listen for wildlife. 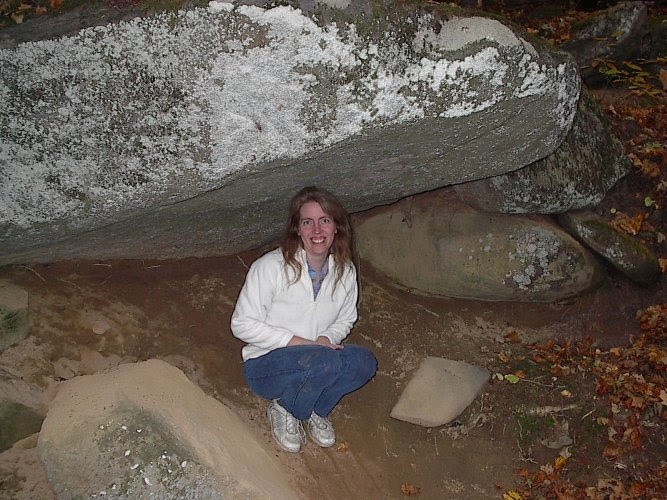 Unfortunately, we are both in worse physical shape than we had thought. We both start to wonder when we will ever see a waterfall! We eventually came across a small waterfall and decided to stop for a rest. We were inspired to hear that we were only about 10 minutes or so from Rainbow Falls! Eager to reach our destination, we headed on up the trail. We came to another waterfall. This one cascaded down a series of boulders and large rocks- very pretty- and was fed by a farther away sheer drop waterfall. There was a sign stating that it wasn’t safe to climb on the rocks. We admire it briefly and continue on. I think we both assumed that the trail would take us to the base of the waterfall. What we didn’t fully realize was that the falls we were passing was Rainbow Falls! 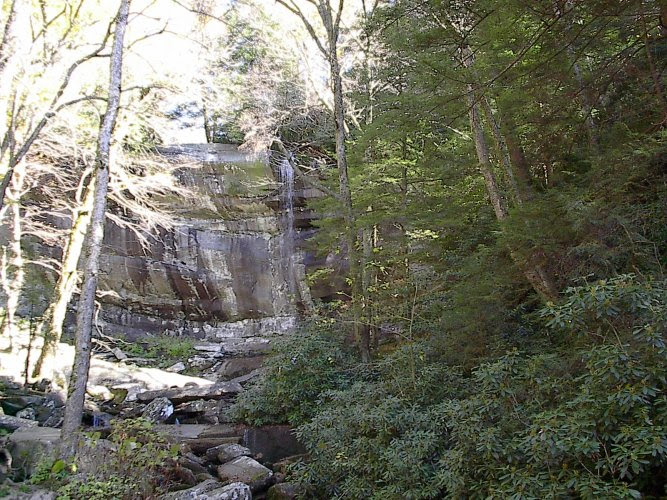 We had hiked 2.6 miles to that point. We trek on and the conversation is flowing and we are simply enjoying each other’s company. Eventually we realize that we are no longer seeing other people on the trail- we had previously been running into other hikers (coming back down the trail) very consistently. We are no longer hearing running water from the falls or creeks. The trail has gotten thinner and steeper and rockier. We are constantly hiking switchbacks and have convinced ourselves that something has to be right around the next corner. We stop for a rest and another hiker comes up behind us (from Rainbow Falls). We had chatted earlier with him and his wife and hadn’t even realized that we were past them! His wife was waiting for him back at the falls (this is our first realization that where we had been was all there was) and he was just going to hike ahead about 10 minutes to see how far he could get. We decide that we will continue to hike until he comes back down the trail- just 10 minutes, right? HA! We had to hike another 30 minutes before he comes back. We ask what he found up ahead and are told that it is just more of the same. Our hearts are sinking. He tries to brighten our spirits by telling us that Leconte Lodge, at the top of Leconte Mountain, is just 2 miles ahead. ACK! We didn’t know anything about a lodge! We climb on top of a nearby boulder at the edge of the trail to rest and get some pictures- hoping to demonstrate how high we had climbed this mountain. Then we began the LONG journey back down. 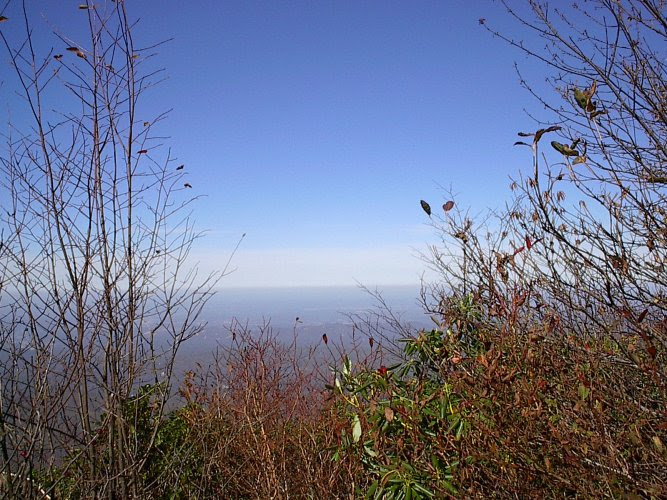 Our biggest problem was that we had each had only a bagel with cream cheese for breakfast (around 9 or 9:30). We had gone 5 hours without food or water. Since we had only anticipated a 5 mile hike, we hadn’t brought water bottles with us! It is now 2:00 and we are just starting back down the mountain with no idea how far we have hiked. Thankfully, God sent us a guardian angel. We took great delight in short-cutting across switchbacks. At one point, coming down a particularly steep one, 2 men stopped to watch our progress. We had already come down far enough that we were past the falls and had begun running into humans again. We gave them hope that the falls weren’t much farther. Christy mentioned that the only reason we look so exhausted is that we had gone beyond the falls! I took that as opportunity, having seen that one of the gentleman was carrying a backpack, to “complain” that we had left our water in the car since we hadn’t anticipated such a long hike! Lo and behold! This kind stranger had 2 spare bottles of water in his pack! It was the best tasting water I have ever had in my life! Christy and I eventually got back to the car. We spent the last mile comparing pain points- hips, thighs, calves, ankles, knees, feet, toes. Everything from the waist down ached and screamed in pain.

Getting back into the truck was the best feeling in the entire world- next to getting back to the cabin and getting into that hot tub! Our plan went out the window. We had intended to meet the guys back at the cabin at 5 (after shopping at the arts and crafts shops- remember) to make plans for dinner. By the time we got back to the truck, it was 4:45. We had spent almost 7 hours hiking up and down a mountain.

After returning home to Indiana, I did some research on Leconte Lodge. From the point where we started our hike, the lodge is an almost 7 mile hike. If we truly were 2 miles away from the lodge, we hiked 5 miles up the mountain. And, as we all know, what goes up, must come down- we hiked 5 miles back down the mountain. WHEW! We went into town on Monday to grab some dinner (a rather crummy Mexican place called No Way Jose’s wound up being our dining selection- none of us were impressed) and spent the evening watching a movie. And I took a few more trips into that hot tub!
Labels: Gatlinburg Wedding