It was a bit of an emotional roller coaster this weekend. Anyone who is a friend on Facebook knows that. I was very excited to see my mom and brothers. Very much looking forward to a date night out for our anniversary. Eager for Zach's party. Mom got sick. No mom. No brothers. (3 adults) We had no shows at the party. Jeff's sister's daughter was sick so they couldn't come (2 adults, 2 kids). Uncle Briney was a no-show (1 adult). We had planned food for 15 - 20 people. We had planned for leftovers to return with my brother Ted to college. We ended up only feeding 8 adults and 4 kids. Amend that. 6 adults ate. 3 children ate. So we had a lot of leftovers. Thankfully, deli meat is good for the week so Christy and I have been enjoying sandwiches at work for lunch. Teagan and I headed to the park to decorate. Zach was napping so Daddy would bring him once he woke. They weren't long behind us. Before anyone even arrived, Zach fell and sustained what has been, to date, his most serious injury. He was stepping up from the grass to the sidewalk, fell forward, and landed on his face. He did the "wait and inhale from the shock and pain" scream. He's never done that one before. It broke my heart. So now he has a red abrasion on the side of his nose, his cheek, and up under his eye. He played golf. Teagan ran off to play as soon as Mimi and Pop-pop (Jeff's parents) arrived and agreed to take her. He played golf a lot. Or maybe not a lot but I couldn't resist taking a lot of pictures. 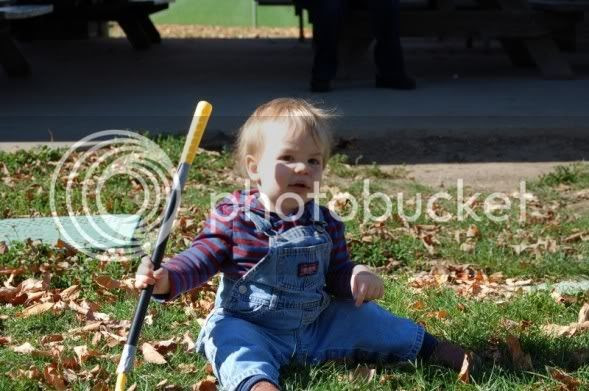 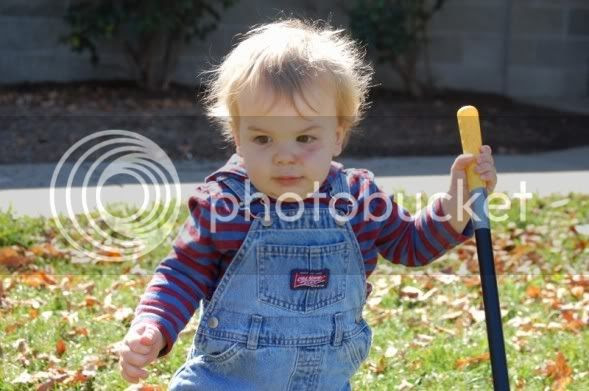 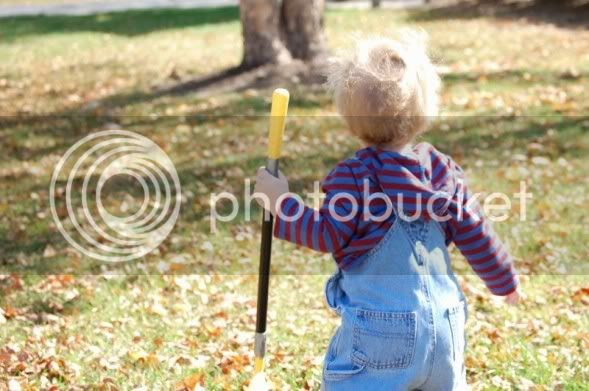 And he played ball. 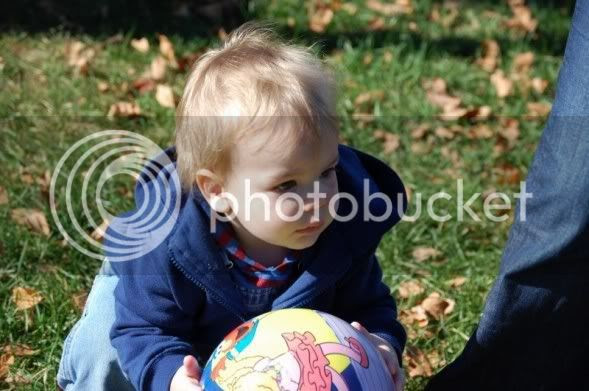 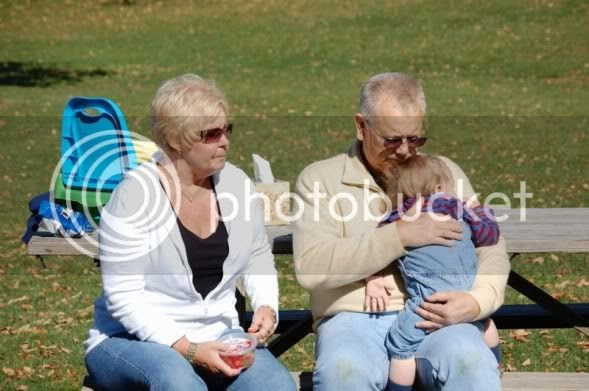 He "climbed" a tree. This was a lot of fun. He and Daddy would walk over to this lovely... birch?... tree and he would climb around the little trunks. 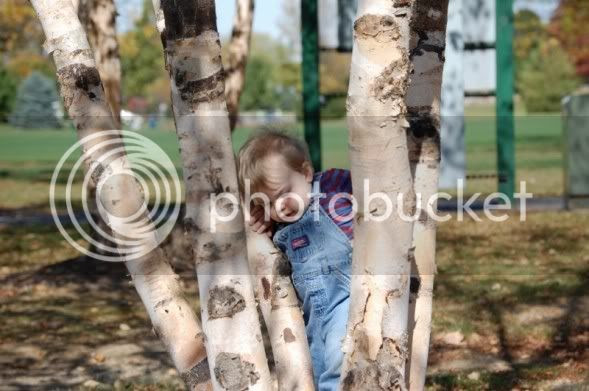 And there were presents. But the best part was watching Teagan help Zach open presents. Even though she was hugely excited, she didn't jump in and take over the present opening. She was very focused on teaching Zach how to open the present, how to tear the paper, showing him what was inside. He is very lucky to have his big sister there to guide him through these important milestones. 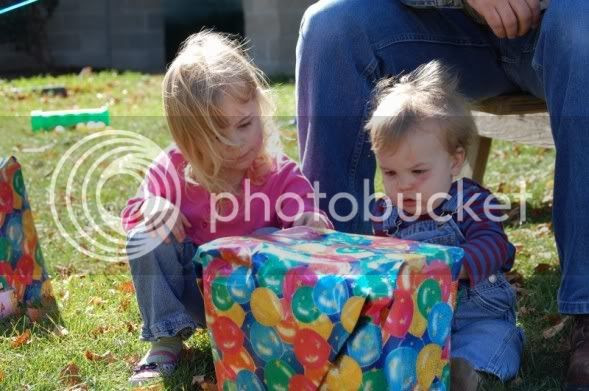 And what would a birthday party be without cake? This cake is special. Again, that relationship between big sis and little bro shines through. We have a family tradition of going out for ice cream on Sunday. We go to an ice cream shop that is in a little strip mall and part of the enjoyment for Teagan is walking the length of the mall and seeing in the windows of the other shops. Of particular excitement and interest on each visit is Taylor's Bakery. There is a room full of wedding cakes that you can see on display from the sidewalk- including a cake that seems to reach to the ceiling. Teagan decided a while back that Zach's birthday cake needed to come from Taylor's. And she has been carefully watching the window displays and making observations about different cakes and decorations. So we took his party invitation in and asked them to create a small cake that would be similar to the design on the invite. 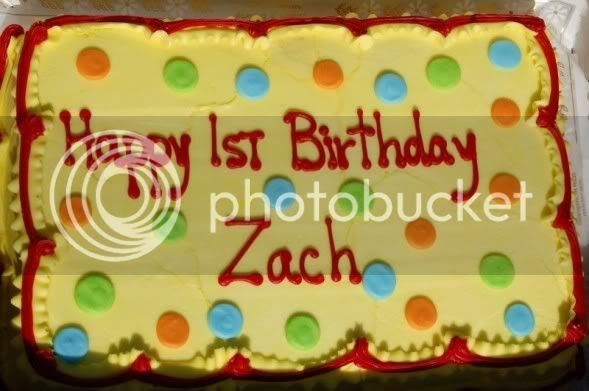 In addition, Zach got his very own "smash cake," designed like the number 1 and decorated to compliment the main cake. 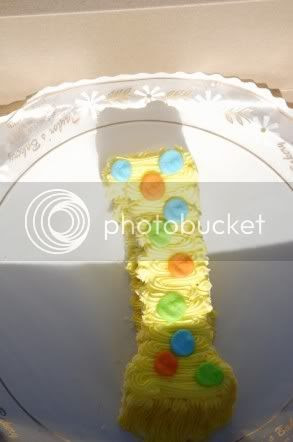 Teagan refused to even touch her cake at her first birthday party. Zach touched the cake but wasn't too excited about eating it. Instead, he was very interested in exploring the "buttons" on his cake and seemed confused as to why the buttons didn't produce light or sound of some sort. 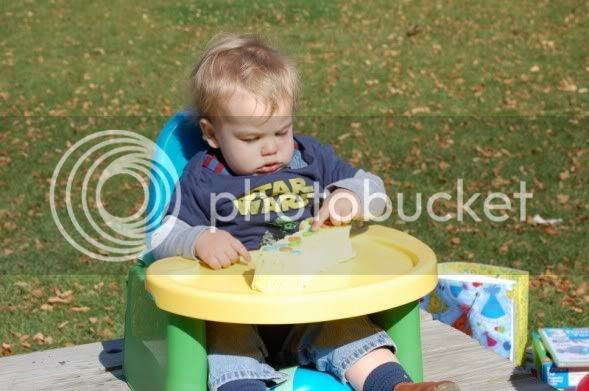 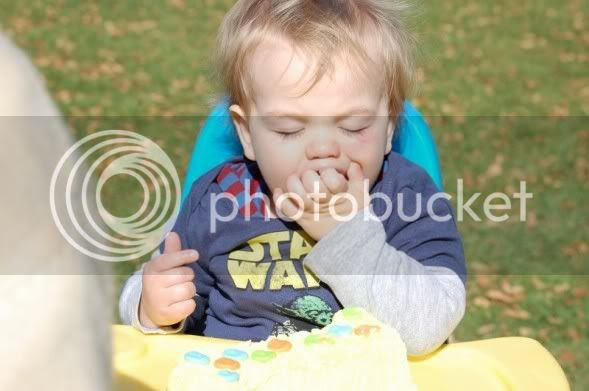 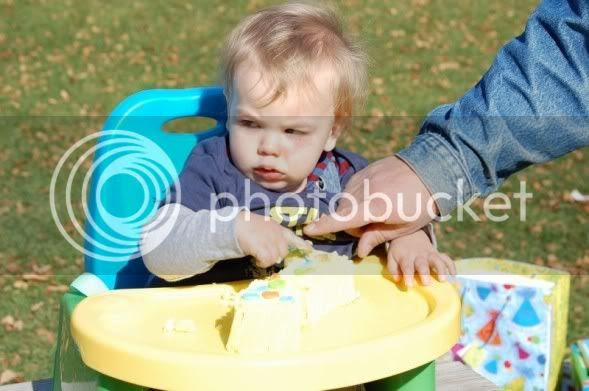 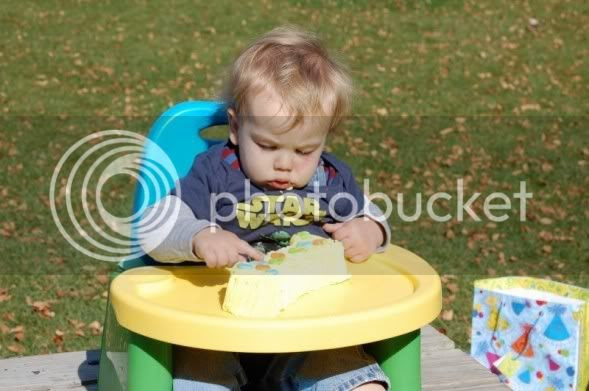 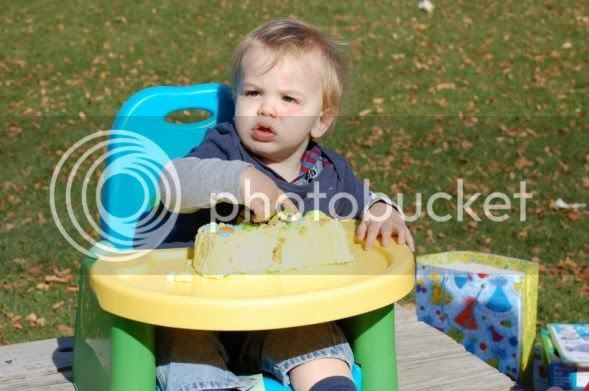 So it was a good day from the most important perspective- that of my kids. And especially of Zach. He got to experience presents and cake. He was surrounded by people who love him- even if it wasn't everyone who loves him. And by the end of the party, he was back to being his smiley self. 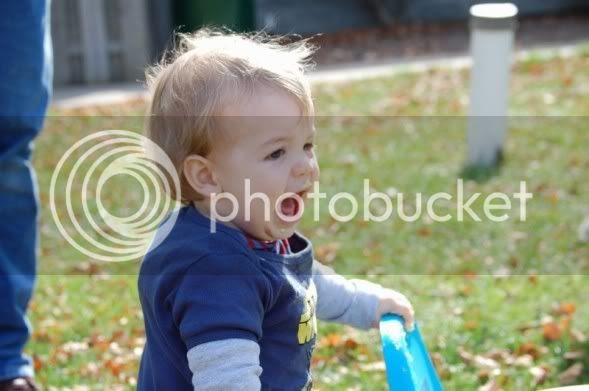 Tomorrow is his first birthday. One year ago today, at this time, I was certain that I would be pregnant forever. They were talking about having to consider induction. There were minimal signs of my body approaching labor and no progress over the past 2 weeks. And yet... here he is... impacting our lives in ways we never imagined. Our blessing, our surprise, our Happy Zappy!

I just love that zappy! I'm sorry it didn't work out the way you wanted it to, but glad that it was good for both of the kids regardless. Teagan is such a good big sister!

Oh Zap!! So cute and happy...even with the boo boo on his face. What a wonderful 1st birthday.