By Sunday, our family members had departed from Gatlinburg, as had a few friends. Those of us still around got together for a fun afternoon in downtown Gatlinburg! Christy, Dan, Tim, Jim, and Dave met up with us and we headed for the main drag. Dan and Tim had gotten a rave review for a restaurant so we all decided to head there for lunch (Cherokee Grill). We all enjoyed our dining experience- especially the company- and then headed out onto the strip for some strolling!

The shops in Gatlinburg range from quaint to extremely touristy. People watching can’t be beat! There were lodge shops and quilt shops and candy shops galore! Since Jeff and I were enjoying the weekend sans diet, we treated ourselves to some salt water taffy and turtles- yummy!

Christy, Dave, Jim and Liz took a trip on the Gatlinburg Skylift. The Skylift has been running since it was built in 1967. When we reached the top, we took some time to visit the giftshop as well as enjoy the view. On the trip up, there is a spot where your picture is taken. Outside the gift shop is a display of people who have come to Gatlinburg every year and taken a ride on the Skylift (the pictures are date stamped). We really enjoyed the series of a young girl with her father growing up to become a young woman with her husband and a child of her own. It was very touching.


Me and Christy at the top of the Skylift 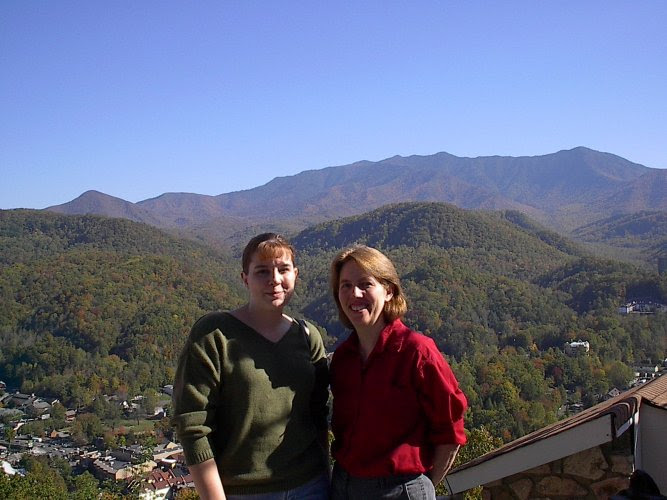 Me and Jim at the top of the Skylift 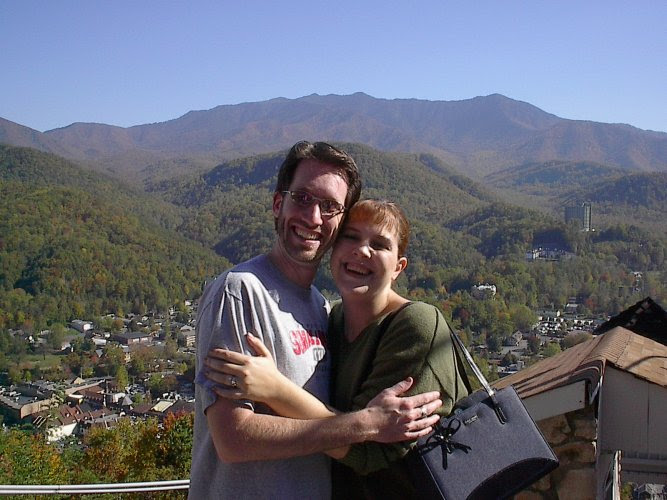 Jeff, Dan, and Tim- the men who couldn't handle the Skylift! 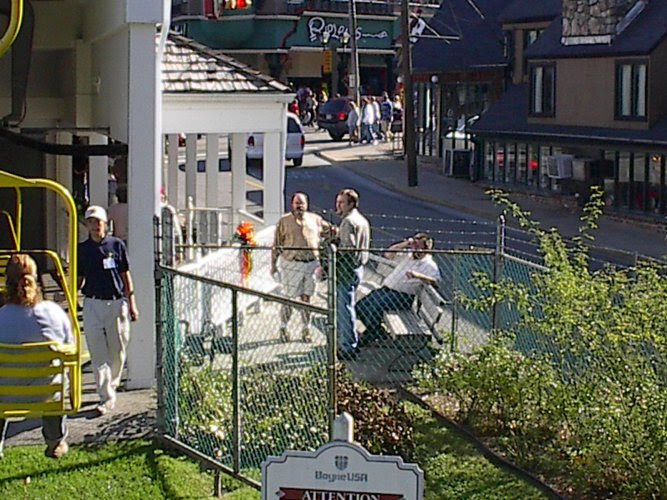 After the Skylift, the time had come for Jim and Dave to head back home. We said our goodbyes and the remaining friends continued strolling.

Soon, the afternoon had become long enough. Dan and Tim needed a little nap before the day continued. Brian had finally woken up at their cabin. So we called it a day and headed out of downtown Gatlinburg and back towards our cabins! The group decided to take a quiet evening on Sunday. We had originally planned to dine at a steakhouse called The Alamo. However, the wait was long and the prices were high. So we decided frozen pizza from a local grocery store would suit us just fine! Christy and I headed to the store while Brian and Jeff headed back to our cabin. Then we spent a relaxing evening in the company of 2 of our closest friends, enjoyed our pizza (which we almost burned- oops!), and watched a movie.
Labels: Gatlinburg Wedding