Anyone Have a Spare Free Trip to NYC? 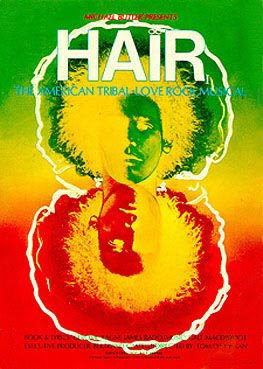 I wanna go to New York. Like... soon.
I want to go see the revival of Hair.
My mom is responsible for my passion regarding musical theatre. She introduced me to the movie musicals when I was a kid and then hooked me on live theatre when we worked the concession stand at the Cincinnati theatre that hosted the Broadway Series. I don't think she knew how deeply it would get into my blood, my soul. I'm sure she anticipated that I would develop an interest in the music and want to see shows. She probably didn't anticipate that I would end up involved in theatre starting in high school, through college, and then community theatre as an adult. And given that I didn't know how deeply musical theatre would impact me, I'm sure she had no clue.
There was one musical that my mother introduced me to and I don't think she had a clue just how much it would impress upon me... and I don't think she had a clue what all happened in this musical.
Hair is a 60's Lovefest. It completely changed the landscape of musical theatre by introducing the idea of the rock musical. It had an amazingly diverse and rowdy cast.
From Wikipedia:
Hair tells the story of the "tribe", a group of politically active, long-haired "Hippies of the Age of Aquarius" fighting against conscription to the Vietnam War and living a bohemian life together in New York City. Claude, his good friend Berger, their roommate Sheila and all their friends struggle to balance their young lives, loves and the sexual revolution with their pacifist rebellion against the war and the conservative impulses of their parents and society. Ultimately Claude must decide whether or not to resist the draft, as his friends have done.
My mom knew there was a nude scene. But since I was just listening to the music... no harm, right? I'm quite certain my mom had no idea that there were songs about drug use, sex, rebellion... Songs like...
Sodomy
Black Boys / White Boys
Hashish
There is just something about the story... the music... the lyrics... it has such passion, such power.
This has all come up because I watched the Tony Awards. The Tribe from Hair performed "Aquarius" and "Hair." And I want to go and see it performed. In NYC. On Broadway. I've seen the crappy movie and have memorized every word from the original soundtrack. I've never seen it onstage.
I want to go on stage for the Be-In. I want to be in the audience, completely part of the movement. I want to dance and sing and feel the energy and peace and love. I want to feel free and uninhibited.
I don't want to take my clothes off, though. I'll let the paid actors handle the nudity.
For now... I'll just reconnect with the soundtrack. It's been years since I've listened to it but I am finding that I still know every. single. word. 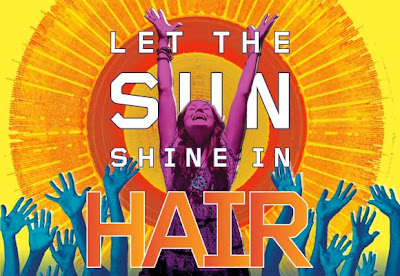 ah! "This is the dawning of the age of Aquarius!"

I love love love going to NYC to see musicals. Hair would be fun to see but I really want to see Jersey Boys.

Jersey Boys is coming to Indy on tour a year from now... we've also got The Color Purple and A Chorus Line this coming season and I'm debating going to see those. But Hair... I would need to see it on Broadway, in NYC. A touring show just wouldn't be the same. I've never felt such a "need" to see a show in NYC...

Me, too. There's something about Broadway.

I've been enjoying introducing my kids to the musicals that I love so much. My older son can sing the lyrics to Hair better than I can.

Helloww.. What the music do you like? Do you also like computers and technology?
Please visit back me..

OMG. I WANT TO GO. WE SHOULD GO. seriously, i am like DYING TO GO. i LOVE hair! this is so exciting! i need to go download the soundtrack!

Heather- it is ALL I've been listening to for about 24 hours straight now. I just looooove it!!