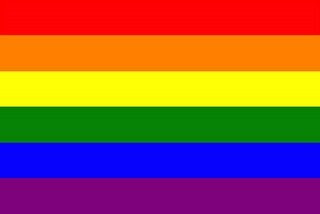 I'm not L or G or B or T but I am LGBT friendly and supportive.

So I send out 3 cheers to President Obama for this new Proclamation!

Forty years ago, patrons and supporters of the Stonewall Inn in New York City resisted police harassment that had become all too common for members of the lesbian, gay, bisexual, and transgender (LGBT) community. Out of this resistance, the LGBT rights movement in America was born. During LGBT Pride Month, we commemorate the events of June 1969 and commit to achieving equal justice under law for LGBT Americans.

The LGBT rights movement has achieved great progress, but there is more work to be done. LGBT youth should feel safe to learn without the fear of harassment, and LGBT families and seniors should be allowed to live their lives with dignity and respect.

My Administration has partnered with the LGBT community to advance a wide range of initiatives. At the international level, I have joined efforts at the United Nations to decriminalize homosexuality around the world. Here at home, I continue to support measures to bring the full spectrum of equal rights to LGBT Americans. These measures include enhancing hate crimes laws, supporting civil unions and Federal rights for LGBT couples, outlawing discrimination in the workplace, ensuring adoption rights, and ending the existing "Don't Ask, Don't Tell" policy in a way that strengthens our Armed Forces and our national security. We must also commit ourselves to fighting the HIV/AIDS epidemic by both reducing the number of HIV infections and providing care and support services to people living with HIV/AIDS across the United States.

These issues affect not only the LGBT community, but also our entire Nation. As long as the promise of equality for all remains unfulfilled, all Americans are affected. If we can work together to advance the principles upon which our Nation was founded, every American will benefit. During LGBT Pride Month, I call upon the LGBT community, the Congress, and the American people to work together to promote equal rights for all, regardless of sexual orientation or gender identity.
Labels: I'm An Ally

Somehow I missed this post. On behalf of all of the Ls and the Gs and the Bs and the Ts....thank you! It's great to have straight friends like you!