When You're The Best of Friends...

While my son adores his big sister and loves his mommy and daddy... he has a special relationship with someone else in our family. Sassy. Teagan has grown up with Sassy but hasn't connected with her until recently. She always saw her as an uninteresting toy or something. Teagan loves to take care of Sassy now (feeding her, filling her water bowl) and gives her pets and hugs from time to time. But not much interest in playing with her. Zach, on the other hand, loves to throw Sassy's "egg" or play tug of war with her. The tugging started recently and Zach thinks it is a hoot! Sassy totally gets it, too. She completely prefers to play with Zach and her tug toy than anyone else. If I pick it up or Teagan picks it up, she pulled once or twice and then lets go. But if Zach picks it up, she will really get into it! 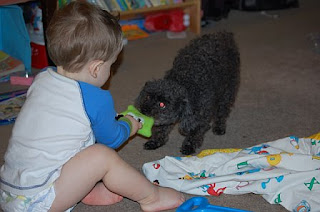 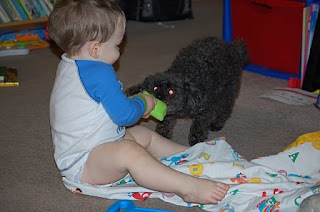 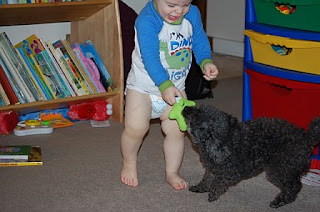 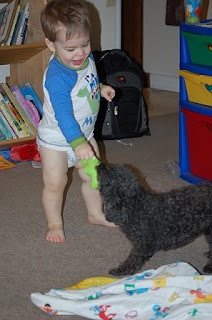 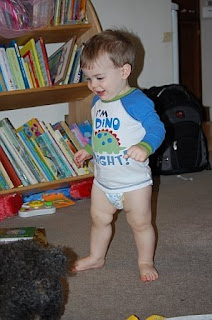 Their relationship started early on, too. As an infant, she would want to sleep close by where he was napping or be cuddled up when we nursed. They've always had a special connection, a different connection. 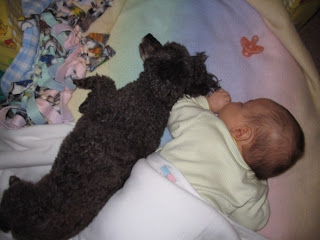 I think part of it is because Sassy lost her sister, Ginger, when Zach was just a little over a month old. And since he was still little and cuddly and not threatening, he became a source of comfort for her. 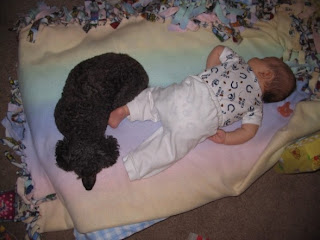 And for as rough as Zach likes to be, he is always gentle with Sassy. He loves to play with her but also takes great joy in petting her or rubbing her belly or just laughing at her antics! Sassy will be 11 years old this fall. I hope she has several more good, young years left in her so that my her boy can have a good, strong set of memories of his first dog. 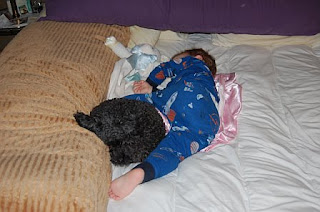 Aw! that is so sweet!

I can't count the number of times your blog has made me cry!
That's incredibly adorable.

ALSO whenever I get those "wwaaaa I wanna doggie" feelings I remember Cleaning up after them and having to find someone to look after them when you are on holiday and am glad FOR NOW that we are petless.

Huge puppy tears here. Such sweet photos. Dogs are genuinely a part of a family. Their love and loyalty is totally unconditional. God spelled backwards .....

awwww. i love those shots! so precious! he definitely has a best friend now!


(and i'm totally gonna do the newlywed game on my blog, and just type out curt's answer ;) )

I am a HEEYUGE believer in the benefits of kids growing up with dogs. As you've described, they can teach kids gentleness and consideration for others, even when those others are subordinate or different. Plus, responsibility, blah blah blah. But that putting yourself in another's place is difficult to teach so young.

I guess a rabbit or cat could do that too...but they're not so great at tug-of-war.

And yes, the kid-dog connection is indescribable. I was stunned when our first dog got ill in her old age; I had considered her a younger sibling and never realized she would live any shorter of a life than my brother and I. I was 15 when that happened! Duh...

I so totally get it!!! I grew up with three dogs and they were definitely an extension of our family. Love, love, love the pics...too cute!!!

Those pictures are awesome!